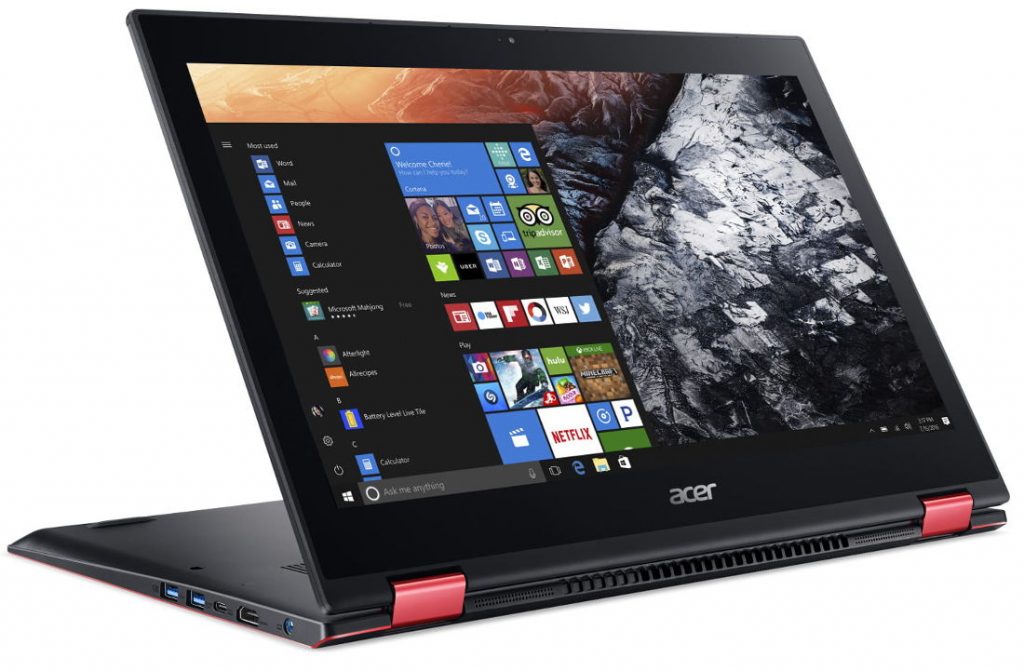 Soon after the announcement of Intel’s 8th Gen Intel Core Processors, OEMs are coming up with their own devices featuring the latest processor. Today, Taiwan-based computer maker Acer has announced the new Acer Nitro 5 Spin, a convertible notebook that serves the purpose for casual gamers. 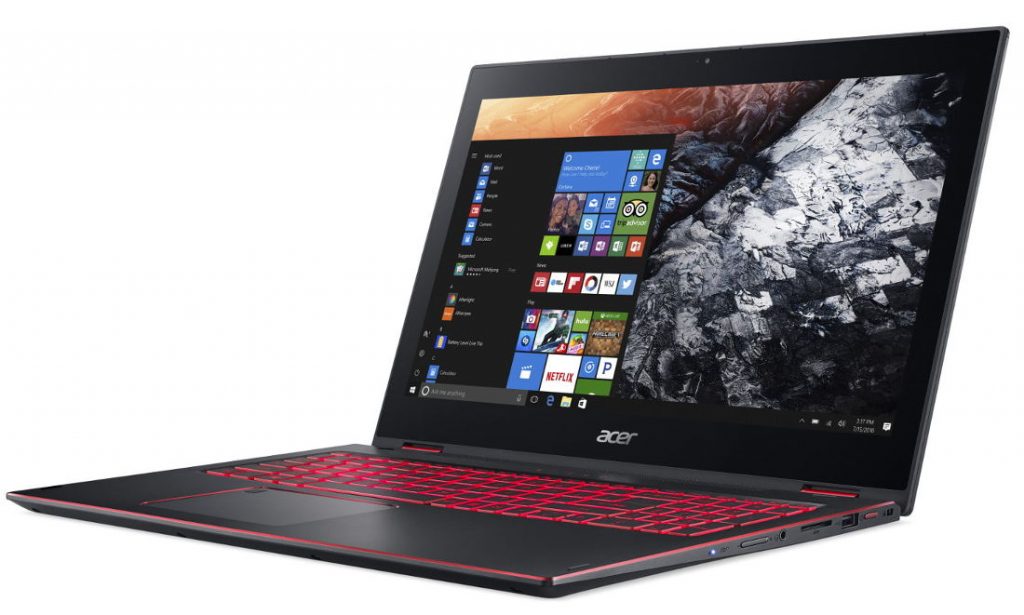 This 2-in-1 notebook comes with an all-aluminum chassis with a black brushed hairline finish and red accents. It is equipped with 8th Generation Intel Core i7 processor, NVIDIA GeForce GTX 1050 graphics and GDDR5 VRAM under the hood.

It sports a 15.6-inch IPS display and has a PCIe SSD of up to 512GB capacity onboard. With its 2-in-1 feature, you can switch its form factor between four modes: Laptop, Tent, Display (Theater), and Tablet. 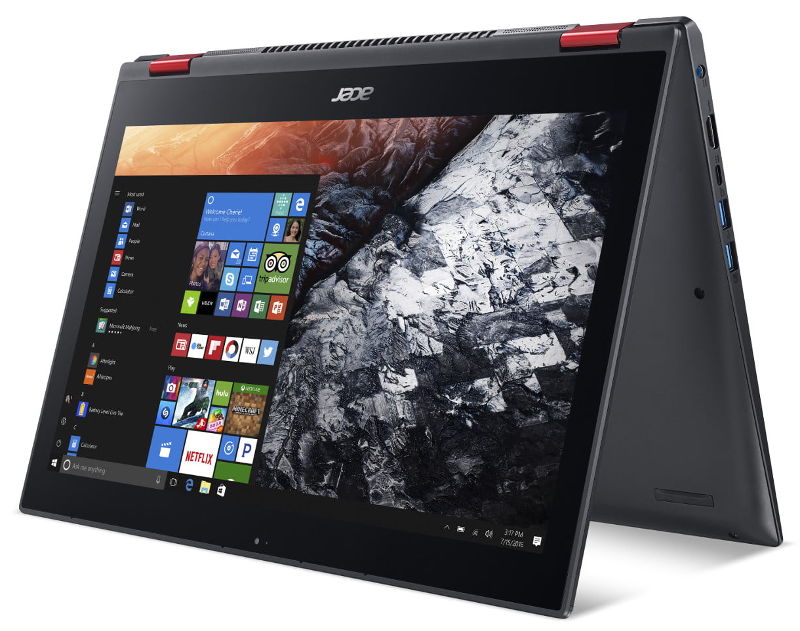 It also features Acer Color Intelligence, a proprietary technology that adjusts gamma and saturation in real-time, optimizing screen color, brightness and saturation without clipping and over saturation. Moreover, the display also has Acer BluelightShield, which help you to reduce blue light emissions that cause eye strain.

In an attempt to have more immersive audio experience, Acer has implemented Dolby Audio Premium, Acer TrueHarmony, and Acer Smart Amplifier for loud and rich sounds. This notebook has an omnidirectional ExoAmp Antenna that optimizes the antenna position for a stable wireless signal.