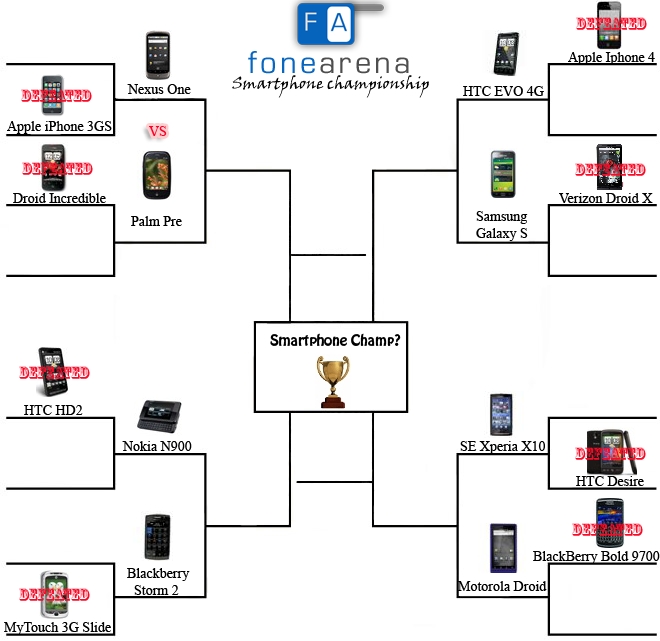 Okay folks, lets get back to the FoneArena Smartphone Championship. Due of some reasons, we were not able to manage the Tournament regularly, but now we are back and there will be a new match, every new day, so we apologize for the delay, and let’s get back to the tournament.

The first round of the Championship is over and now we are heading to the second round a.k.a Quarter Final, and once again Team FoneArena say thanks to all the readers for voting.