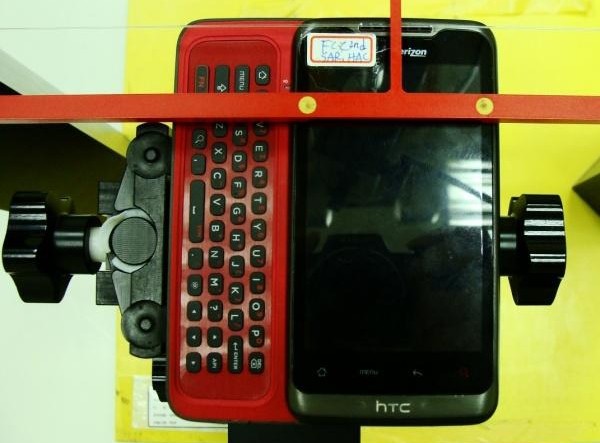 Back in August, we saw the first leaked screenshot of the Verizon Wireless first world phone, which is manufactured by HTC. Then after few days, we saw Verizon mentioning two world phones from Samsung and HTC, and I believe that  Verizon is talking about the HTC Android slider.

And now be ready for some more fresh scoop, the same HTC Android Slider recently passes FCC showing off Verizon branding on it. FCC confirms that the device will feature Wifi b/g/n, a 4″ inch screen, and CDMA 2000 and GSM 850 plus EV-DO Rev. We are not sure that the device is running an 1.2Ghz processor or not , but if yes then this device is probably the Droid Pro we heard about in Verizon Wireless leaked roadmap.

So that’s all folks, stay tuned with us for more news !