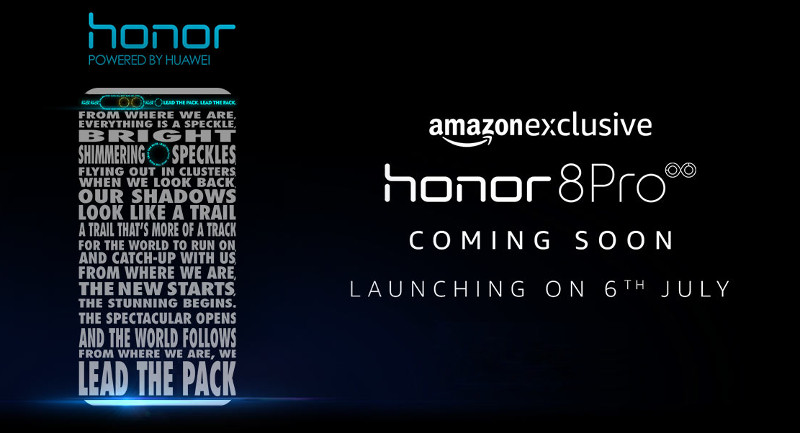 Huawei’s Honor brand is all set to launch the Honor 8 Pro smartphone in India on July 6th, exclusively on Amazon.in. This smartphone was introduced back in April and comes powered by Octa-Core Kirin 960 processor with 6GB of RAM.

In the latest report from XDA developers, the specifications of upcoming smartphones from Google codenamed “Walleye” and “Taimen” has been revealed. If the rumors turn out to true, Walleye will become the Pixel 2 and Taimen will become Pixel 2 XL.

Earlier this week two reports said that the Samsung Galaxy Note 8 will be unveiled at Samsung Unpacked event in New York in August, ahead of IFA in September. Now other report said that the phone will be launched at the end of September for about 999 Euros (US$ 1118 / 72120 approx.).

Currently, WhatsApp lets you share various types of files like sv, doc, docx, pdf, ppt, pptx, rtf, txt, xls, xlsx and similar via its mobile apps and web. Now, the popular messaging app is adding the ability to share all file types with your contacts.The file size needs to be under 128 MB on iOS, 100MB on Android and 64MB on Web.

Deal of the day – Lenovo mobile fest on Flipkart.