You have to hand it to Apple. With the intense media rumors that start building up before a traditional Apple device update period, even down to predictions around the date and timing of the event, Apple’s got a problem most product managers would give an arm and a leg to have. And what does the Cupertino-based outfit do? Well, Santa comes early this year, with Apple announcing a media event focused around music on September 1st, 2010, coming about six days ahead of a Bloomberg-rumored September 7 date. 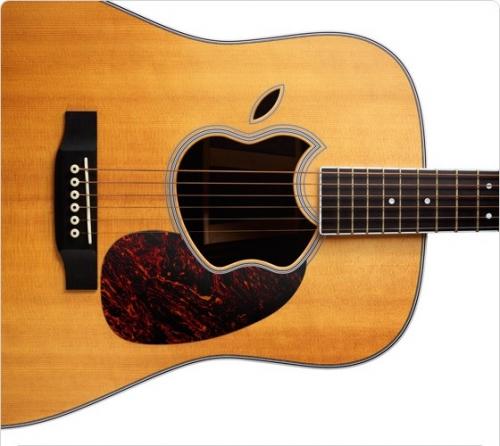 With the visual imagery in the invite, it’s patently clear there’s a new fourth-gen iPod touch coming, and if you’ve been following the case and touch panel leaks, the new iPod is expected to feature a 960×640 Retina Display, much like the iPhone’s, along with a front-facing camera for FaceTime as well. As we predicted, the opportunity to FaceTime-enable a whole generation of iOS devices will be too compelling for Apple to ignore. So, even though the iPod touch lacks a unique phone number to allow people to connect for a FaceTime call, analysis of the beta releases of iOS 4.1 show that the media player can identify users by their e-mail address. There may even be a back camera added to the iPod Touch as well, but we’re not holding our breath for that one!

Other candidates rumored for a revamp are the Apple TV, cloud-based iTunes and the iPod nano/shuffle. You’ll remember Apple TV to be one of the few Apple products in the recent past to not have struck gold, and the September update is expected to add in the iOS platform, streaming video and app support, not to mention a potentially controversial name change to iTV (ITV is a registered trademark of the ITV UK television network). The prospect is interesting – think ad-supported content from individual television stations, and a possible integration with the iPad with a remote control app, and suddenly, the dark horse in Apple’s stable will very much be part of the family. The iPod nano has seen an update every year since its launch, so there may be updates on the cards there, along with an iPod shuffle replacement that uses a miniature touch screen. We’d even go out on a limb to predict a unlikely-but-possible iPad update, but seeing that this is a music-focused event, this is looking rather improbable.

With the fanfare that’s expected to follow in the next week, it’s easy to lose sight of stuff that really matters. Such as a recent patent application by Apple to detect ‘Unauthorized’ iOS Device Usage. The application describes how particular activities performed on a device such as an iPhone could be indicative of “suspicious behavior”, possibly out of an unauthorized usage of the device. The patent goes on to describe how voice, facial characteristics, or heartbeat recognition could be used to identify whether a user is authorized to have access to a given device, and limit access to data in case of an intrusion, while simultaneously gathering data like photos, location and screenshots to identify the unauthorized user. 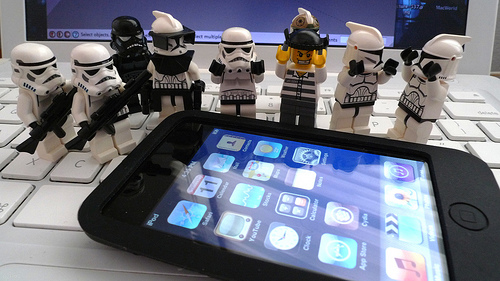 It’s not altogether improbable for this Orwellian move to be extended to detect activities that legitimate users perform on the device, such as jailbreaking, unlocking, or removing the SIM card and flag such users as ‘unauthorized’. One can only hope that with the number of patent applications a company like Apple files, this potentially invasive patent may well remain only on the drawing board, and never make it to a shipped product. I’m sure no one at Apple would want to be at the receiving end of the public outcry that would follow.