The good folks at WOMWorld are always upto something interesting. This time they are working on something called #NokiaBox where they are sending a mysterious box and invites to bloggers around the world. They also had mysterious invites on the Times of India and New york times about the event. 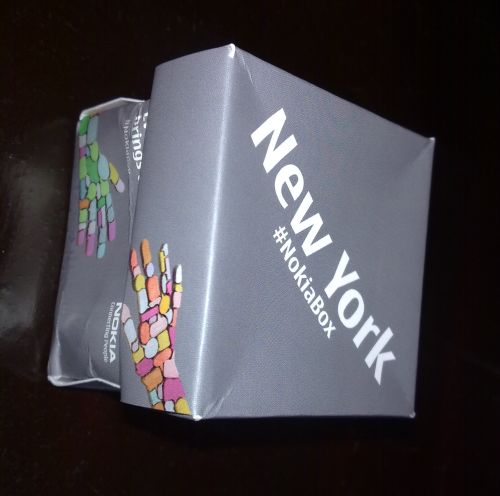 They are doing some event on Augst 18th and I feel this has go something to do with the N8. Watch the video below to find out what’s inside the Nokia Box

This is what Sandeep has to say about the event

A video has been posted about a Mystery Nokia event to be held on the 18th of August in London.

The parcel contained a small box called London Nokia Box. It says on it that “Every Message Brings Us Closer”. Inside the box is a red and black SanDisk Cruzer Blade USB Flash drive.

The USB Flash drive contains a video which says that a Global event is about to happen and it will bring some big news. They have selected few bloggers around the world to participate and they request them to use their skills. They also say that Nokia Box is coming and ask the bloggers to be prepared to receive further information.

The event is being organized by Nokia WOM World. We know WOM World to be quite extravagant and maintaining secrecy about event.

We are not sure whether the event will showcase a product or service but whatever it is, we expect it to be big and hopefully, we will get more information soon.