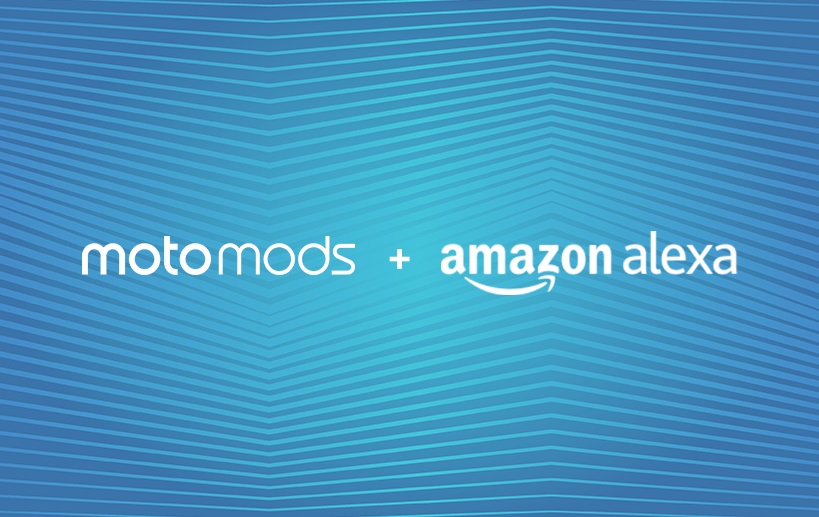 Motorola and Amazon have teamed up to integrate Amazon Alexa digital voice assistant into Motorola smartphones and Moto Mods. The announcement was made at the ongoing MWC 2017.

Amazon Moto Mod will allow users to Amazon perform everyday tasks like controlling your smart home, checking the news, requesting Uber ride and more by using voice commands. Motorola has also announced Moto Power Pack that will offer 50% more battery to the phone. It comes with an efficiency mode, which automatically charges the phone. The Moto Power Pack will be available starting in March for $49USD/€49.

Motorola also said it will be launching focused Moto Mods including a wireless charging Moto Mod, a Turbo Power Moto Mod and a charging adaptor. The Gamepad Moto Mod with physical controls, an integrated battery, and more is also expected this year. Finally, Motorola smartphones will also come baked with Amazon Alexa later this year.