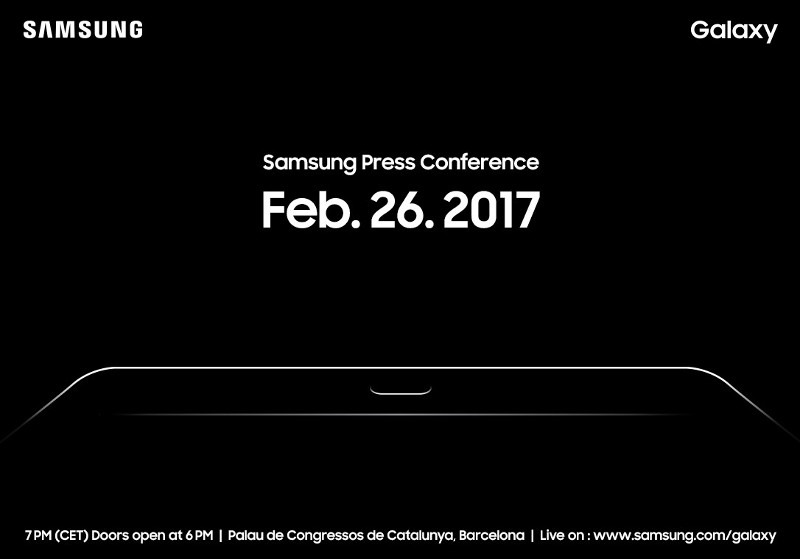 Samsung has finally sent out invites for its event at the Mobile World Congress (MWC) 2017 in Barcelona this month, which is scheduled for February 26th. Samsung already confirmed that the Galaxy S8 will not be introduced at the MWC and will debut at a separate event later, which is rumored to be set for March. The teaser in the invite shows a tablet’s home button which could be the rumored Galaxy Tab S3 that was expected to be introduced at the IFA last year.

The Samsung MWC 2017 event starts at 19:00 CET (11:30 PM IST) on February 26, Sunday at Palau de Congressos de Catalunya, Barcelona. As usual the event will be live streamed on YouTube.com/SamsungMobile