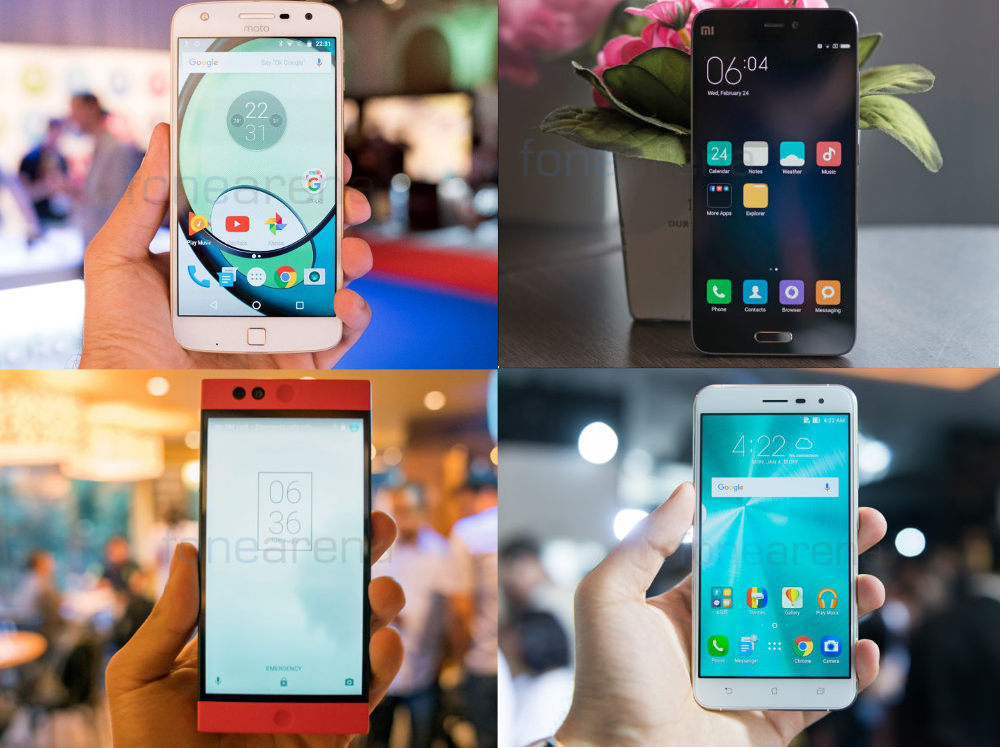 Smartphone sales within the leading 50 cities of India fell by a whopping 30.5 percent month on month in Nov 2016 over Oct 2016, according to International Data Corporation’s (IDC) monthly city level smartphone tracker.

The research firm attributed this downward trend to demonetization and resulting cash crunch along with the cyclically lean period after festive season in October.

Demonetisation has impacted the smartphone market at almost all levels including the customer demand and stock movement in the distribution channels. The slowdown was seen across all city tiers, with a de growth of 31.7 percent in Tier 1 cities and 29.5 percent in Tier 2,3 & 4 cities in Nov 2016 over Oct 2016. There was a huge drop in inquiries and significantly reduced footfall at the retail. To counter this, mobile phone retailers together with micro finance companies started offering zero down payment options to stir sales. 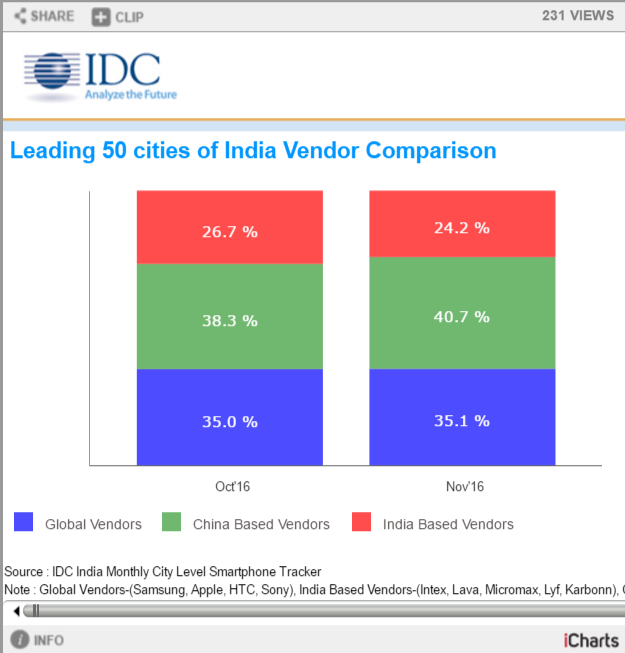 Joshi added that the premium smartphone segment saw some growth during the weeks following demonetization, wherein consumers were seen rushing to buy higher priced smartphones using the demonetized currency, with reports of these high priced models being sold at a premium. India based vendors were hit the most due to demonetization, with a drop of 37.2 percent in Nov 2016 across Top 50 Cities of India as compared to China based vendors with 26.5 percent drop and Global vendors with 30.5 percent drop over previous month.

In the offline channel, while the Indian vendors were struggling, the Chinese vendors like Oppo & Vivo pulled in strong demand largely due to their strong hold on distribution and better partner incentive schemes and promotional activities during the slowdown. However, IDC expects the impact of demonetization to be transitory with the market expected to bounce back to normal levels by Feb 2017. adds Singh.

The demonetisation came on the heels of a hit festival season in Oct, during which the smartphone industry is expected to have sold around a third of entire years’ volume. Cash purchases make up a significant portion of these purchases in both online and offline channels, hence the impact seen was immediate and more in below $200 price range which still makes up a large portion of the market.” 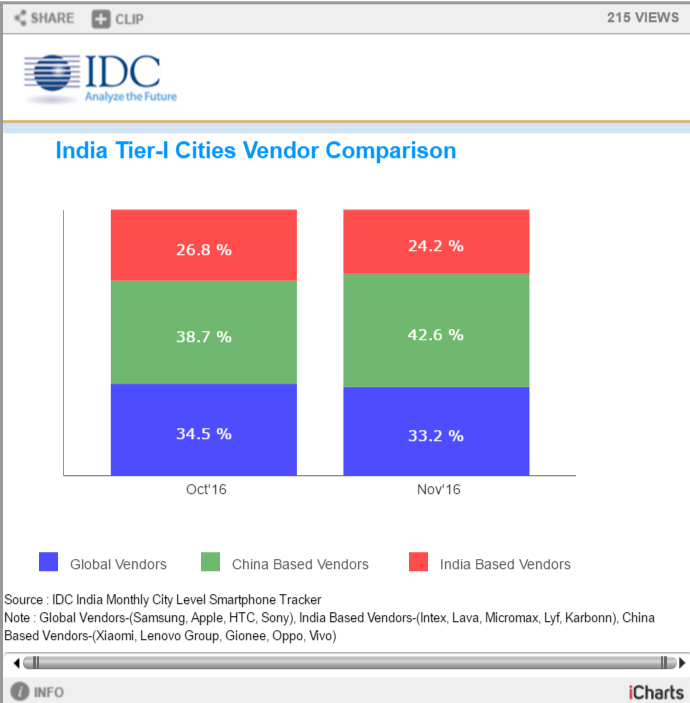 Chinese vendors increased their market share to 42.6 percent in in Tier-I cities from 38.7 percent market share in Oct 2016. They have extended their market presence in Tier-II and beyond with a marginal increase in the market share. In addition to seasonal decline and impact of demonetization in November, China based vendor’s market share improved sequentially owing of their high decibel marketing, increased credit line to distributors and efficient channel management. Market share of Indian vendors continue to decline across the tiers in November 2016 as it has become difficult to compete with the aggressive China based vendors due to shrinking spends in their marketing and the absence of good product assortment.