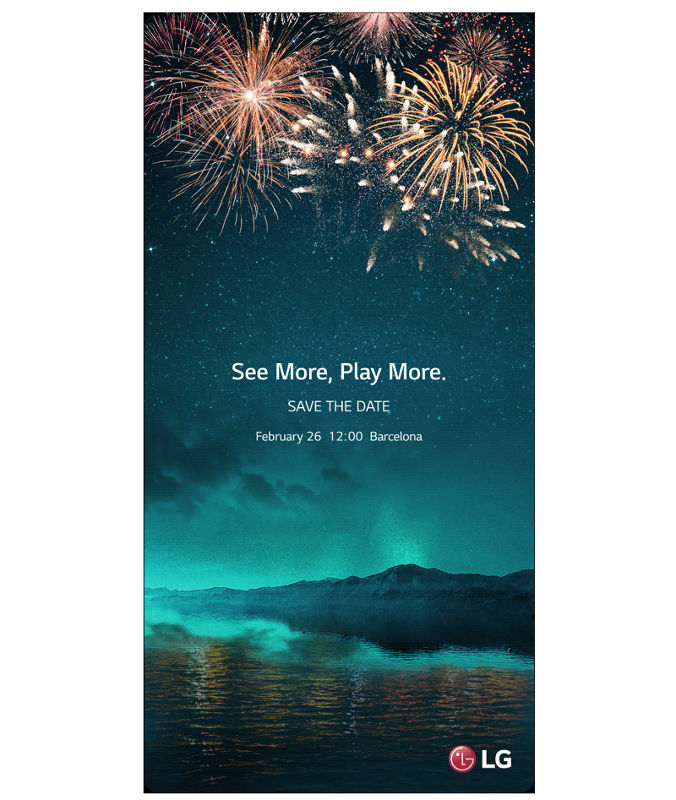 After Nokia, Huawei and Motorola, LG has also announced its MWC 2017 event in Barcelona on February 26th where it is expected to unveil its flagship LG G6 smartphone. The invite has caption “See More, Play More” along with the event date.

In a teaser video last week, LG said that the G6 will feature a big screen in a compact body for a comfortable one-handed usage and easy to fit in a pocket. It also said that the phone will be comfortable to hold without slipping out of your hand and will be waterproof.

LG Display recently introduced world’s first 5.7-inch (1440 × 2880 pixels) QHD+ LCD panel with a 18:9 aspect ratio. It will have narrow bezels. LG also said that the phone will have heat pipes to new products to lower the heat, so safety is greatly enhanced.

According to earlier rumors, the LG G6 will come with a USB Type-C port on the bottom along with a loudspeaker grill and also include a 3.5 audio jack on the top. It is said to be powered by Snapdragon 835 SoC and come with a new wireless charging module to charge the phone up to 50% in 30 minutes.