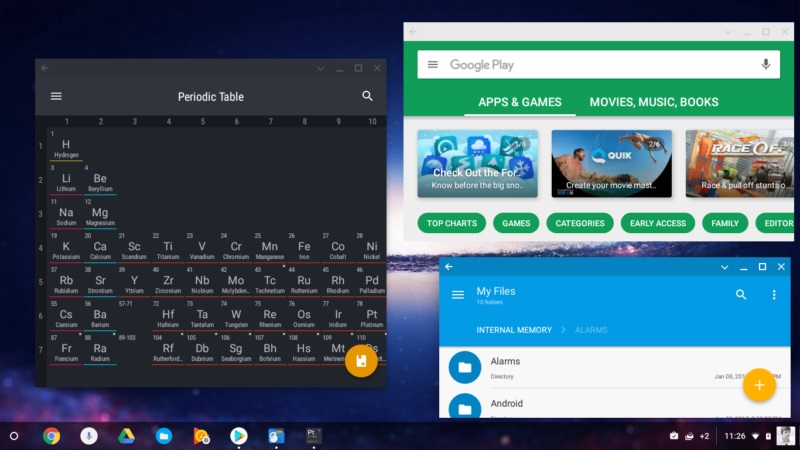 Android 7.1 is currently in testing in Chrome’s Canary channel, according to one reader of Chrome Unboxed. Nougat could be rolling out to a collection of Chromebooks as pictures of a pre-release version of Chrome OS featuring Android 7.1 integration have surfaced.

Google started rolling out Android Apps on certain Chromebooks in 2016. The Chrome Unboxed leader has shared bunch of screenshots showcasing Lenovo Thinkpad Chromebook running Android 7.1.1. As per the screenshots, it looks like the update will improve multitasking in Chrome OS which essentially means inclusion of multi-window support. Currently, the update is not available for all Chromebooks and could be available soon. It must be noted that Android apps on Chromebooks were running on an integration of Android 6.0.