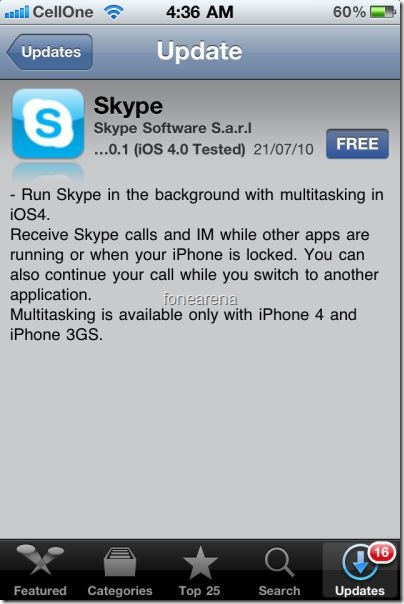 Skype had shown off Multitasking on iOS4 during an Apple event few months ago but we never had the chance to get the updated app so far. Today Skype for iOS4 is available from the App Store.

This is what the update brings

In light of that, we no longer have plans to charge a supplement to make calls over 3G. We’re delighted to make it easier for you to talk for even longer and do even more together using Skype.

Grab the new app now if you are a Skype user