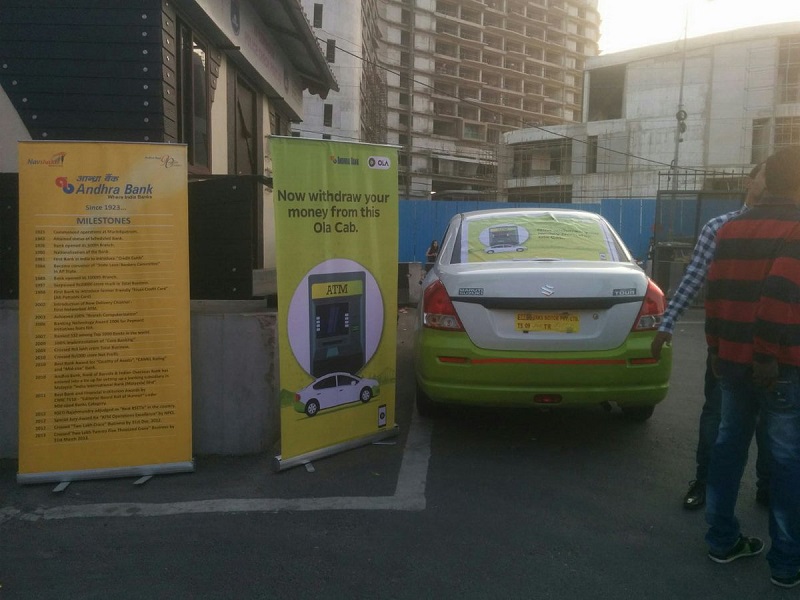 Ola is making it easier for people to beat the cash crunch following demonetization of Rs. 500 and Rs. 1000. The homegrown ride hailing service has teamed up with State Bank of India (SBI) and Punjab National Bank (PNB) to set up mobile ATMs in the country.

Ola will act like a mobile ATM where cabs with a bank officer and POS machine will be parked at different locations and dispense cash of Rs. 2,000 per card. Currently, Ola is piloting the new initiative in Kolkata and Hyderabad. In Kolkata, Ola has teamed with Punjab National Bank (PNB), while for Hyderabad, it has collaborated with SBI and Andhra Bank. Cabs are visiting areas like Chandni Chowk Metro Station, Esplanade Metro, Barabazaar, Salt Lake, Exide and Rashbehari in Kolkata) while areas including KBR Park, JNTU, Inorbit Mall in Hyderabad.

According to Ola Chief Operating Officer Pranay Jivrajka said that the initial response has been great and the company was exploring with banks to expand this service to other cities including Delhi with cash being dispensed on the go rather than current experiment of cars being parked at a particular busy point.