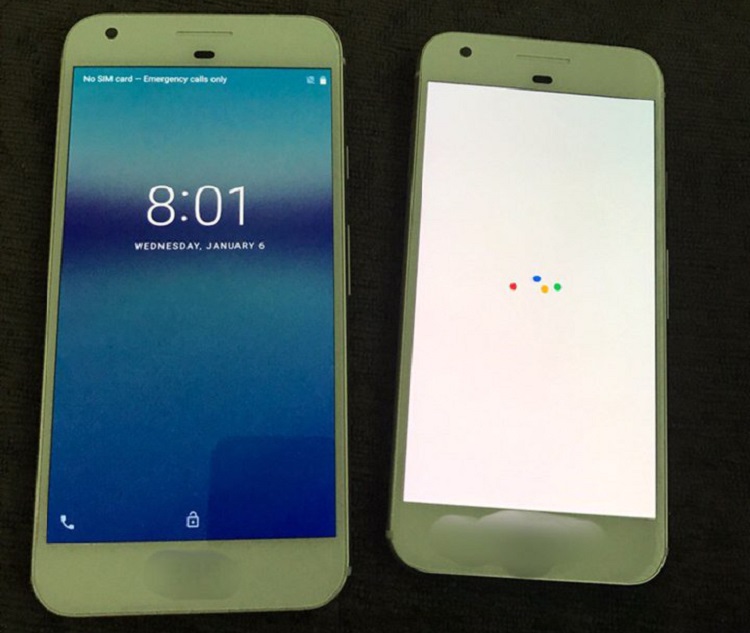 Earlier today, Google officially announced that it has scheduled an event on October 4th where it is expected to announce the Pixel and Pixel XL smartphones. Now, both the phones have surfaced in leaked photos showing a clear look at the design.

The images that were shared by Android Police show front and back of the phone. Pixel and Pixel XL are seen in white variant and are placed next to each other. At the front you can see slim bezels, front camera, earpiece and a sensor below the earpiece. The Pixel XL will have 5.5 inch display while Pixel will sport a 5-inch display. 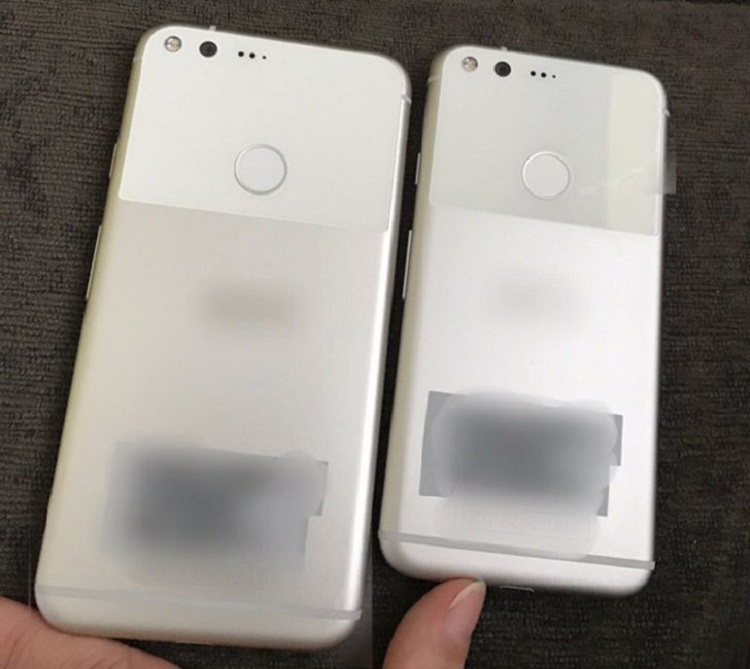 It looks like the phones are made out of aluminium but top half of the back is made in glass. The rear camera with LED flash is also clearly visible along with three small holes next to it. A fingerprint sensor is present at the center similar to last year’s Nexus 5x and 6P. The photos show antenna lines at the lower back.

The Pixel and Pixel XL will be manufactured by HTC. Android Police states that Pixel which is the smaller variant of the two could start at $649 (Rs. 43500 approx.).