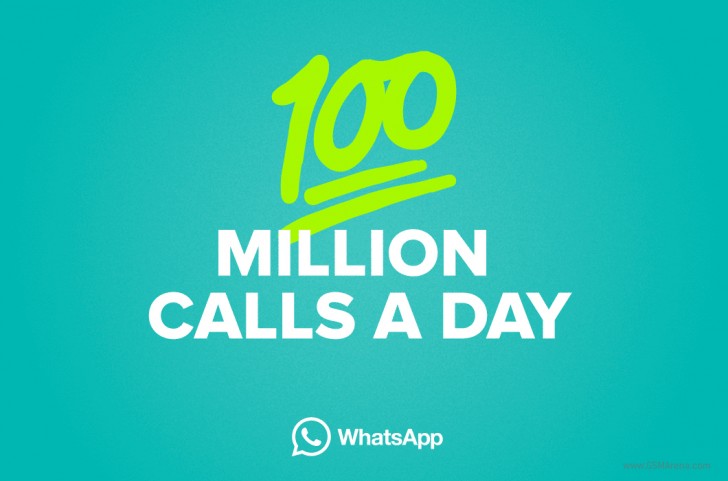 WhatsApp Messenger already has over 1 billion monthly active users. Now, the popular instant messaging service has announced another milestone which is related to voice calls.

WhatsApp has revealed on its blog that its users are making 100 million voice calls every day. That means WhatsApp handles over 1,100 calls per second – all day, every day. The voice calling feature was rolled out to all users on Android in March last year.

WhatsApp voice calls makes it easier for users to make local as well as international calls via an active data or WiFi connection. Just last month, WhatsApp started getting the Video Call option in the latest beta (v2.16.80) on Android.