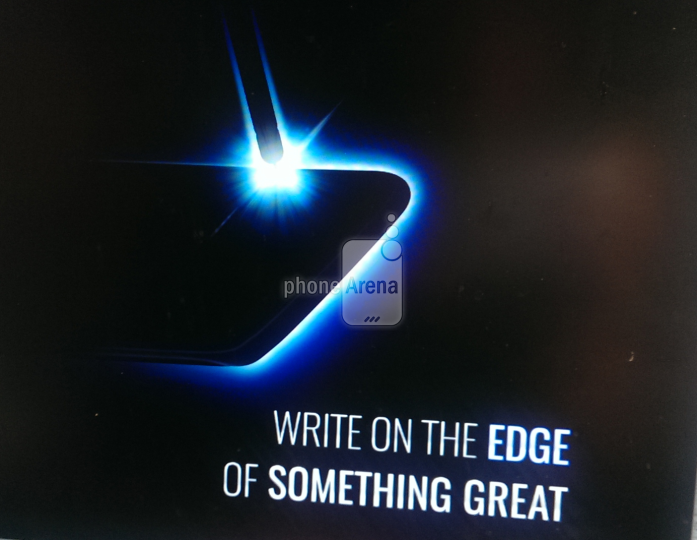 We have seen several reports and leaks that have suggested that the Samsung Galaxy Note 7 will have a curved screen similar to the Galaxy S7 edge. Now, a teaser leak from almost confirms the dual curved screen and the name Galaxy Note 7. Samsung is tipped to release an edge variant of the Note 7 as per earlier rumors.

The leaked teaser shows back of the phone with a stylus while the text reads “Write on the edge of something great”. Samsung has decided to go directly with Note 7 this year in order to bring the device in current Galaxy S7 and S7 edge smartphone in terms of branding. Hence, the company is expected to drop the Galaxy Note 6 branding.

According to earlier reports, the next Note device is expected to come with a 5.8-inch QHD curved display, 6GB RAM, 4000mAh battery and USB Type C. It could sport 12-megapixel Dual Pixel camera used in the Galaxy S7 and S7 edge smartphones with IR autofocus. The phone is expected to feature an iris scanner.