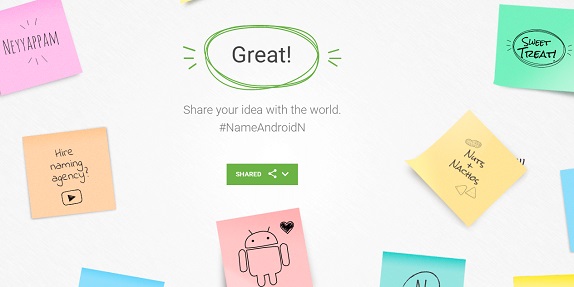 David Burke, VP of Engineering, Android announced at the I/O developer conference yesterday that it is garnering suggestions from users before finalizing a name for Android N.

The Android N name won’t be selected based on your vote, however your submissions will be taken into consideration. Over the years, Android names have been related to sweets like Marshmallow, Lollipop, Gingerbread, Ice cream sandwich and so on.

Google has launched a new site where you can submit your suggestions until June 8. During his visit to India in 2015, Google CEO Sundar Pichai said the next version of Android could be named after an Indian sweet, if it wins the poll. Current frontrunners for the name are Nutella and New York Cheesecake but our Indian treat Nankatai is also said to be a possibility.