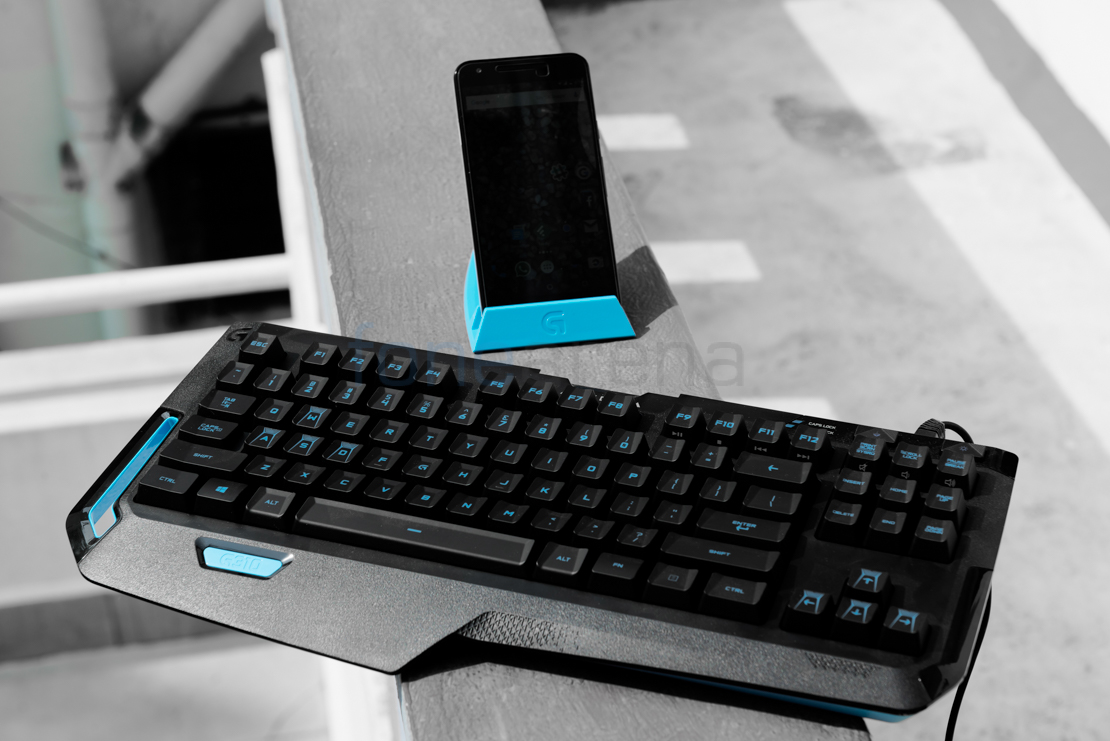 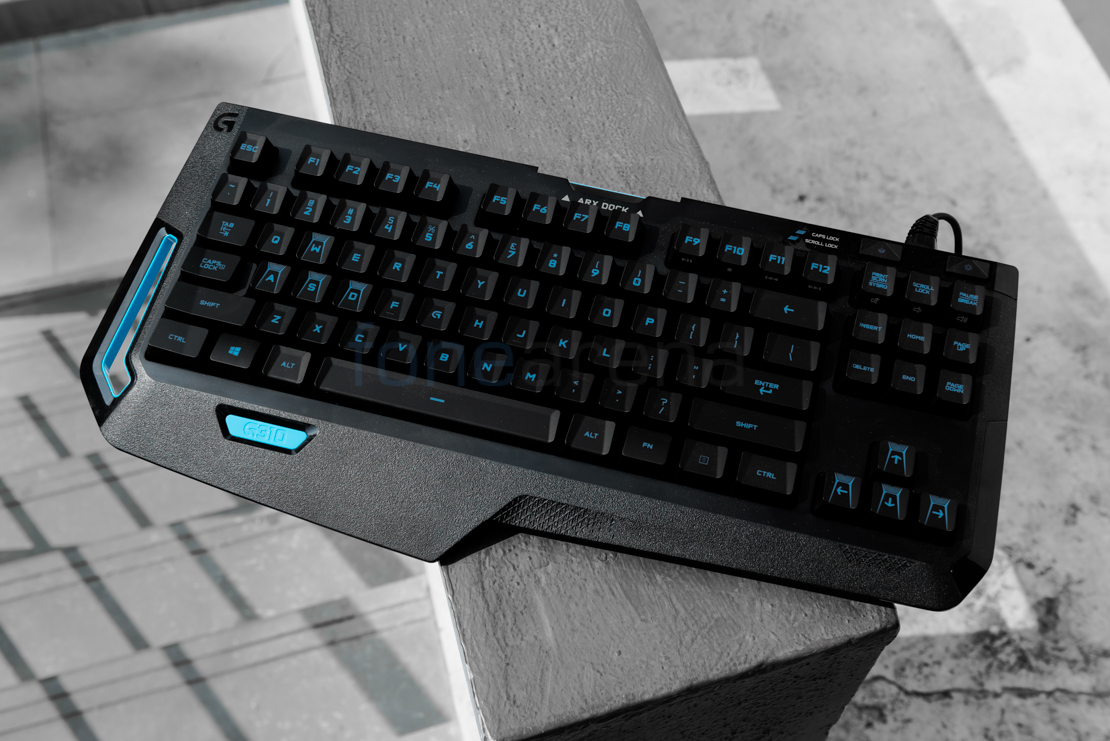 Logitech has been an important player in the gaming keyboard market. In the late 2014, the company had launched the G910 Orion Spark keyboard while late last year it unveiled G310 Atlas Dawn Compact Mechanical Gaming Keyboard. The G310 is a compact and portable keyboard which is a toned down version of the G910. We have got our hands on the keyboard so let us see in this review if this could be your next gaming companion.

As mentioned earlier, the G310 is compact keyboard as Logitech has removed the macro keys, media control functions, and number pad on this one. The keyboard and the keys are made of plastic and measures 390.5mm long, 185.2mm wide and 35.5mm thick and weighs just 765 grams.

One of the popular features of the keyboard is the Romer-G mechanical switches that are made by Logitech. The company claims that these Romer-G switches register your keystrokes “up to 25 percent faster” compared to other mechanical switches. Moreover, according to Logitech the switches feature an average lifetime rating of 70 million keystrokes, which is said to be 40 percent longer than any other switch in the market. 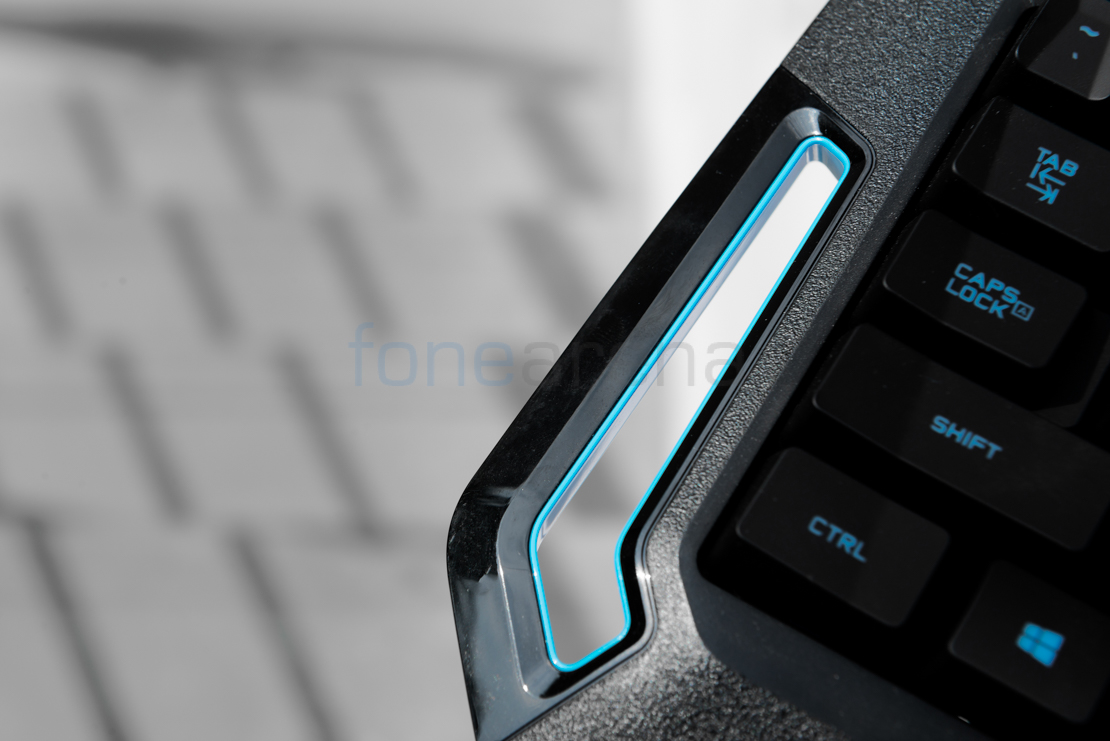 On the left, the keyboard has a small loop which makes it easier to carry it around but this makes the keyboard a bit wide and chunkier. 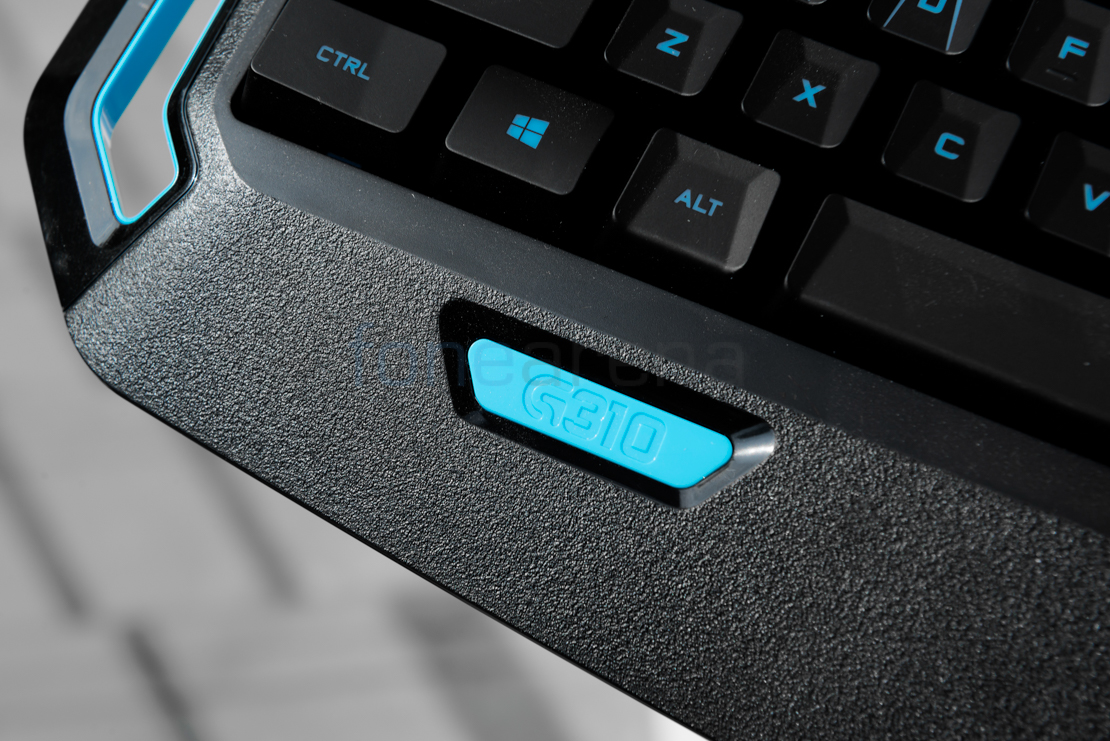 The half palm rest is small and does not offer necessary support at the time of playing. The G310 branding is present on the palm rest. 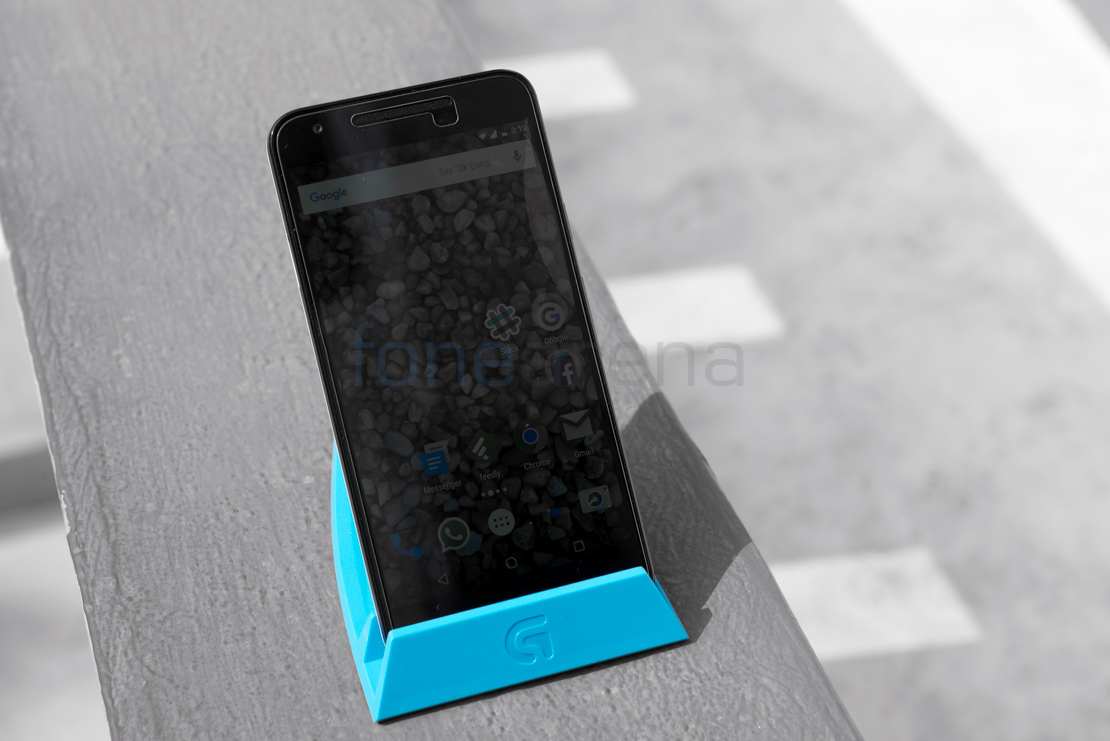 What makes the Atlas Dawn really stand out is that it has a retractable ARX Dock built into it. The ARX Dock can be completely detached from the keyboard which makes it easier to keep the phone or tablet away at the time of gaming. 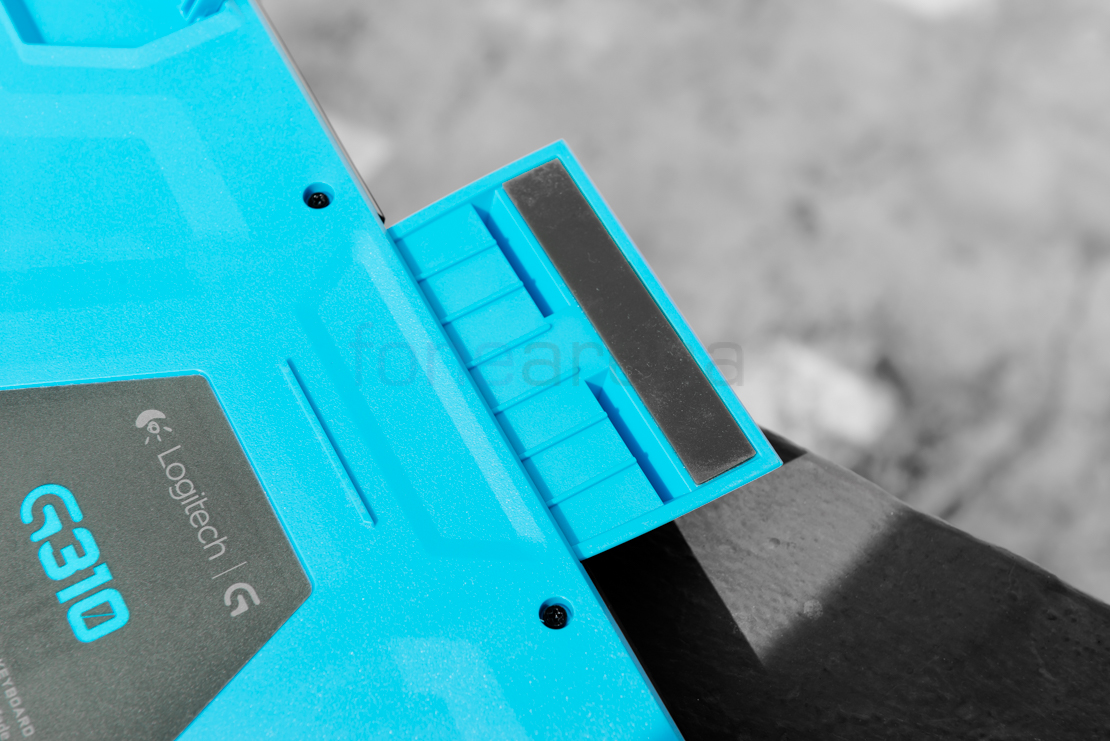 The ARX dock is present on top of the board and is designed to be used in conjunction with the Arx Control app which is also developed by Logitech. Thanks to the dock, your smartphone or tablet can be used as a second screen, displaying in-game information, system stats, and so on. 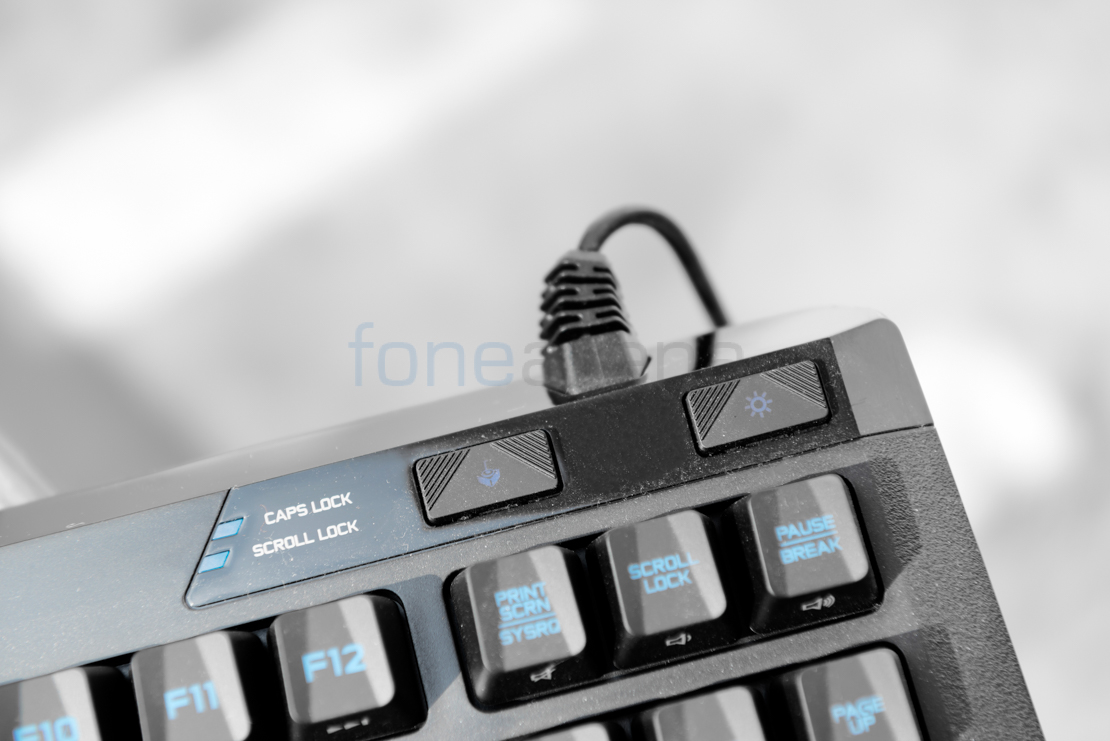 Similar to the G910 Orion Spark, the G310 Atlas Dawn also comes with a non-detachable cable, which is a disappointment. Considering the size and compactness of the G310, a detachable cable would have been great as it offers better portability. The non-detachable cable is present on the upper right hand corner and it measures 6 ft. (1.8 m) in length. 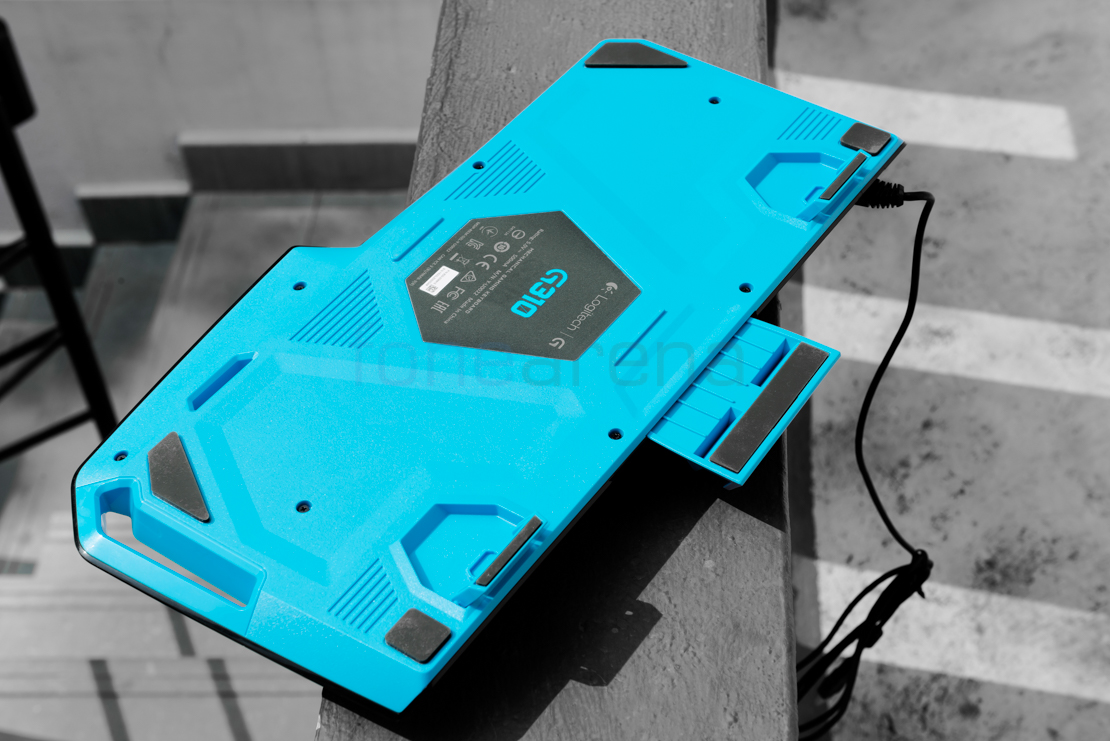 On the back of the keyboard there are rubber pads. These are small but hold the keyboard intact on a flat surface. 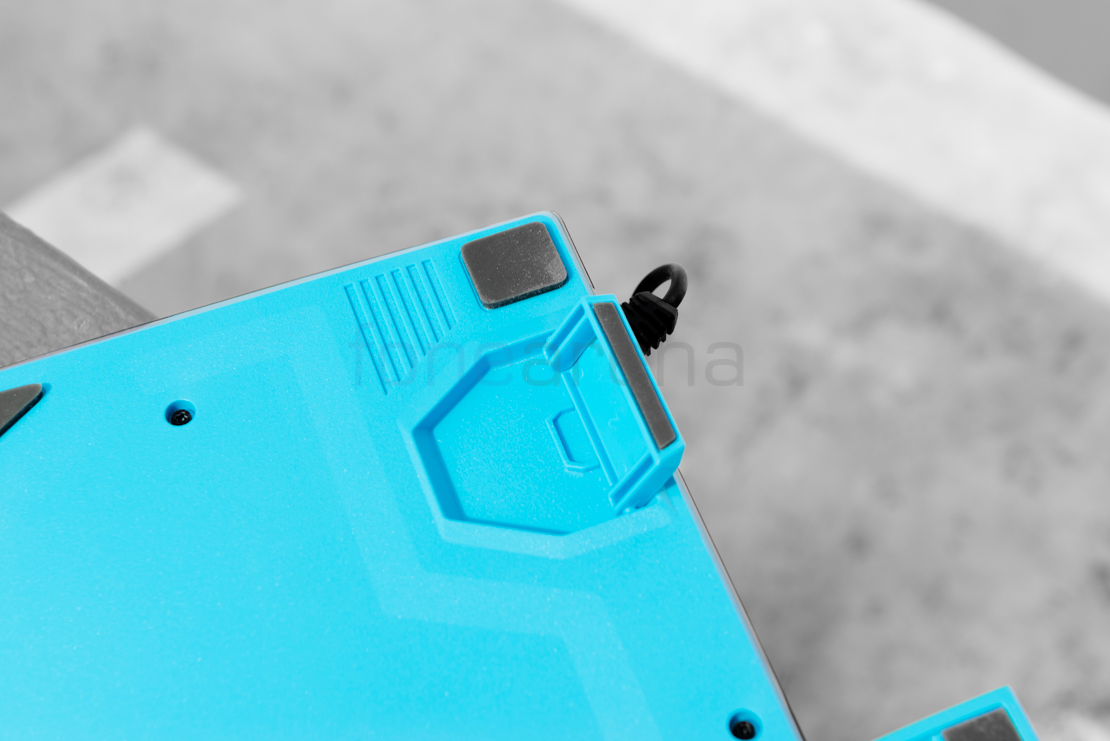 Moreover, there are two legs at the back for additional support which also slightly increases the height of the keyboard. 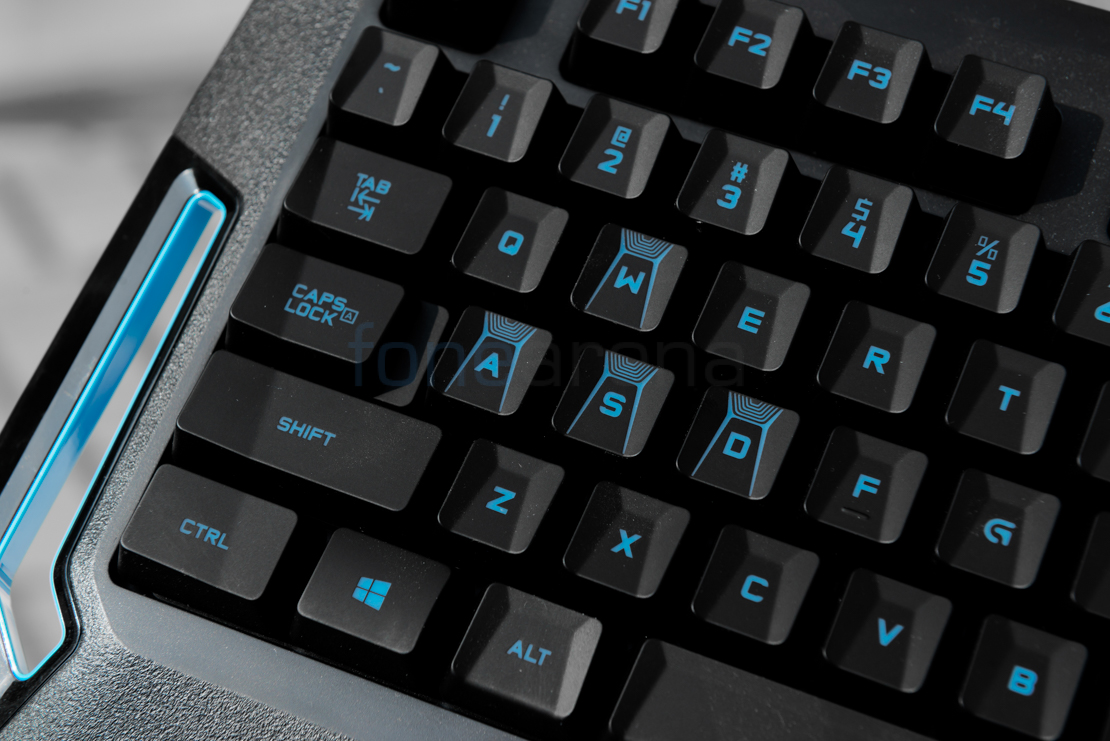 This is a ‘TKL’ keyboard, meaning it has 10 less keys which is the one of the reasons it is smaller in size. Logitech has also chucked away the Numeric keypad on this. One of the things which sets this keyboard apart are the keycaps, which for starters have an angular shape at the sides and they help to rest the tip of your fingers properly. This may be helpful for playing games while pressing buttons, but it is a bit uncomfortable for long hours of typing.

There are two important keys on the top right corner – Game/Windows Key and the Backlight Key. The former disables the Windows key and Menu key to prevent the Windows Start Menu from accidentally activating during a game. The Game mode LED lights up during Game Mode. Meanwhile, the Backlight key lets you control the luminosity of the backlight on the keys. You can select from four brightness levels – 100%, 75%, 50% and 25%. The key caps on the center-illuminated with blue backlighting. The intensity of the color can be changed according to the gaming environment and game play. However, it does not offer the ability to customize LEDs. The LED illumination is even and bright and there is no light leakage between the keys.

There are no dedicated media keys on the G310 instead they are integrated into top row of keys that lets you perform actions like play/pause, stop, rewind, forward, mute, increase and decrease volume. These actions are accessed via the function key and the symbols are not etched on the key so they don’t show up backlit. 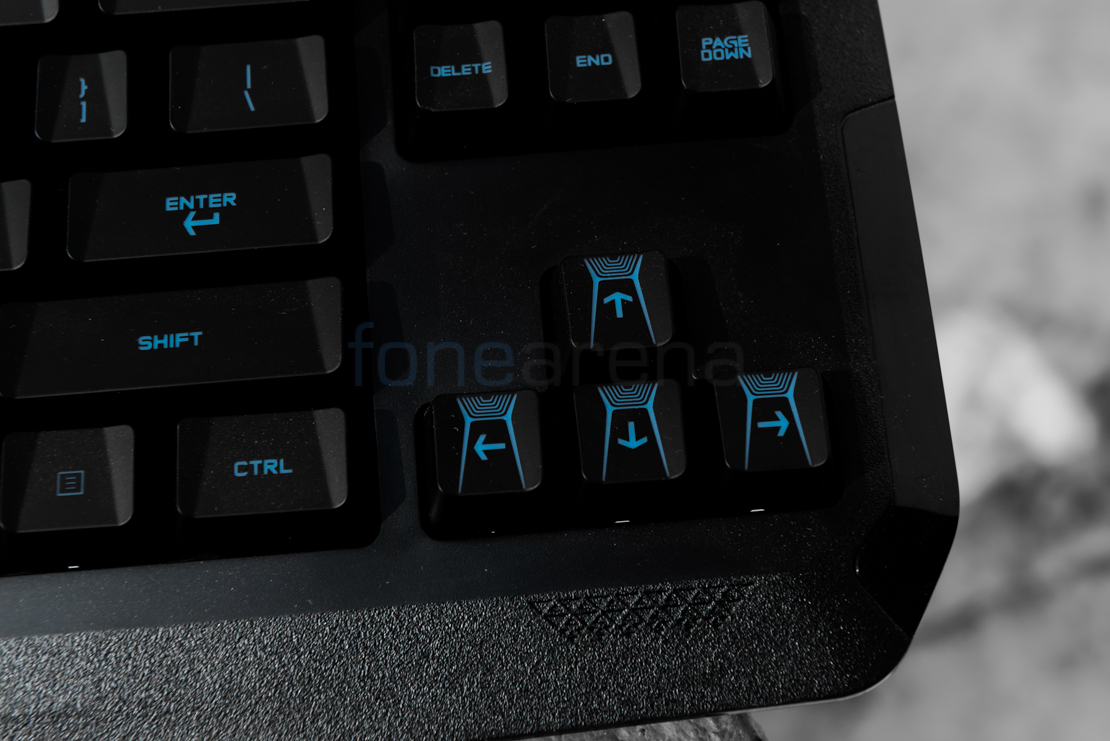 The WASD keys and the four arrow keys have an extra design on it which makes it easier for quick identification. Since the keyboard supports anti-ghosting technology, there were no issues about strokes not getting registered.

The Logitech G310 Atlas Dawn gaming keyboard scores when it comes to design and form factor. Although the keyboard is entirely plastic, it does not feel cheap. Logitech-made Romger-G Switches help the keyboard stand out from the lot. Also, the removable ARX Dock is a great addition as you can get an option to play games present on your smartphone or tablet. However, the non-detachable cable is a letdown as it restricts portability to some extent. Also, the keyboard lacks numeric keypad and dedicated media which could be deal breaker for some users. To sum up, the G310 Atlas Dawn is a decent gaming keyboard and does the job for you at a reasonable price tag.

The Logitech G310 Atlas Dawn Compact Mechanical Gaming Keyboard is priced at an MRP of Rs. 8,995, but it is available from Amazon.in at a price of Rs. 5,695.