Google is offering a big discount on the Nexus 5X in India on the occasion of the upcoming Holi festival. The company is giving Rs 4,000 discount for the Nexus 5X on the Google Store in India till March 27. 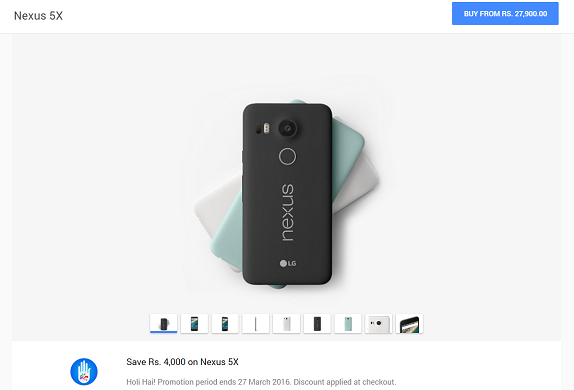 Earlier this week, Nexus 5X received an update that added performance improvements and bug fixes. Check out our review for the Nexus 5X