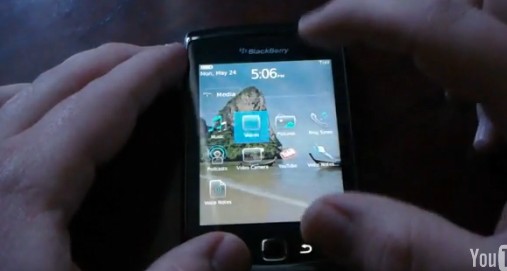 Blackberry OS seriously needs a revival and looks like RIM is working on making BB 6.0 pretty interesting. A video which shows the rumored BB 9800 Slider running the latest OS has been posted on Youtube  and looks like the phone is using a capacitive screen. Although the new UI looks pepped up , it still has the Blackberry roots. We also see a Cover flow for the Music player.

Looks like BB OS 6.0 Devices might actually kick ass. Thank god the screen is not using Surepress technology atleast in this video. I have never been able to type on one although many users are comfortable with it.

This device 9800 Slide packs both a touchscreen and a slider QWERTY which would be a great combo !