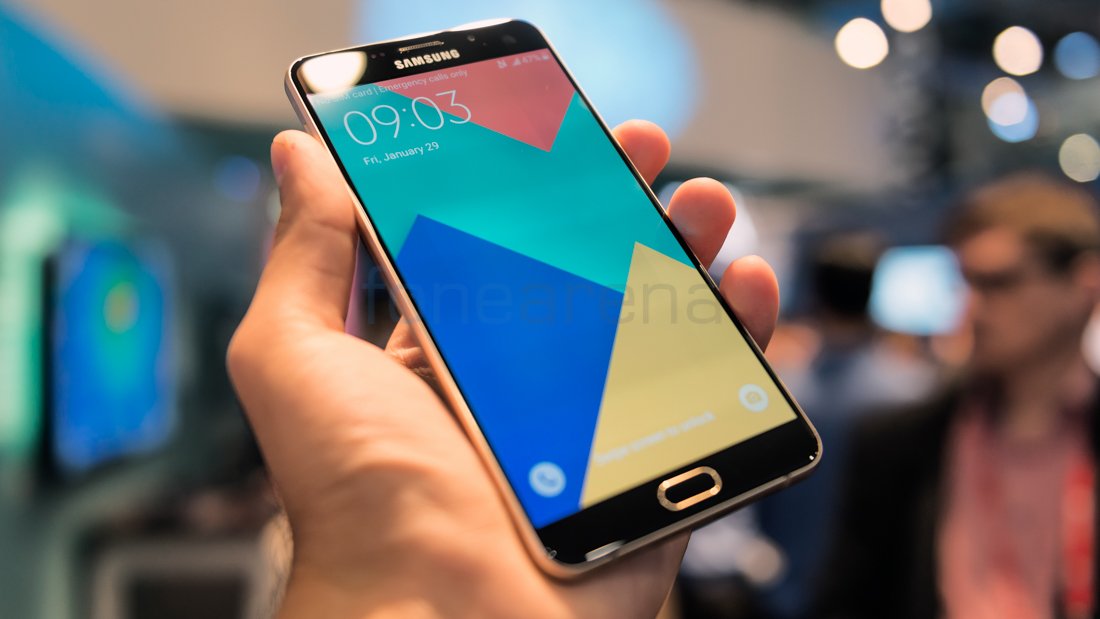 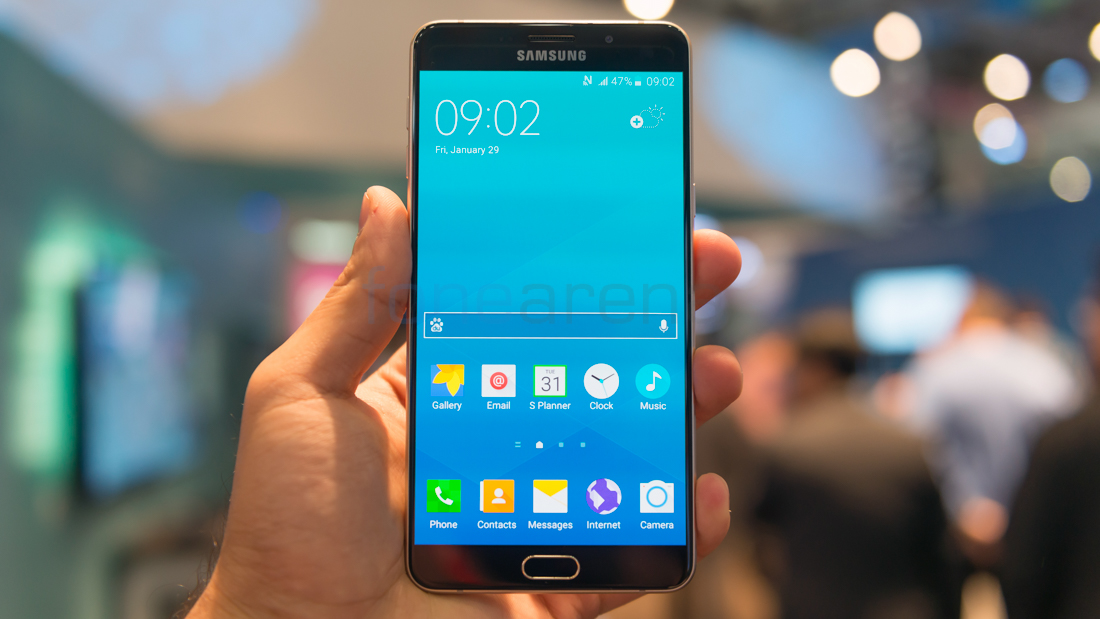 Samsung had announced the Galaxy A9,  top-end smartphone in the ‘Galaxy A’ series in December last year. We are live at the MWC 2016 in Barcelona and got to check out the phone, so let’s take a quick look at the hardware and specifications of the phone.

There is a Samsung branding on top of which is an earpiece. The phone has an 8MP front camera with f/1.9 aperture and the usual set of proximity and ambient light sensors.

The trademark physical home button is present below the display on the bezel and it comes equipped with a fingerprint sensor. There are two capacitive touch buttons on either side of the home button.

The separate volume rocker keys are present on the left side of the phone.

A microSD and nano SIM card slot and the power button is present on the right side of the phone.

On the top, the phone has a secondary microphone, antenna bands and secondary nano SIM card slot.

At the bottom the phone has a 3.5mm audio jack, micro USB port loud speaker grill and primary microphone. Also seen are the two antenna bands.

There is a 13MP rear camera at the back that comes with OIS, S5K3L2 sensor, f/1.9 aperture and LED flash. 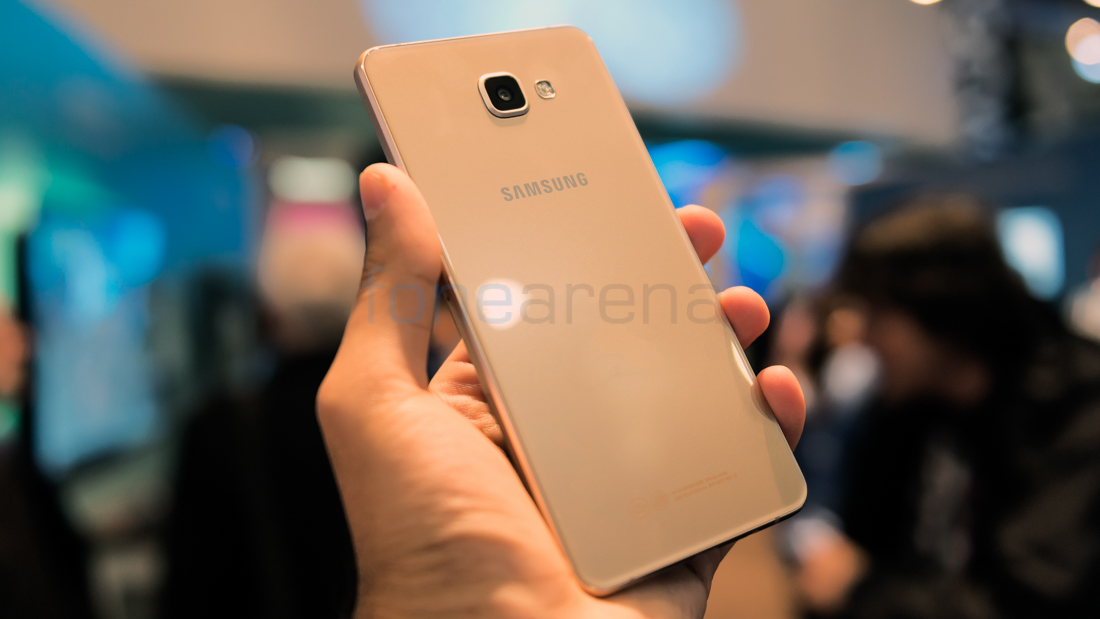 The Samsung branding is present at the back of the phone which also sports a 2.5D curved glass and a metal frame that offers a premium look and feel. 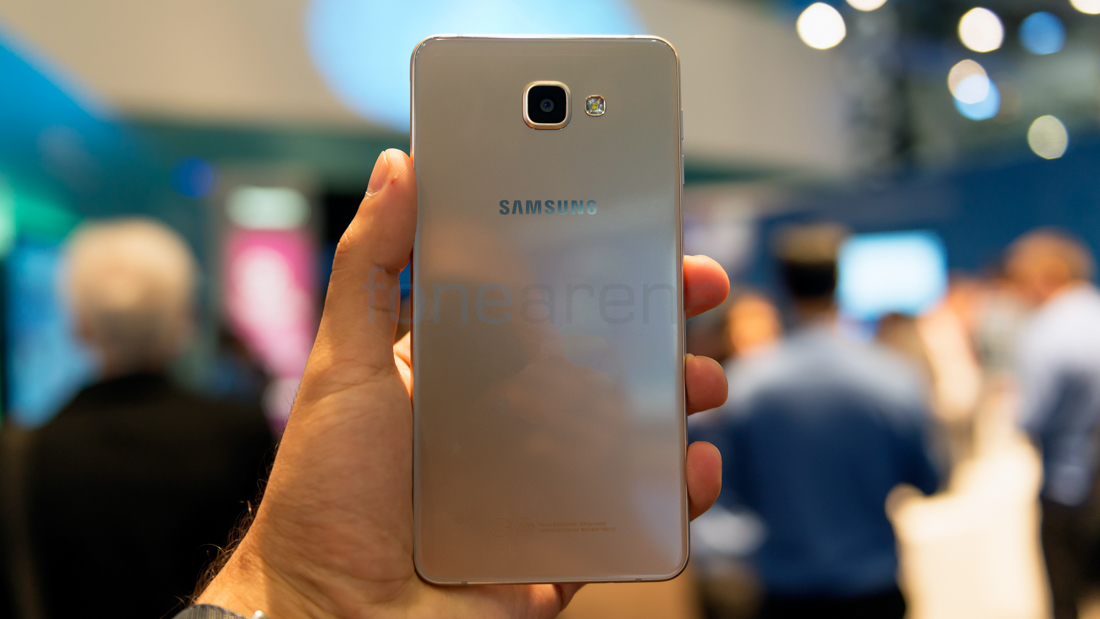