Jesse Rosten has managed to create a really interested video in which he put’s the iPad on a variety of places including a car dashboard, bike, kitchen, wall and the best one – a ceiling so that you can turn the iPad into a ceiling mounted TV. He just uses the Industrial Strength Velcro tape to make this possible 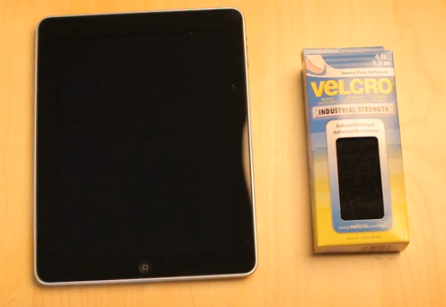 Two of mankind’s greatest inventions, together at last. Note: this is an exploration of what is possible, not necessarily what is practical. Tweet from the street at your own risk!

Are you going to add a Velcro Tape to your iPad ?