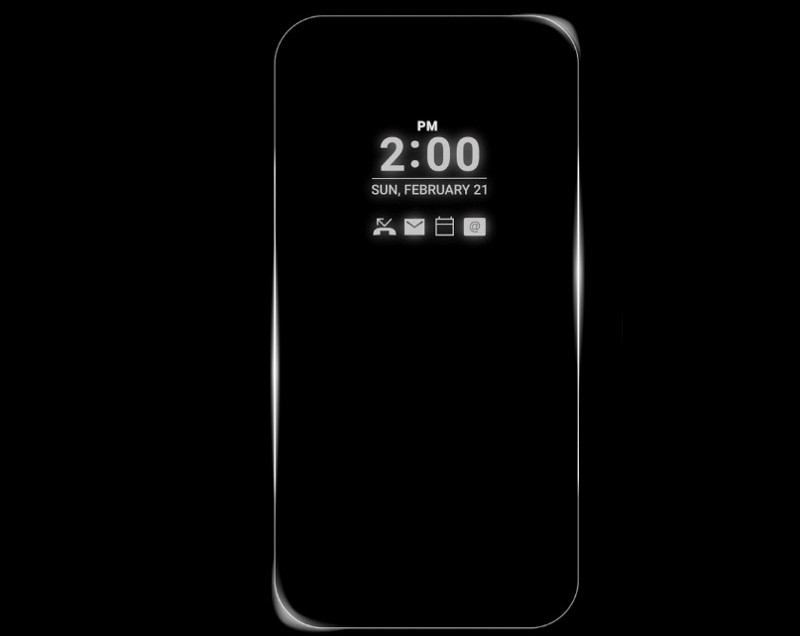 LG H840, an upcoming smartphone has surfaced on GFXBench, which is rumored to be a lite version of the LG G5. According to the benchmark listing it will come with a 5.3-inch (2560×1440 pixels) Quad HD display and will be powered by an Octa-Core Snapdragon processor with Adreno 510 GPU, so this will likely be the Snapdragon 652 processor (Quad 1.8GHz ARM Cortex A72 + Quad 1.2GHz A53). 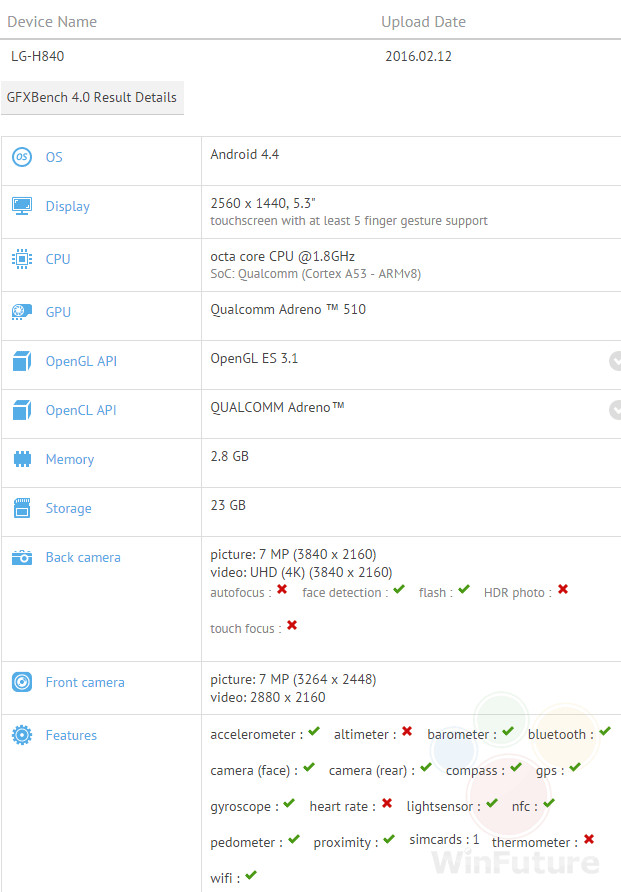 Even though the listing shows the Android version as 4.4 and the rear camera as 8MP with LED flash, it could come with Android 6.0 (Marshmallow) when it launches and pack at least 13-megapixel rear camera. The camera supports 4K video recording and the phone will have a 8-megapixel front-facing camera.It will come with 3GB of RAM, 32GB of internal storage, NFC support and a barometer. It will likely come with 4G LTE connectivity.

The LG H840 or G5 lite is not expected be announced on February 21st, along with the LG G5, but we can expect it in coming months.