A new trend which is picking up in 2016 is that of smartphone manufacturers selling VR headsets with their devices. Lenovo did it with K4 Note and now Alcatel is doing the same thing with its upcoming smartphone. 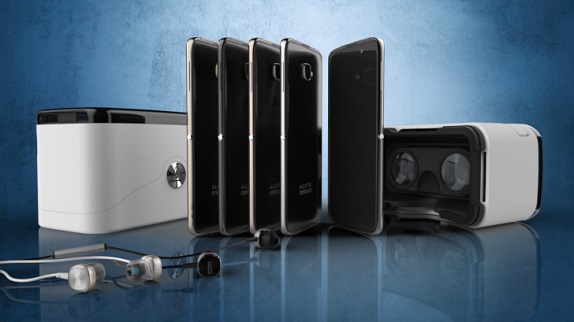 Alcatel is planning to offer a VR viewer along with the Idol 4S. It will be retailed in a hard plastic box that can be doubled as VR viewer. We have seen Cardboard like VR viewers from Google and OnePlus but since this will be in plastic, it could have an edge over the aforementioned ones. The Idol 4S is said to sport a 5.5-inch 2560×1440 AMOLED display and will be powered by an octa-core Snapdragon 652 processor. It will come with 3GB of RAM, a microSD slot, 16GB of storage, 8-megapixel front camera, and a 16-megapixel rear camera that can be launched with a dedicated “Boom Key.”

Along with the Idol 4S, Alcatel also plans to launch the Idol 4 that will have a 5.2-inch Full HD display and will be powered by Snapdragon 617. It will come with 2GB/3GB of RAM, 16GB internal memory, 13MP camera at the back, 8MP front camera, and a 2160mAh battery. The Idol 4 is tipped to be available at around $250, while the Idol 4S may be priced under $400. Moving on, Alcatel is even expected to debut Pop 4 and Pop 4s mid rangers. The Pop 4 will feature a 5-inch 720p display with 1GB of RAM, 8GB of storage, and an 8MP camera while the Pop 4S will have a 5.5-inch 1080p display. The former will be available in March while latter will be available in May along with the rest of the Idol line.