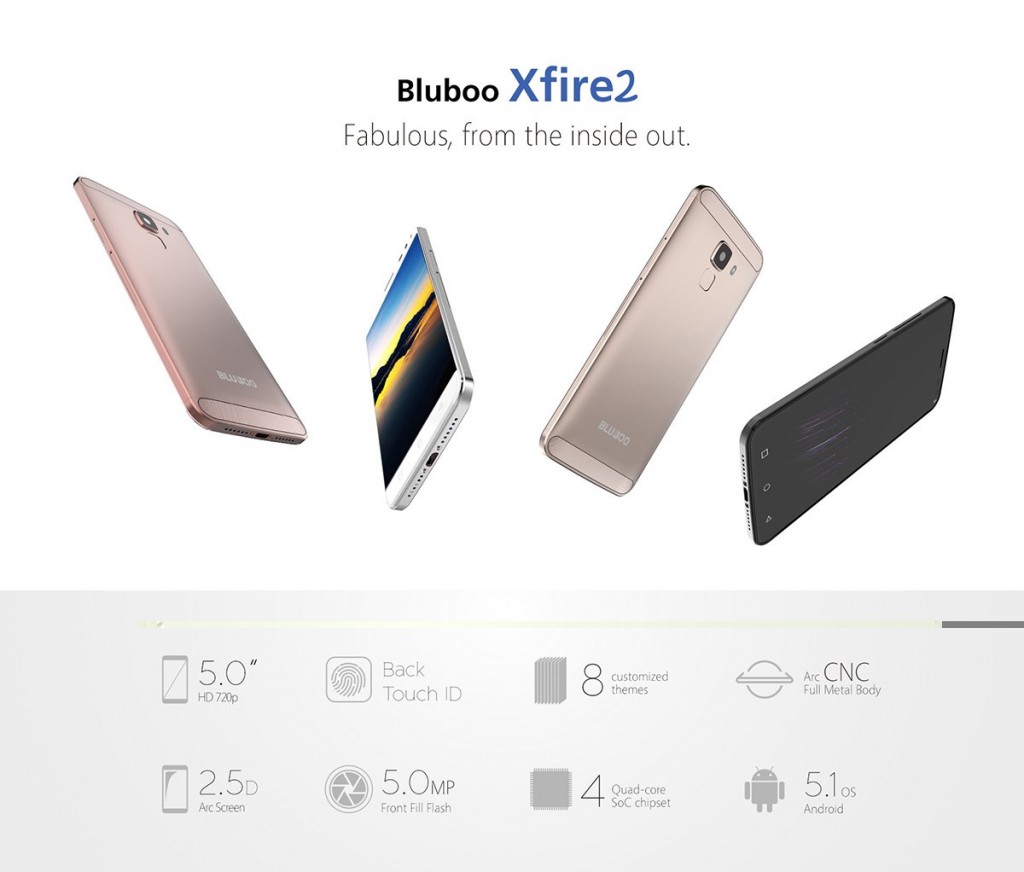 Bluboo has just announced a new smartphone known as the XFire 2 which will come with a fingerprint scanner at a very low price of US$ 59.99 (Around Rs 4,000). The device will come in 2 variants and will go on sale next month.

Bluboo is a Chinese OEM and they’re really done a great job with the pricing. The device also has a 5″ 720p display with 2.5D curved glass. The body is mate entirely out of metal and has a thin arc design.

It is powered by an MTK6580 quad-core processor and Mali 400 GPU. There will also be 1GB of RAM on board and 8GB of internal memory which can be expanded by upto 32GB via microSD cards. The battery is a removable 2150mAH unit.

The only downside of the device really is the lack of 4G LTE support. The difference between both the variants is that one supports only a singleSIM while the other can take DualSIM. The two devices are already up for pre-order but will ship sometime in February. The DualSIM variant is available for pre-order at the source below at a price of US$ 73.86 (Around Rs 5,000).