The new 18K Rose Gold edition features rose gold plating (18K) and comes with an Ivory Genuine Leather Band, while the Platinum version showcases platinum finishes with a Black Genuine Leather Band. In addition to new editions, the smartwatches feature Peanuts characters and artwork by creatives such as Keith Haring and Jean-Michel Basquiat. Samsung has partnered with additional developers including the CNN and Bloomberg Gear S2 apps, which have heir own specialized watch face features, while others like eBay, ESPN, Uber and Voxer are designed to enhance the convenience of the device. 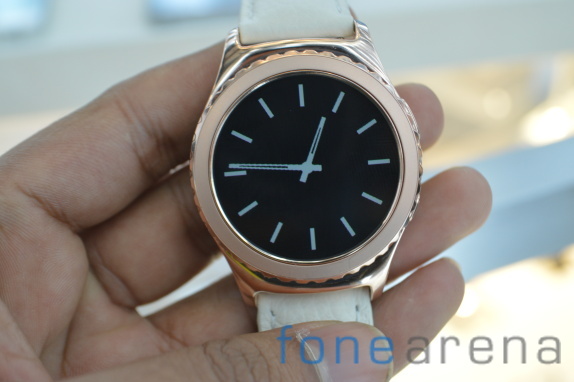 Last week, Samsung launched the Gear S2 and Gear S2 Classic smartwatches in India. It has a 1.2-inch ( 360×360 pixels) Circular Super AMOLED displays, rotating bezel and run on Tizen based wearable platform. Check out our hands on of both these smartwatches here.