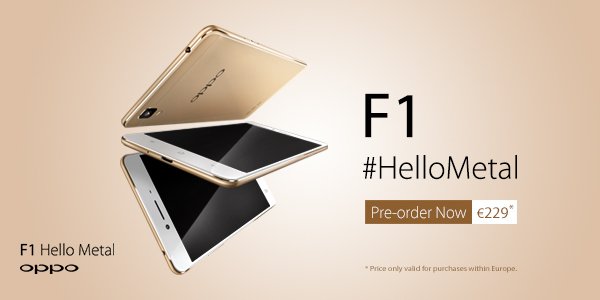 OPPO announced the camera centric F1 smartphone with an all metal design in Vietnam earlier this month. Now, the smartphone is available for pre-order in Europe at a price of 229 Euros. 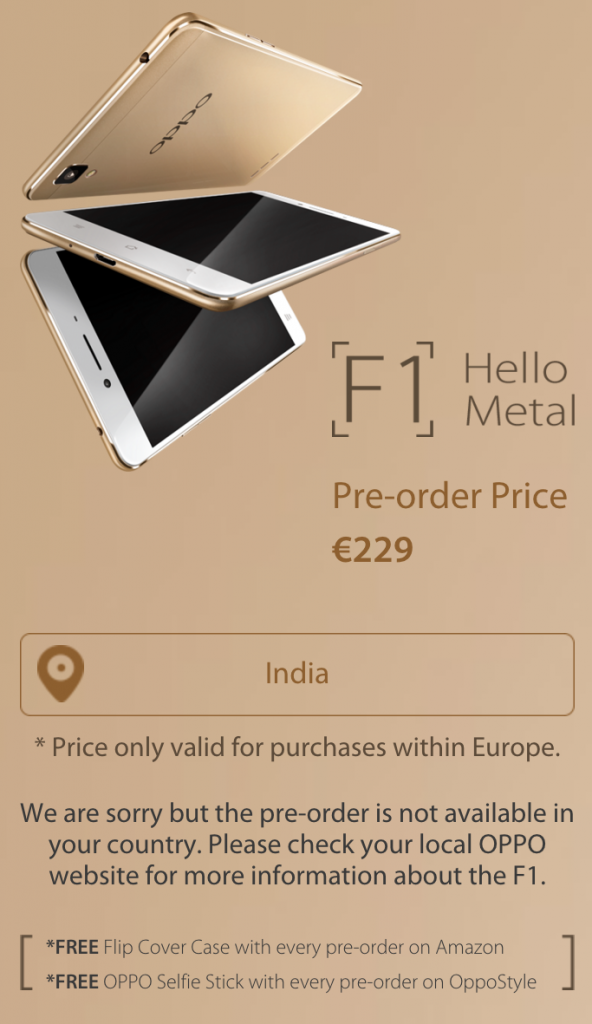 During the pre-order period, customers who order the smartphone from Amazon will get a free flip cover case and every customer who orders it from OppoStyle gets a free OPPO selfie stick. The company hasn’t announced the exact date of shipping of the smartphone yet but we assume it would be sometime later this month or early next month.

The OPPO F1 will launch in India later this month on January 28th. We aren’t sure when exactly the smartphone will be available for purchase in India, but it should be available soon after the local launch and the price will be more or less similar to the price in Europe as well.