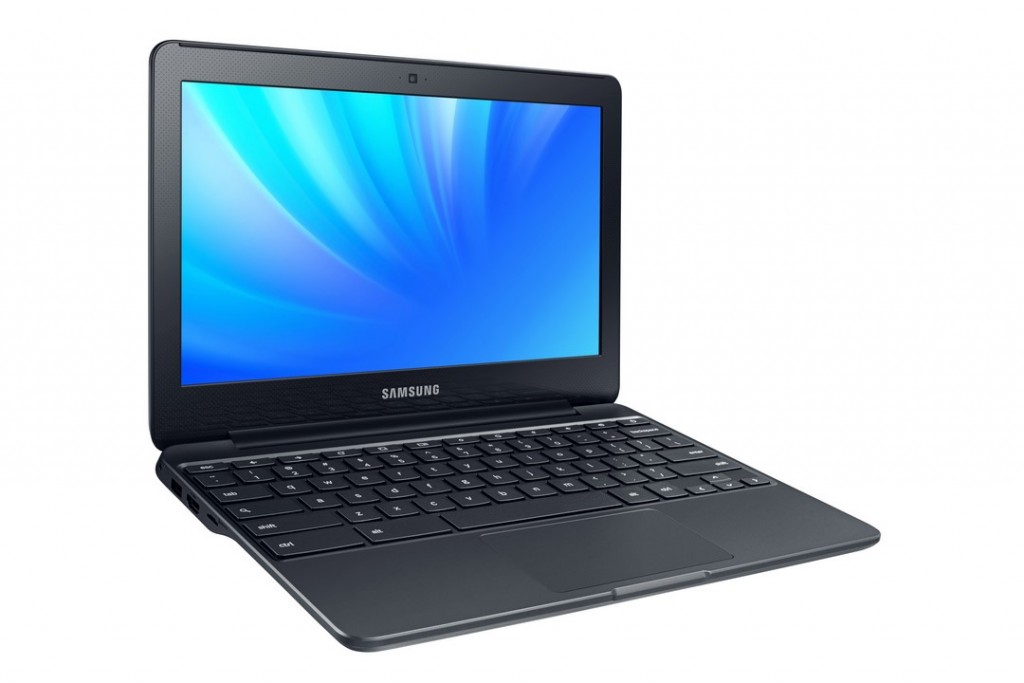 Samsung has announced the third product in their Chromebook lineup which was first introduced back in 2011 – the Chromebook 3. The Chromebook 3 is quite portable as it weighs in at just 1.14kgs and is around 17mm thick.

It comes with 16GB of flash memory that makes it quite fast and power efficient giving a battery life of upto 11 hours. It has a 11.6 inch anti-glare screen with a resolution of 1366×768. It is powered by an Intel Celeron N3050 chipset and comes with Intel HD graphics in either 2GB or 4GB RAM variants.

There is support for WiFi 802.11 ac as well as Bluetooth 4.0. It also has stereo speakers with 1.5W output each as well as 1 USB 3.0, 1 USB 2.0, HDMI port and card reader. The keyboard is well spaced and has an erognomic design while the hinge has a 180 degree mechanism.

The laptop will be made available on Samsung.com as well as a few retailers during early 2016 but the pricing hasn’t yet been announced. However, we expect it to be priced quite competitively.