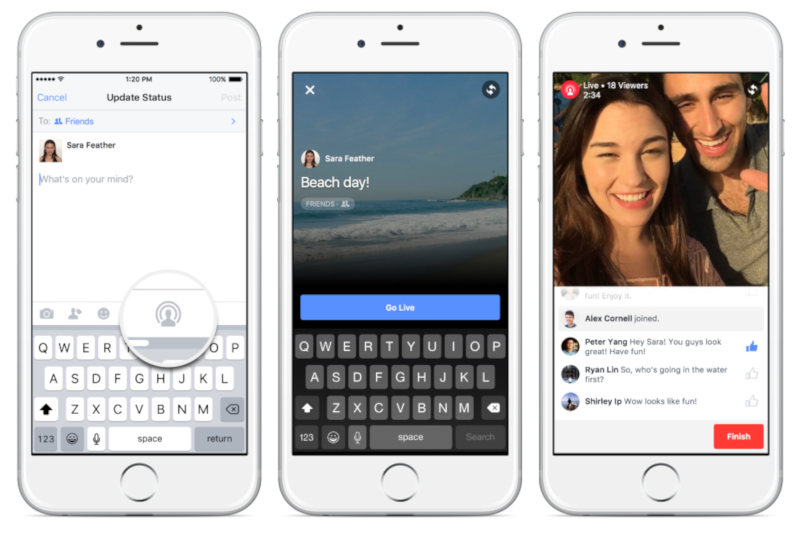 Facebook has announced that it has started rolling out new live video feature on their iPhone app. This will allow you to share a live feed from the phone’s camera by tapping the Update Status and selecting the Live Video icon. Live video will be available for a small percentage of iPhone users in the US initially before rolling out globally and other platforms, said the company. This new feature will take on Twitter’s Periscope that is available Android, iOS and more recently Apple TV.

You can also write a quick description and choose the audience that you want to share with before going live. Regarding the new feature, Facebook said:

During your broadcast, you’ll see the number of live viewers, the names of friends who are tuning in, and a real-time stream of comments. When you end your broadcast, it will be saved on your Timeline like any other video, which you can then delete or keep for your friends to watch later. You can discover live videos from your friends and public figures you follow right in News Feed. While watching a live video, you can tap the Subscribe button to get notified the next time the broadcaster goes live. 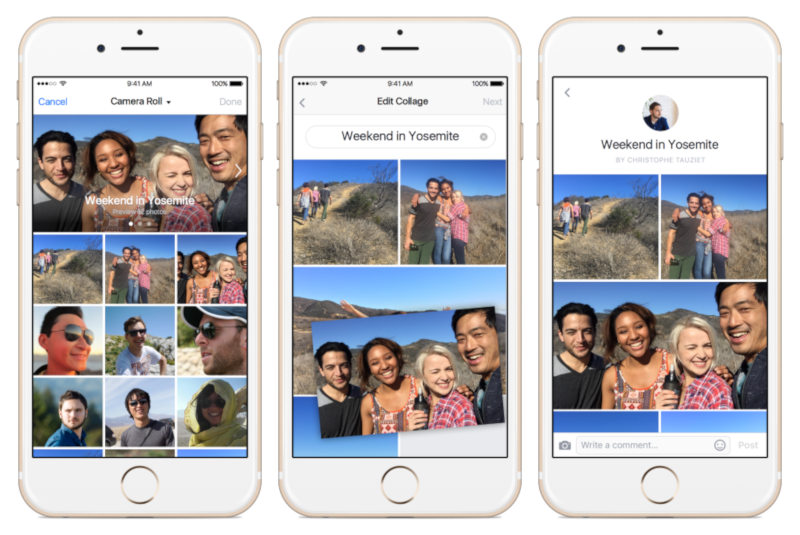 Facebook has also started rolling out new Collage feature for iPhone users that will let them combine photos and videos that were taken together into a scrolling, moving collage. Regarding the new feature, Facebook said:

When you tap on Photo, you’ll see recent moments from your camera roll organized into collages based on when and where you took them. You can edit your collage by adding, removing or re-arranging the photos and videos that you want to include. When you’re done, you can add a title to the collage before sharing.

The new Collages will be rolling out for iPhone users today and will be available on Android early next year, said the company.

Finally, Facebook is also piloting a new design with new sharing feature on iPhone and Android with a few people to start with. This offers a new drop down menu of all the different options you can share, when you tap What’s on your mind? at the top of News Feed.