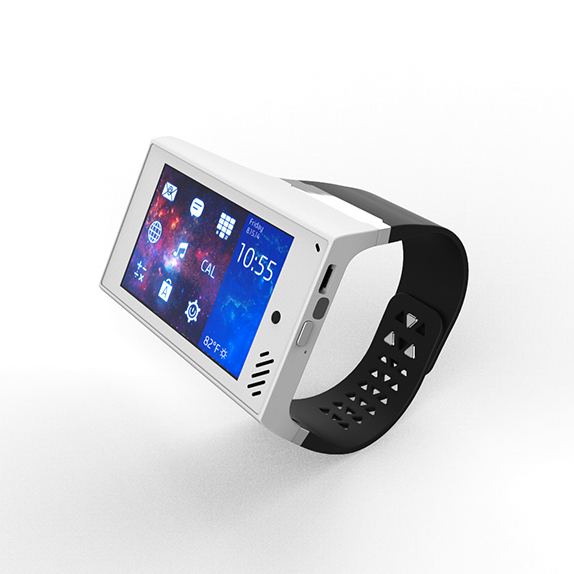 Well, it seems that phones aren’t the only thing whose screen size gets bigger with each passing day. The Rufus Cuff is a smartwatch with a 3.2 inch display and it is now available for pre-order.

The Rufus Cuff started out as an Indiegogo project back in 2014. While 3.2 inches is really small by today’s standards for a smartphone, it is pretty huge for a smartwatch. No other smartwatch packs in remotely as large a display as this.

The people behind the smartwatch refer to the gadget as a smart communicator rather than just a smartwatch. The device is powered by a TI Cortex A9 CPU and has GPS as well as WiFi. There is a front facing camera for picture and videos as well as a 1175mAH battery to keep the device running.

The device runs on Android KitKat. It even has dual-micrphones and built in speakers to make it easier to make and take calls, it still is quite big and some people might just prefer using their phones. If you do however decide to get one, you can go ahead and pre-order the device in 16, 32 or 64GB capacities and the prices start at US$ 249 (Around Rs 16,300).