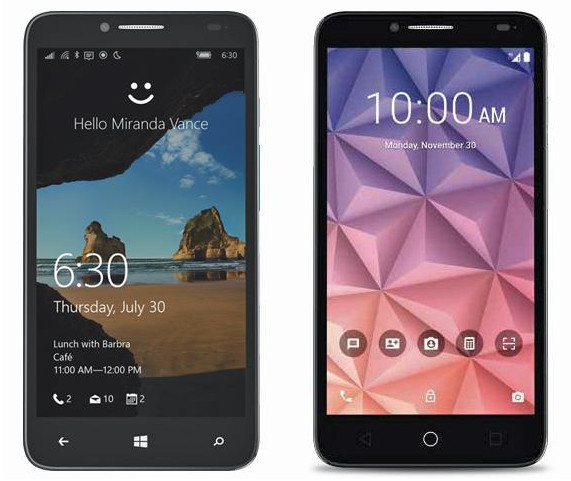 Back in September, @evleaks revealed the specifications of the Alcatel OneTouch Fierce XL for Windows. Now Evan Blass / @evleaks has posted press images of the smartphone in two version, one running Windows 10 and the other version with Android. Both have identical design and share the same specifications.

According to earlier leak, the Alcatel OneTouch Fierce XL will come with a 5.5-inch (1280 x 720 pixels) HD display, will be powered by 1.1GHz quad-core Snapdragon 210 processor, feature a 8-megapixel rear camera, 5-megapixel front-facing camera, 2GB of RAM, 16GB of internal storage with microSD expansion slot, 4G with VoLTE support and a 2500mAh battery.

The Alcatel OneTouch Fierce XL for Windows and Android will head to T-Mobile USA sometime in December. Alcatel OneTouch introduced OS-agnostic PIXI 3 series with Firefox, Windows Phone or Android options earlier this year at the CES and even showed-off the Pixi 3 running Windows 10 Mobile Technical Preview at the MWC. So the Fierce XL will be the company’s first Windows 10 smartphone.