OnePlus CEO Carl Pei had said last month that the company will announce another phone by the end of 2015. Now, an AnTuTu benchmark result image has been leaked showing an unknown OnePlus device which is speculated to be the OnePlus Mini. 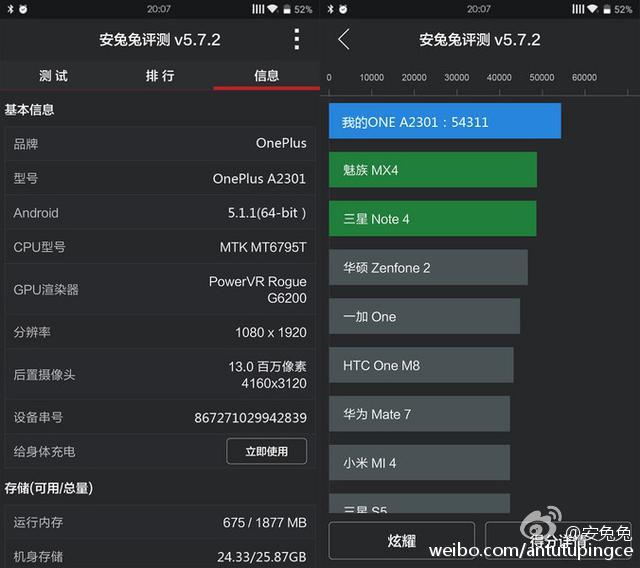 As per the listing, the phone has a model number “One Plus A2301” and comes with 2 GB of RAM and is powered by a MediaTek MT6795T processor running at 2.2GHz and a PowerVR Rogue G6200 series GPU. The phone features 32 GB of internal storage and a 13-megapixel main camera. There is no information about the display but the resolution is 1920 x 1080. It says that the OnePlus Mini will run Android Android 5.1.1 out of the box with OxygenOS on top. The OnePlus Mini scored 54,311 points on AnTuTu. 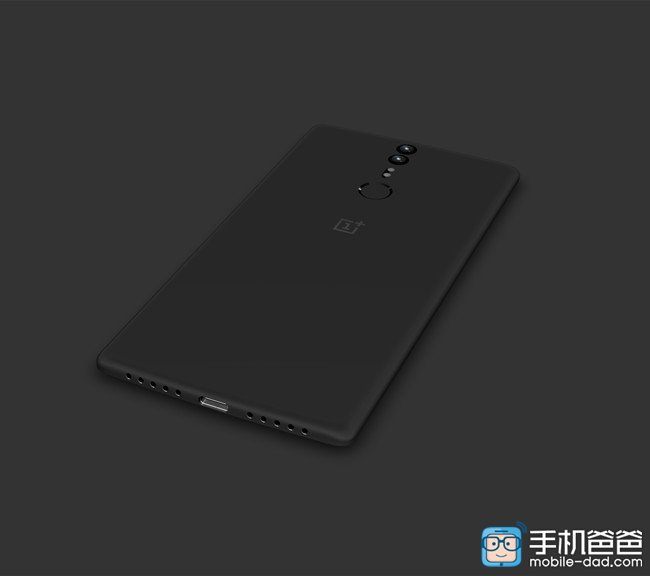 A couple of press renders of a phone were leaked earlier this week that said they were of the OnePlus Mini. The 3D renders previously mentioned showed a Type-C USB 3.0 connector and a fingerprint reader on the back along with a two-camera set and dual-LED flash below them. It must be noted that these are just speculations and there is no official word about the OnePlus Mini.