Twitter has updated its iPad app to bring it in line with its iPhone app. The move comes from Twitter to provide a more unified experience for its users across all iOS devices. 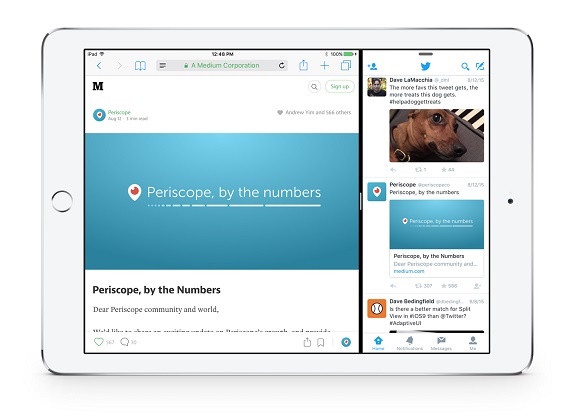 The Twitter iPad app gets a similar design that is present on the iPhone app. First up, the responsive design now allows the interface to adapt to different conditions considering how and where they are accessing Twitter. Twitter said that while designing the iPad app it has taken into consideration characteristics like device type, orientation, canvas, size class and typography.

The micro blogging site says its adoption of an adaptive layout will allow the app to support new features like multitasking, which will become available in iOS 9. The new Twitter for iPad update is rolling out now on the Apple App Store.