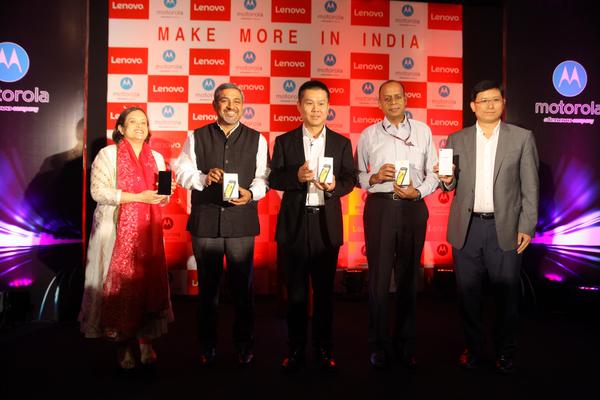 Lenovo has kick started local manufacturing of its smartphones at Sriperumbudur near Chennai. It will be the first time Lenovo and Motorola brand smartphones will be made at the same facility outside China. Lenovo said that both the brands will have separate lines with a combined annual capacity of 6 million units. Lenovo has already started rolling out two of the 4G variant of Moto E smartphone from the plant, and will start making Lenovo K3 note soon.

“The Indian Government’s thrust on ‘Make in India’ has opened up a plethora of opportunities for organizations looking to conduct business in India. Currently for smartphones, India is the third largest smartphone market in the workld, according to IDC and we believe this an opportune time.”
said Amar Babu, COO, Asia Pacific & Chairman, Lenovo India.

Lenovo is the latest smartphone maker to support government’s ‘Make in India’ initiative. Earlier this month, Xiaomi tied up with Foxconn to manufacture Redmi 2 Prime at Sri City plant in Andhra Pradesh.  Vivo, HTC, Sony, Microsoft, LG, Motorola, Asus, Micromax, Celkon and Karbonn are some of the national and international smartphone makers that have announced their plans to start manufacturing smartphones in India.