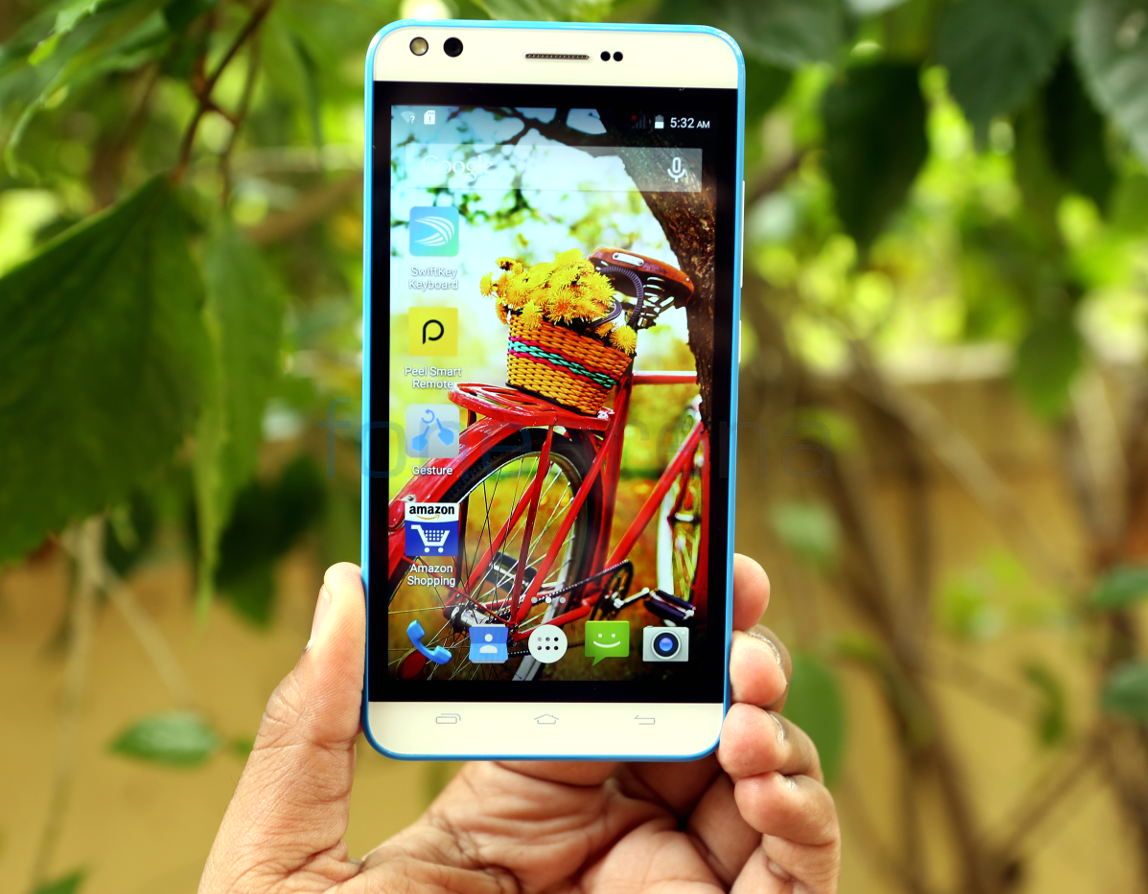 Karbonn launched the Titanium MachFive in India for Rs. 5,999 earlier this month exclusively on Amazon.in. Let’s take a detailed look at the phone in this photo gallery post. 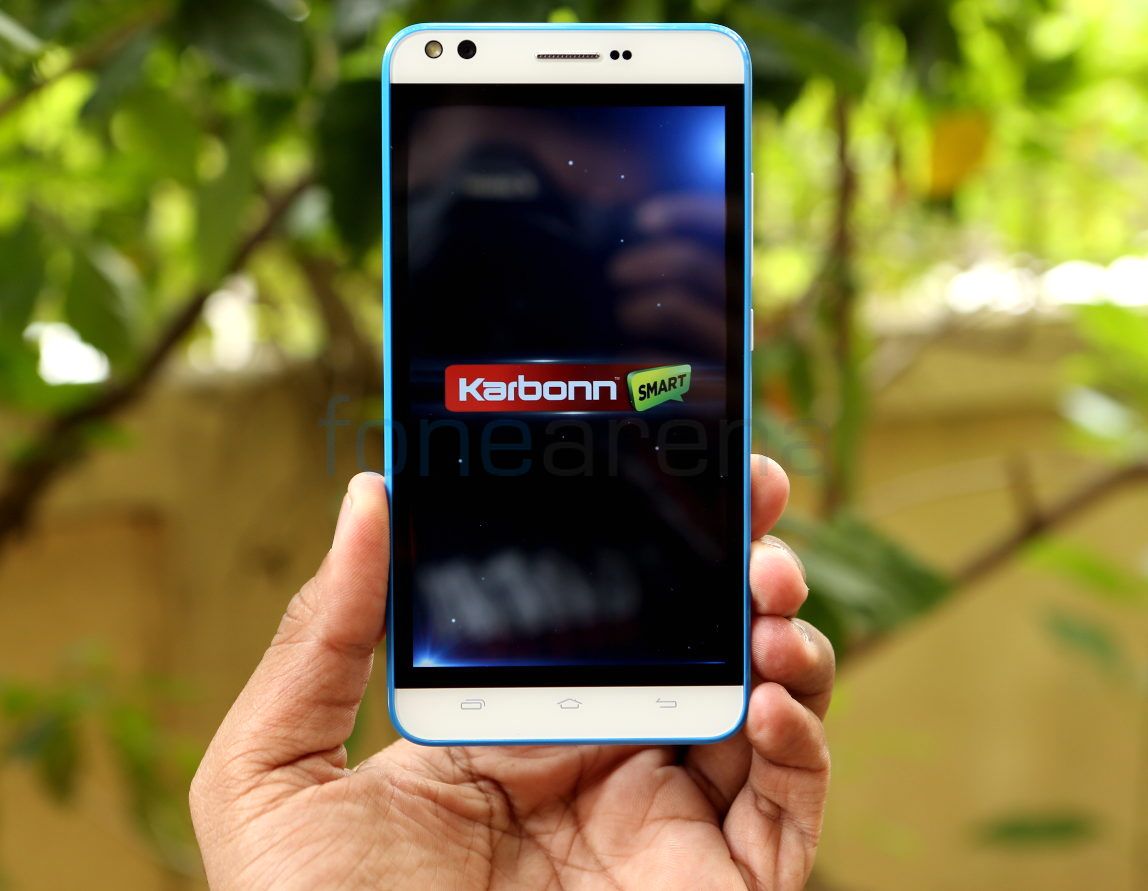 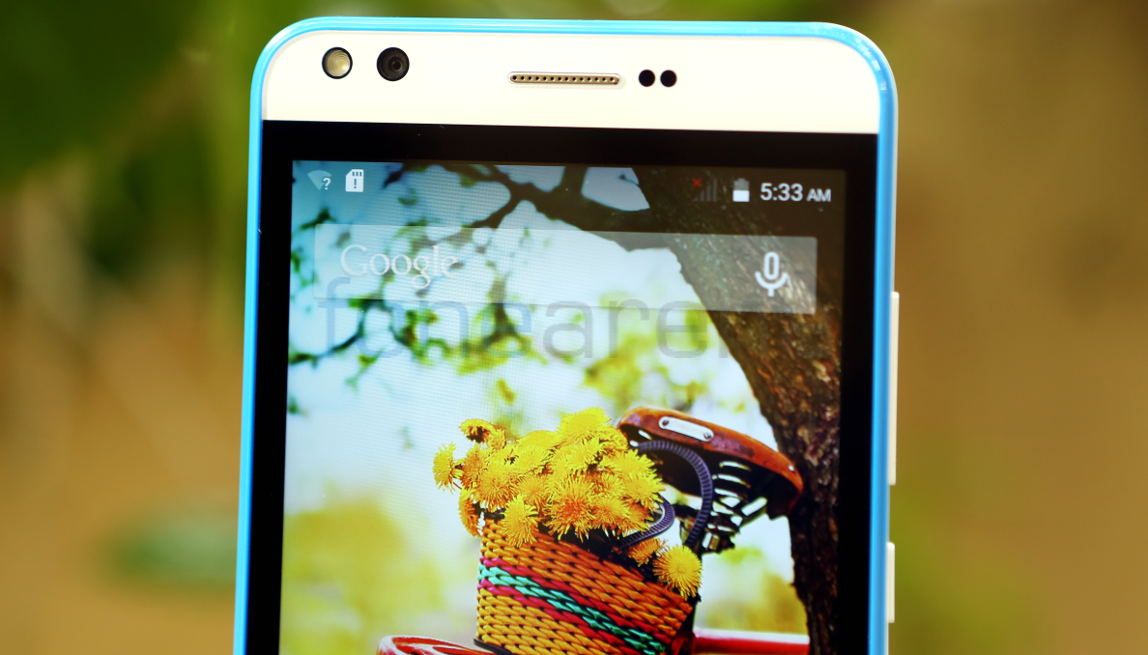 It has a 5MP front-facing camera with LED flash along with earpiece and usual set of sensors. 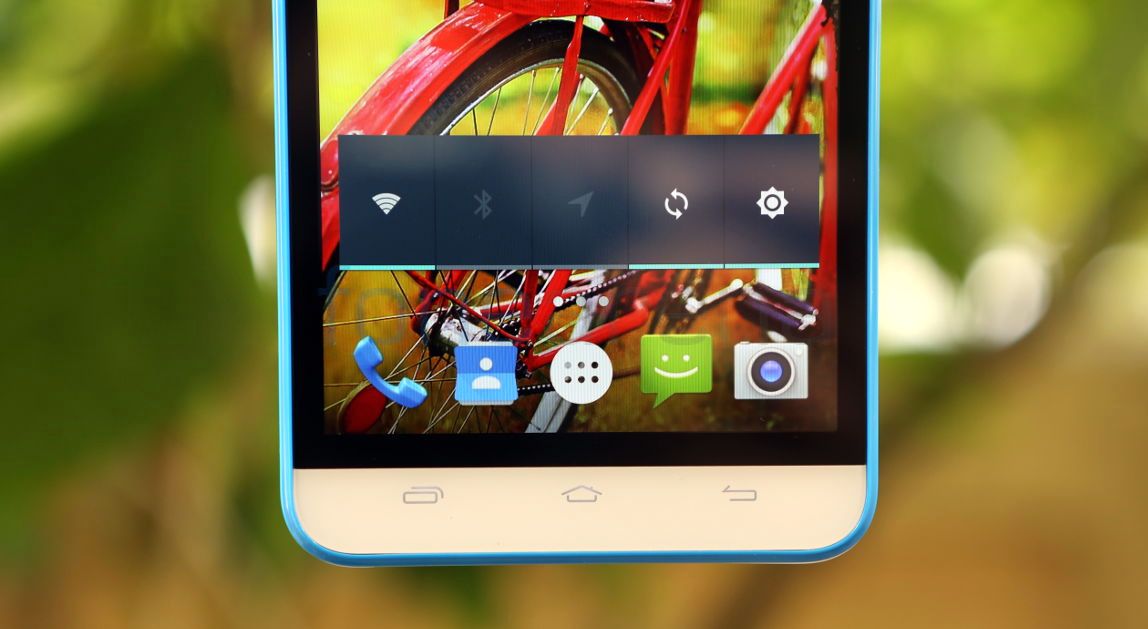 There are three capacitive touch buttons below the display. 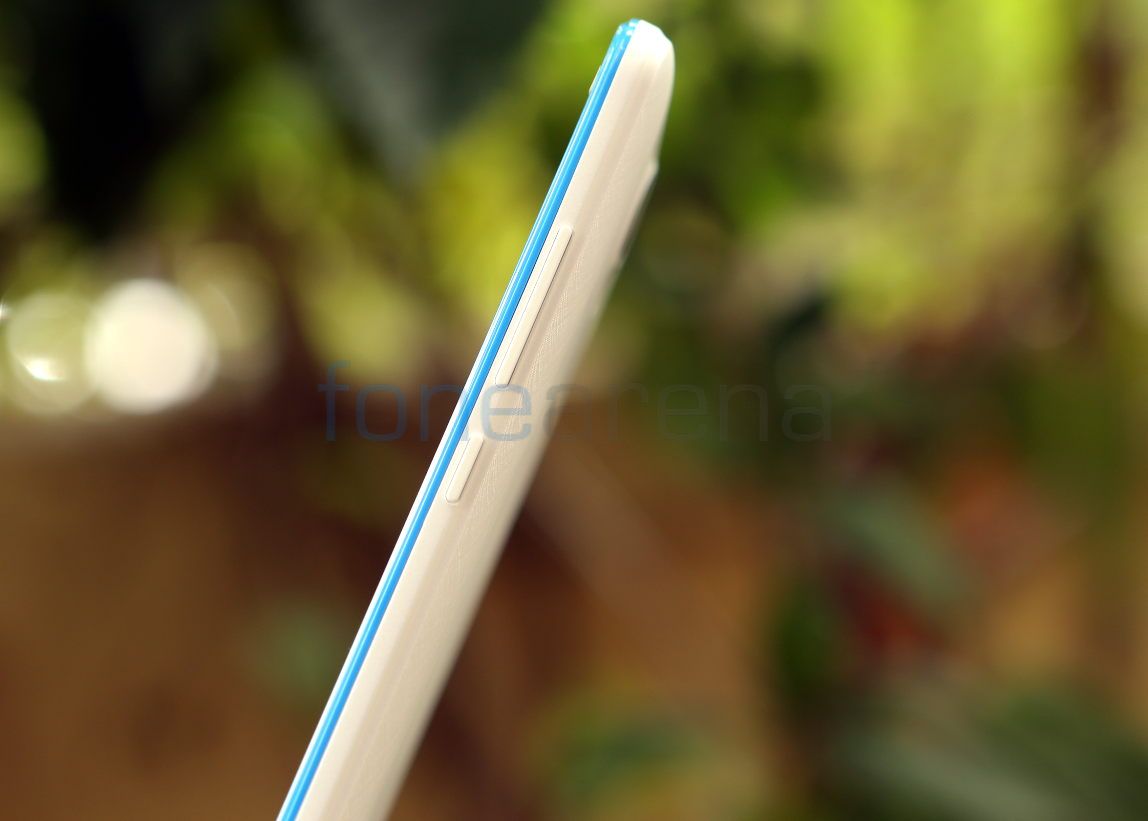 Volume rockers and power/lock switch are present on the right side of the phone. The phone measures 143 x 73 x 8.7 mm and weighs 159g. 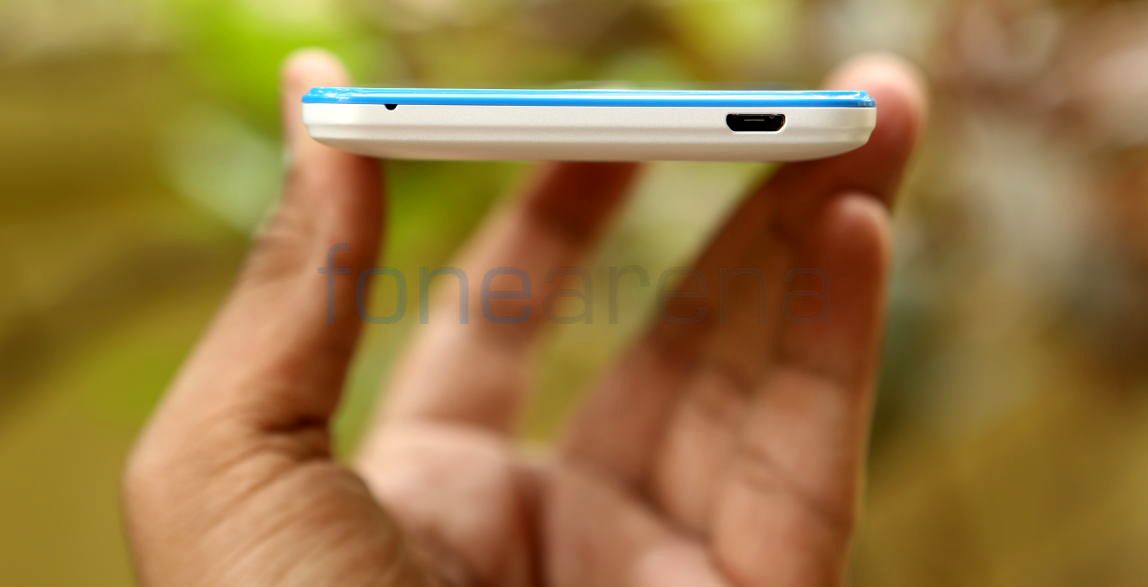 The micro USB port is present at the bottom 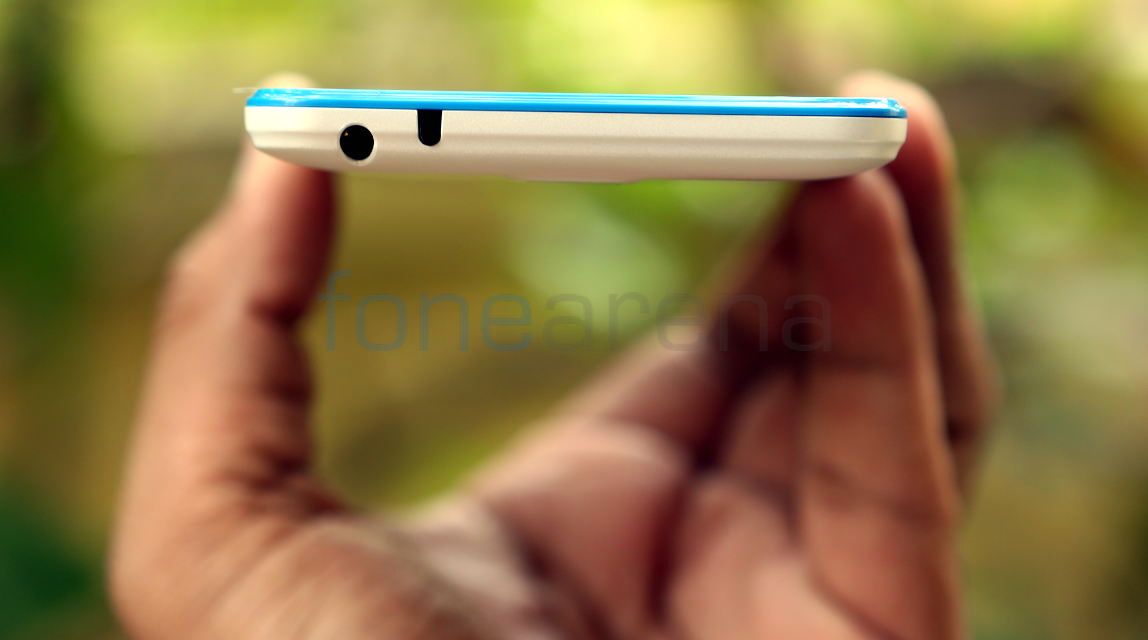 The 3.5mm audio jack and infrared sensor for remote control is present at the top. 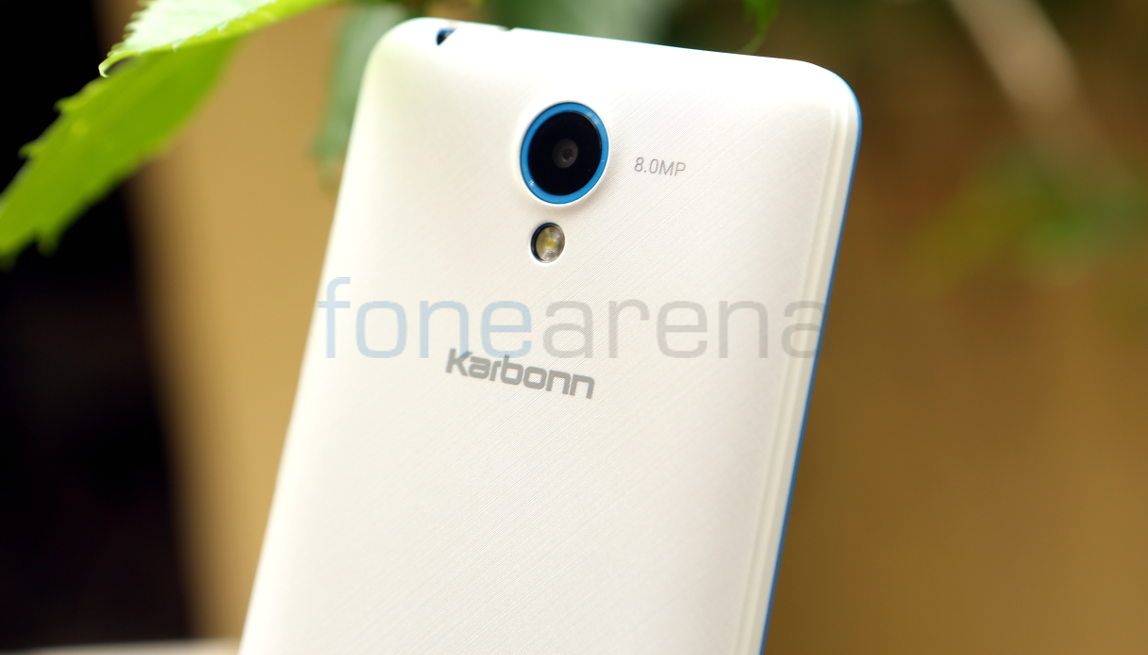 The phone has a 8MP rear camera with LED Flash at the back along with Karbonn branding. 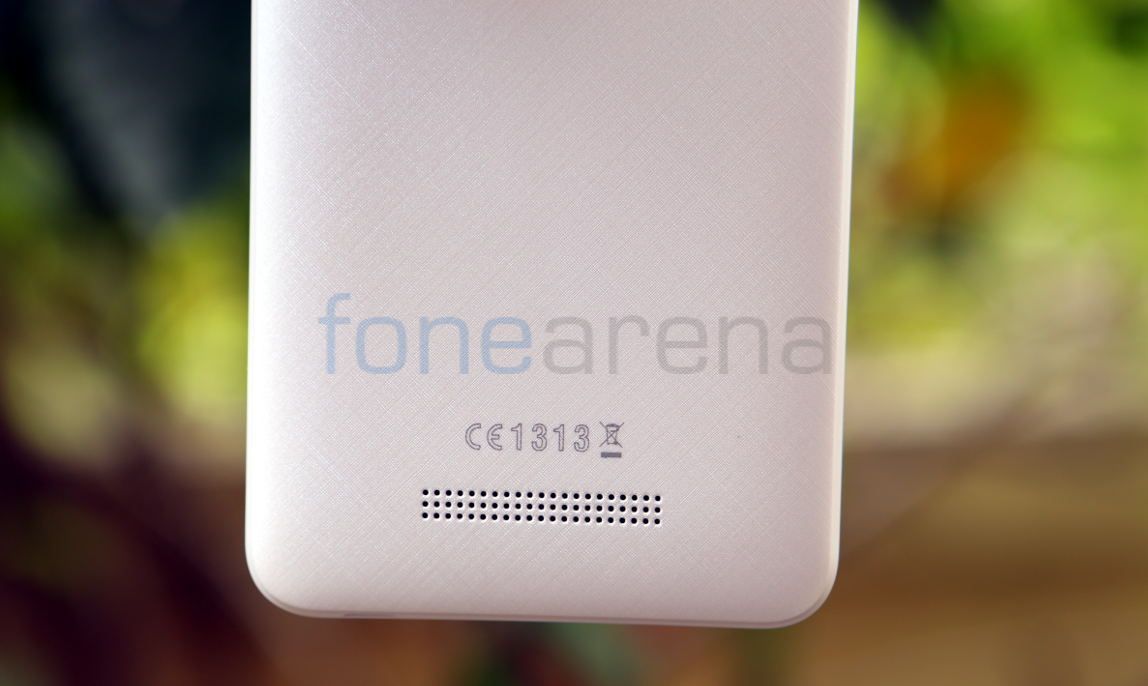 The loudspeaker grill is present at the lower back. 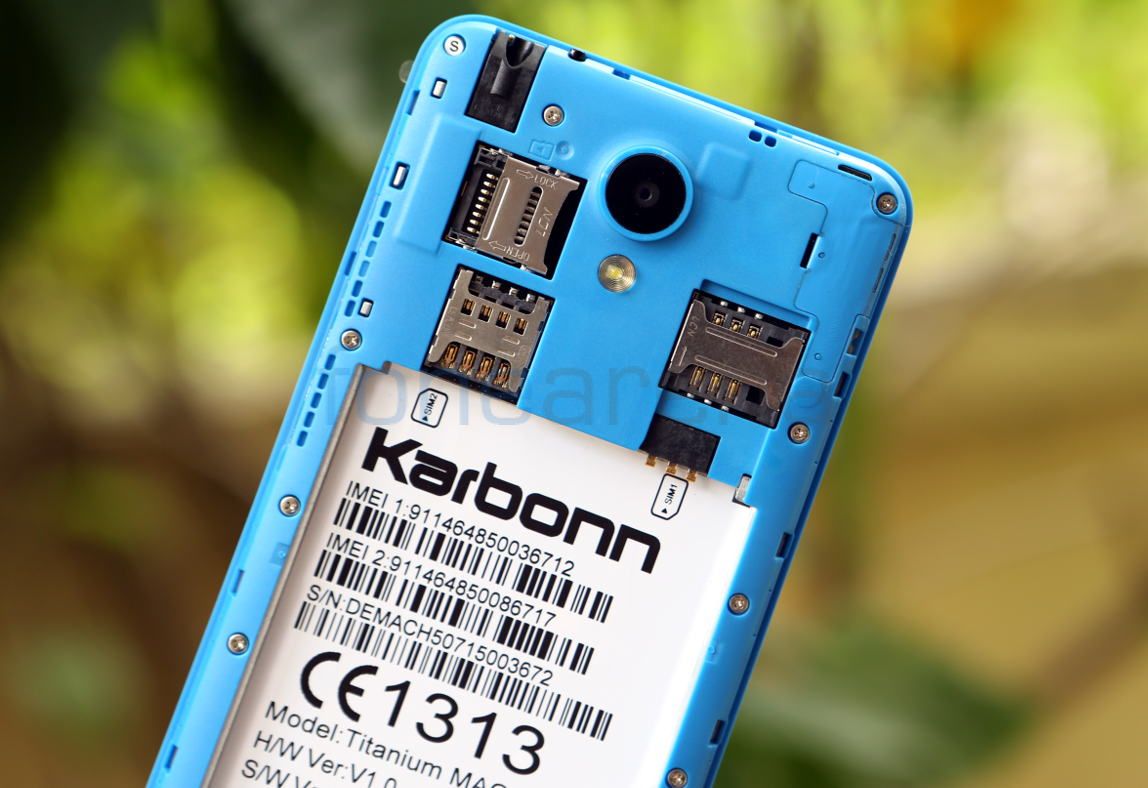 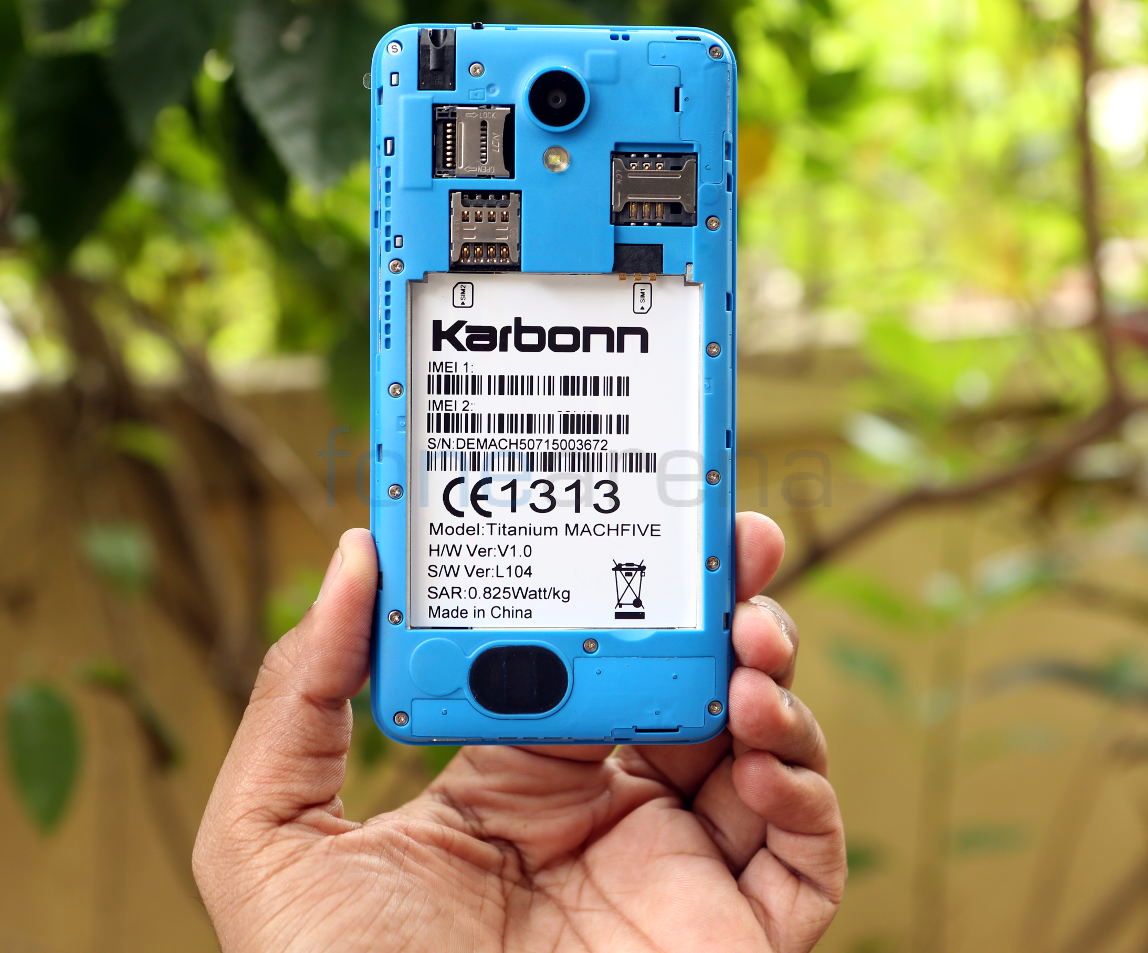 The phone has a 2200mAh removable battery and connectivity features such as 3G HSPA+, Wi-Fi 802.11 b/g/n, Bluetooth 4.0 and GPS. The Karbonn Titanium MachFive comes in White with Blue and Champagne colors.