BlackBerry has updated BBM for Android with Material Design elements. The BBM Android app will get a more colourful and attractive UI along with new features and improved chatting experience. 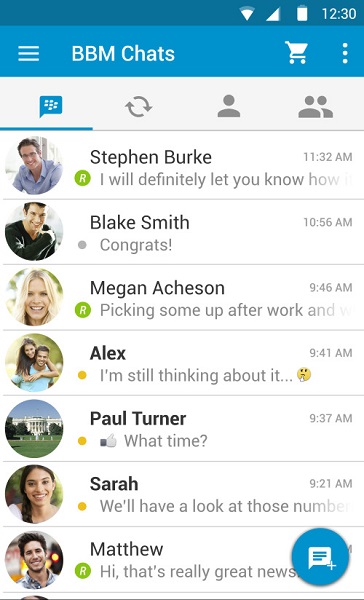 Besides UI redesign, BlackBerry is adding Private Chats that allows users to chat privately and the chat is deleted automatically after some time. A new replace button in the app now provides you with the power to edit a sent message. Now status updates can be shared right from the news feed. BlackBerry stated that its BBM for Android app is still in beta and is available for download.

Earlier in March, BlackBerry announced that it has clocked 100 million downloads since its launch on Android and iOS in October 2013. BBM recently got Custom BBM Pins, Android Wear support and couple other features.