Motorola’s Moto 360 successor has been surfaced online in a couple of circumstances since past few months. Now, there is a possibility that the New Moto 360 has received its Bluetooth Certification. 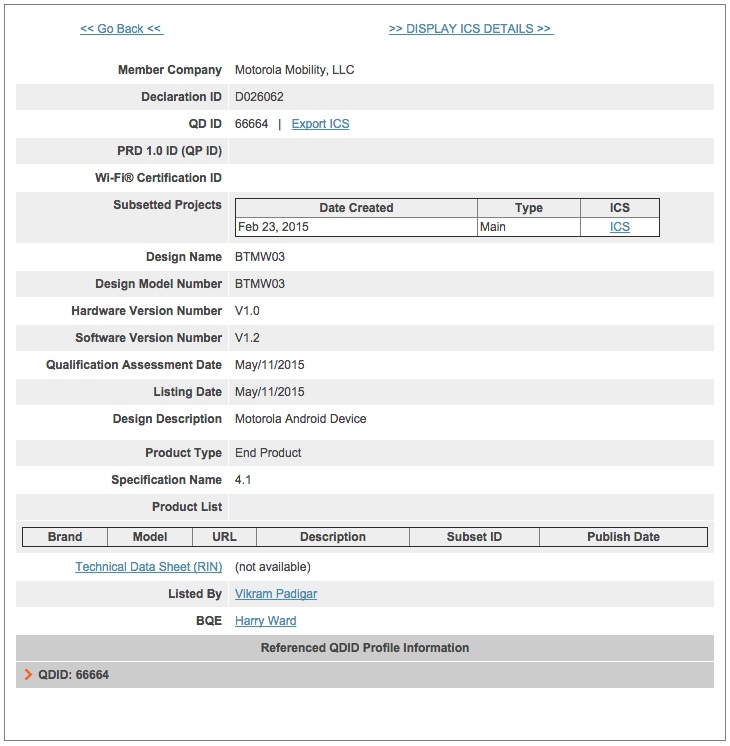 A Motorola Android device with design model number BTMW03 has been spotted in the Bluetooth SIG database. Bluetooth SIG listing reveals that the smartwatch will come with Bluetooth 4.1 support. The original Moto 360 that was announced in March last year had a model number BTMW01.  Previous leaks and reports had suggested that the Moto 360 successor is codenamed as “Smelt” and will be running on Android 5.1. with a display resolution of 360×360 which is a slight increase over the Moto 360 which has a 320×290 display. The processor is said to be “armeabi-v7a”, which also seems like a codename.

It is also said that the new Moto 360 seems to come in two different sizes one with the standard version and next with a smaller size. Also, the smartwatch will most likely support normal watch straps. The next-gen Moto 360 can be announced at the upcoming Google I/O conference.