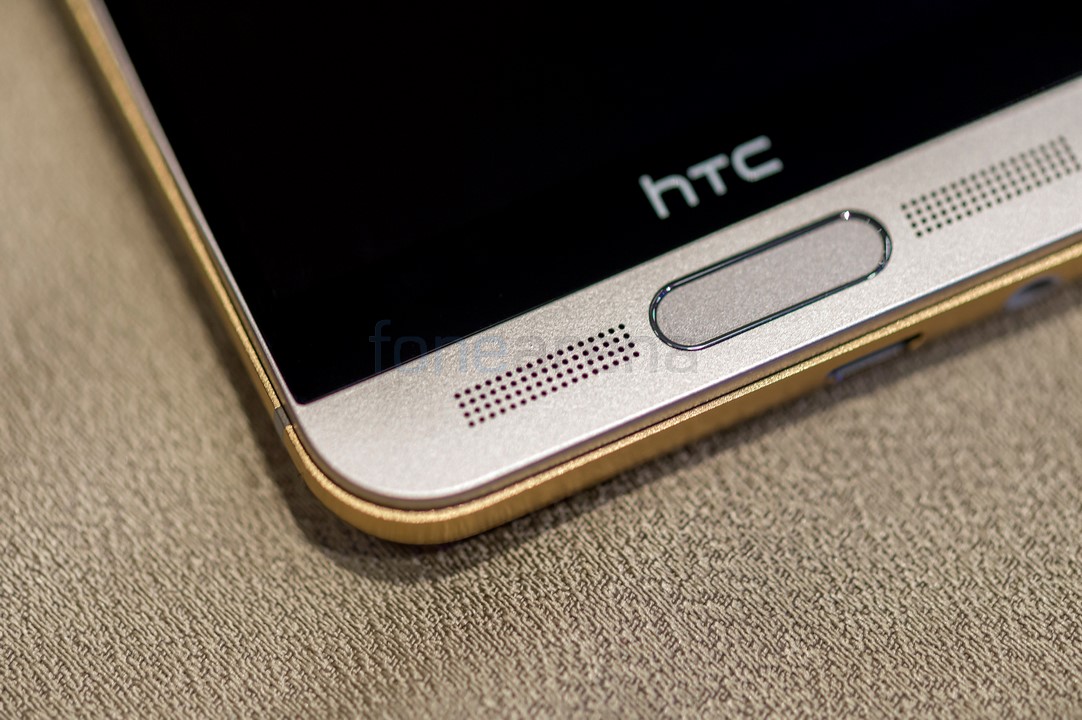 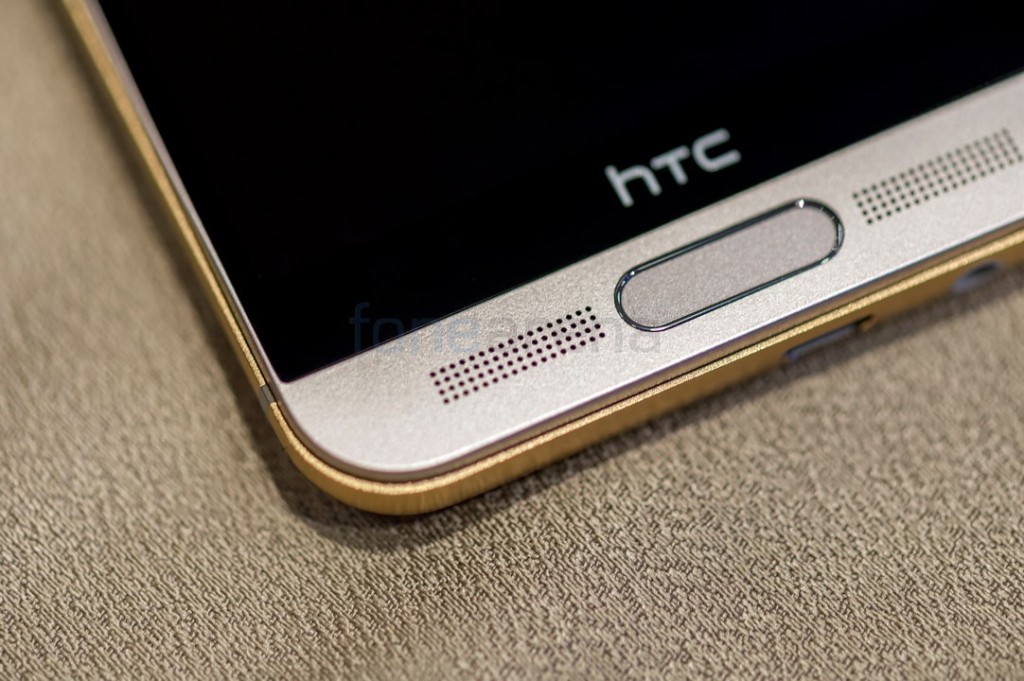 We hope you’ve seen our photo gallery of the HTC One M9+. Now here are our impressions from our hands on with the device which is set to release in India on May 3rd at a price of Rs 52,500.

Basically the HTC One M9+ is an upgraded version of the HTC M9 which was launched during MWC (Mobile World Congress) in Spain last month. HTC have stated that they do not currently plan to release the One M9 here in India so the One M9+ is the flagship model intended for the Indian market as of now.

We quite liked the build quality and the solidness of the phone. It doesn’t feel heavy as such but it does feel reassuring in terms of build. HTC claim that they’re the first ones to come up with the Dual Tone finish for unibody devices. In the units we tested out, there was a small gap between the top part of the phone and the lower part. We aren’t sure if this is how the M9+s design is meant to be or whether it was just because it was a prototype. But I guess we’ll just have to wait for the final production units and see how it is. The phone feels quite good in the hands and handling the device was pretty easy. The curved edges do help you get a better grip on the phone. The rear camera is no longer an Ultrapixel unit. Instead you get a 20 Megapixel camera along with a depth sensor and Dual Tone LED Flash. The 20 MP sensor is protected by a sapphire glass element that will help protect the lens from scratches. 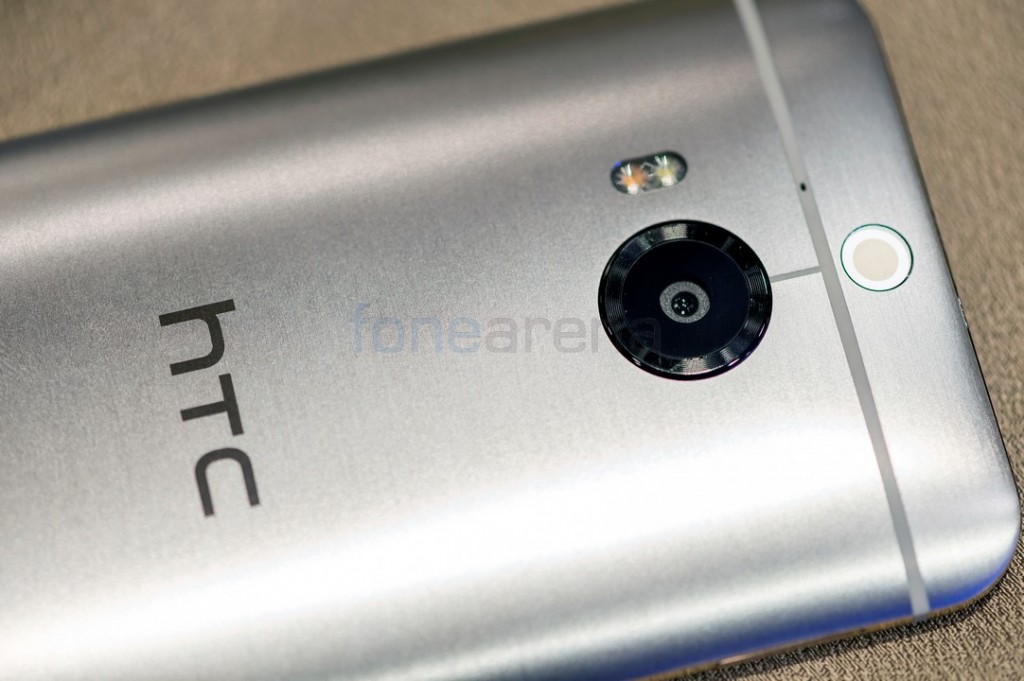 The fingerprint sensor is well implemented. Its easy to reach and there’s no need to swipe on it. Like on the iPhone 6/6 Plus and the S6/S6 Edge, all you have to do is tap the sensor and it will unlock the phone. The tapping also works in any direction as it supports full 360 degree recognition. The HTC One M9+ now supports Dolby Sound not just through earphones/headphones but through the speakers as well. Surely the experience when plugged in will be definitely better than through the speakers. But HTC promise the BoomSound experience is even more immersive now and is better than any of the competitors. The front camera is now an Ultrapixel camera that has a maximum resolution of f2.0. 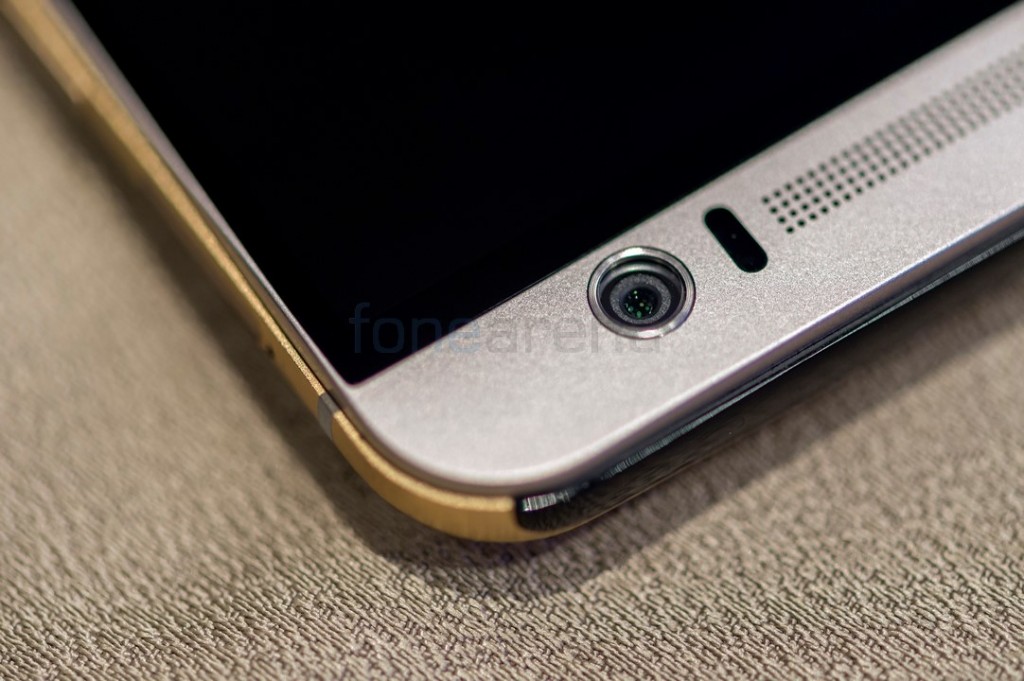 The Sense UI now allows you to customize your navigational keys. You can choose to rearrange the key positions and also add a 4th button for different tasks such as hide navigation bar, turn screen off, bring down notification bar etc. The software despite being an early prototype build was quite smooth and we didnt see any lags or crashes in performance. The Mediatek processor seems to be doing a good job at powering the device. The phone will run Android Lollipop 5.0 upon launch and will be getting an update to 5.1 pretty soon. 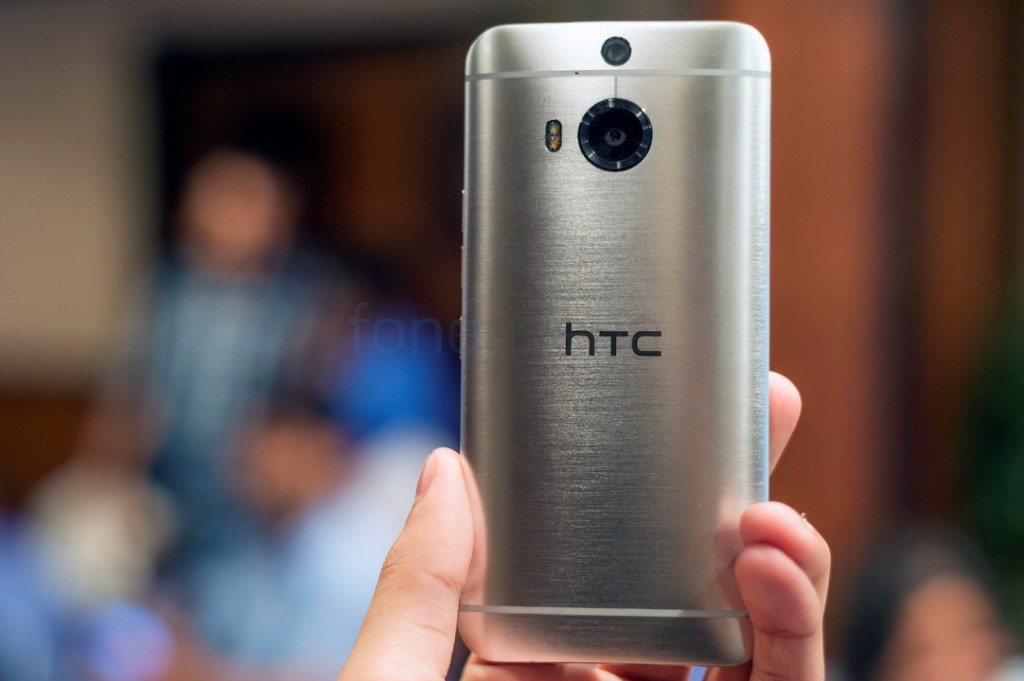 Do keep an eye out on our blog as we will be bringing to you more content on the HTC One M9+ soon. If you have any questions, do leave them in them comments below. Thank you!