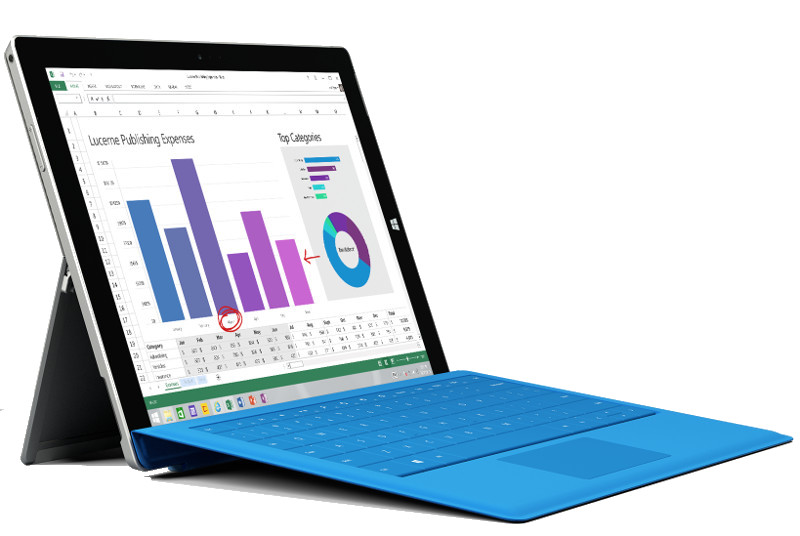 Microsoft just announced Surface 3, an affordable variant of the the Surface Pro 3 tablet that was announced last year. This is powered by quad-core Intel Atom x7 (Cherry Trail) processor, has a 10.8-inch HD screen with 3:2 aspect ratio and runs on 64-bit Windows 8.1 OS, which is updradable to Windows 10 once available. It is slightly thinner at 8.7mm and lighter at 622g compared to the Surface Pro 3 with a 12-inch screen. Microsoft says that it is the thinnest and lightest Surface the company has ever shipped. It also comes with LTE variant with built-in nano SIM slot. As usual it comes with one-year subscription to Office 365. 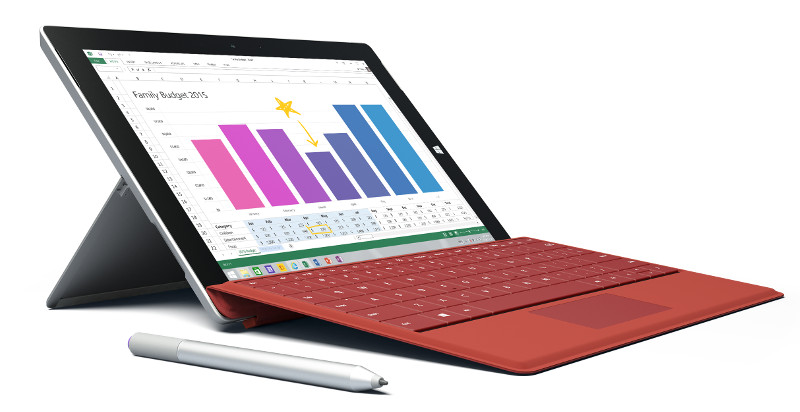 It also supports Pen input, similar to the Surface Pro 3, but you have to purchase the pen separately at $50 each in silver, blue, black and red colors. It also sell Type Cover in a range of colors separately for $130 and the Docking Station is also available separately. Microsoft says that the display would offer incredibly accurate colors and clarity from multiple viewing angle. The rear camera has been bumped to 8-megapixel from 5-megapixel on the Surface Pro 3 and this also has a 3.5-megapixel front-facing camera. It also has a kickstand that supports three discrete settings. 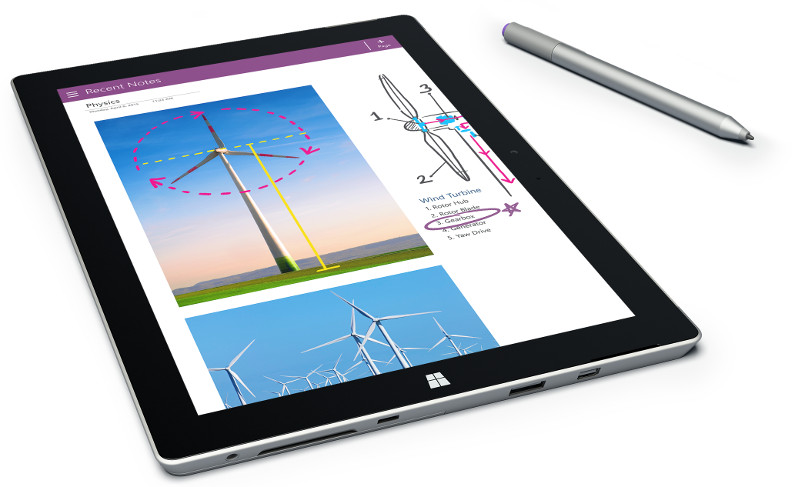 The Microsoft Surface 3 starts at $499 for the 2GB RAM with 64GB storage version. 4GB RAM with 128GB storage costs $599. Surface 3 with LTE costs $599 for the 2GB RAM + 64GB variant and $699 for the 4GB RAM + 128GB version. It will be available though Microsoft Stores, microsoftstore.com and select retailers, beginning May 5 and goes on sale in 26 markets worldwide by May 7. The LTE variants will be ship by June 26th.