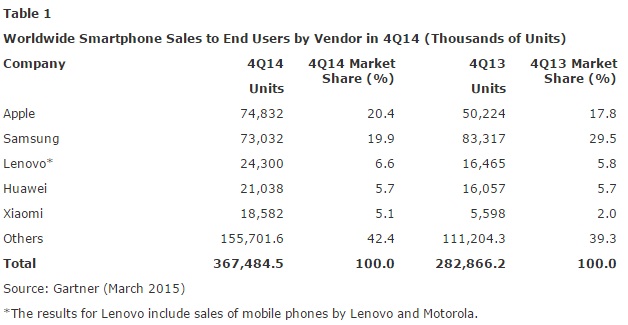 “Samsung’s performance in the smartphone market deteriorated further in the fourth quarter of 2014, when it lost nearly 10 percentage points in market share. Samsung continues to struggle to control its falling smartphone share, which was at its highest in the third quarter of 2013. This downward trend shows that Samsung’s share of profitable premium smartphone users has come under significant pressure.”