Last week Pebble teased a new version of the smartwatch on its website with a countdown for a launch. Today, a render has been spotted on Pebble’s own website which shows a larger smartwtch watch color display. 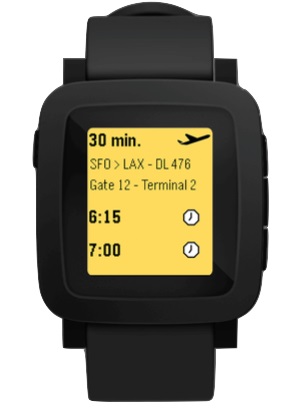 The render that was taken down from the website showed the Pebble smartwatch in a thinner body with wider screen and color e-ink display. It is expected that the watch will have Cortex M4 SoC with a 6-axis gyroscope. However, the smartwatch will lack a touchscreen and instead have buttons on the side like its two predecessors.The bezels on the watch are also larger than the existing ones.

It is touted that the new watch will come with a built-in microphone.  The new watch will reportedly run a brand new version of Pebble’s operating system that is designed by the tea behind webOS. Pebble is expected to officially announce the device on Tuesday, February 24, at 10 am Eastern time.