HTC is just a week away from launching the One M9 at the MWC 2015 on March 1st. Images and specs of the upcoming One M8 successor have been leaked by a German retail site. 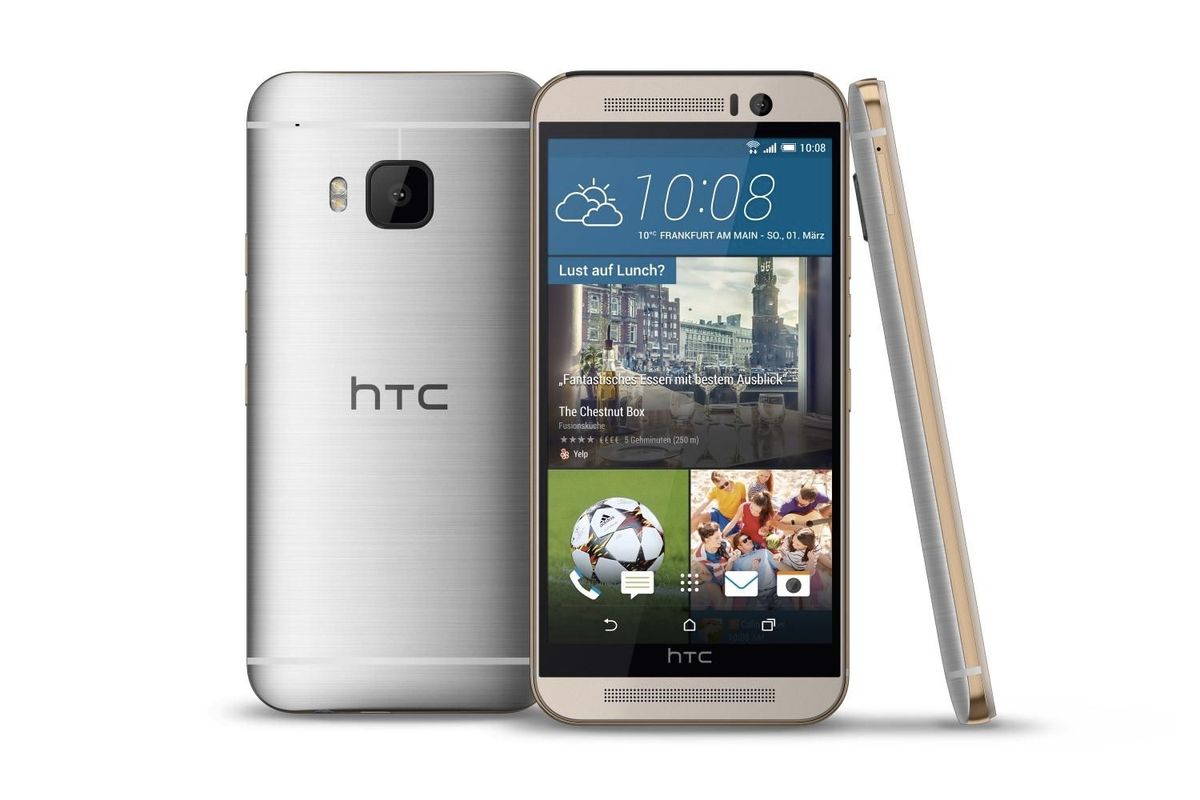 As per the listing, the phone is seen in gunmetal grey with black accents and silver with gold accents. The power button is now on the right side instead of the top. Placement of the camera and speaker grill is also changed. Coming to the specs, the leak states the One M9 will have 5-inch full HD (1920×1080 pixels) display, powered by a 2GHz Snapdragon 810 octa-core processor paired with 3GB of RAM. It will include 32GB internal storage, which can be further expanded up to 128GB using a microSD card.

The phone has 20MP rear camera with dual-LED flash and 4MP ultra pixel in the front. Measuring 9.61 mm thick, One (M9) will run Android 5.0 Lollipop with HTC Sense 7. HTC has packed 2900mAh battery to power this smartphone. Finally,the phone is priced at €749 on the site which no longer shows the listing. We will have to wait and and see if these leaks and render finally turn out to be the final product.