As part of a special tour of Huawei’s Chinese facilities, we learnt more about 5G and of Huawei’s role of making 5G a reality.

5G is the next major phase of mobile telecommunications and follows the global adoption of the 4G LTE (Long Term Evolution) standard since 2012. A new telecommunications standard is introduced approximately every ten years – 2G was in introduced in 1991, 3G in 2001 and 4G in 2012 – and 5G is expected to be made available in 2020-2022.

The fifth generation of mobile technology does not have a defined universally agreed upon standard – although a few likely technologies are emerging – and whereas 4G connections offer average speeds of 25-40Mbps at home, 5G is likely to offer speeds in excess of 500Mbps. Many entities believe that 5G will be defined by its ability to offer 1Gbps mobile seconds to ten (or more) simultaneous connections and Chinese mobile giant Huawei expects 5G to be at least 100 times faster than the fastest 4G LTE standard currently available (which offers download speeds of 300Mbps on the go).

4G in the UK currently uses the LTE standard with radio waves operating on the 800MHz, 1800MHz and 2.6GHz frequency bands. The 1800MHz band were repurposed by EE and Three to use with LTE whilst the other frequencies were made available to all networks in the 4G spectrum auction back in 2012.

Huawei believe that 5G will be based upon a combination of both new radio access technologies (RAT) and existing wireless technologies (such as LTE, HSPA, GSM and Wi-Fi), whilst others such as Samsung and researchers at New York University have discussed the concept of using millimetre-wave frequencies.

Millimetre-Wave frequencies lie between 3 to 300MHz which is much higher than existing network standards and offer the key benefit that they are scarcely used by other broadcast technologies – such as AM/FM Radio and TV – which means it has the potential for greater speeds and the capacity of more data to pass through it.

The millimetre-wave approach does have some potential downfalls as these waves do not pass through solid objects very well which makes them difficult to sustain over long distances. As a result, any millimetre-wave approach would use lots of smaller base stations (whereas current mobile networks rely on a combination of large base stations and smaller antennae in densely populated areas) and it’s expected that this approach will be used by all 5G standards to ensure maximum capacity and minimal latency.

As mentioned elsewhere, there is no universal 5G standard defined and when eventually launched, we could see a variety of standards operating under the 5G banner, similar to how both LTE and WiMAX – an American LTE standard used by CDMA networks – operate under the 4G banner.

What are the benefits of 5G?

The potential benefits to 5G are vast for both businesses and consumers – for the former, the additional capacity and speed should allow for greater mobile working whilst for consumers, the speed should offer additional benefits within the ability of your smartphone. E.g. a business using a 5G network would mean employees can video conference from any location whilst for consumers, 5G could allow you download a film to your smartphone in under a second.

Aside from the greater speed, another key benefit to 5G is the greater capacity. Current 4G contracts offer promises of speeds up to 150Mbps on the go but leave most users with inclusive data allowances of less than 5GB (although most networks do offer plans with higher allowances at an extra charge) due to limited capacity. 5G is expected to offer upwards of 1,000 times the capacity of 4G which would allow mobile networks to offer greater data allowances as part of their mobile plans.

Another widely-agreed benefit to 5G (regardless of standard adopted) is reduced latency. Latency is defined as the amount of time taken for data transfer to take place – e.g. the buffering period when streaming a video or the loading period when opening a web page – and as the number of users on 4G has increased, so has the latency. With 5G, Huawei is targeting latency of less than 1millisecond – compared to latency in excess of 50ms on 4G – which should mean that your video starts playing as soon as you hit play. 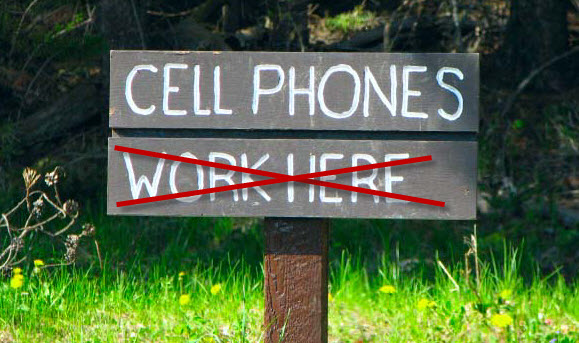 A likely additional benefit of 5G – depending on the standard used – is that it will allow current network coverage to expanded into hard-to-reach areas. Whilst 4G is widely being rolled out across the UK, there are areas where coverage (even on 2G) remains minimal at-best and with 5G, networks will be able to reach further areas by deploying multiple smaller antennae, which will allow signals to be emitted in multiple directions and even bounced off solid surfaces. 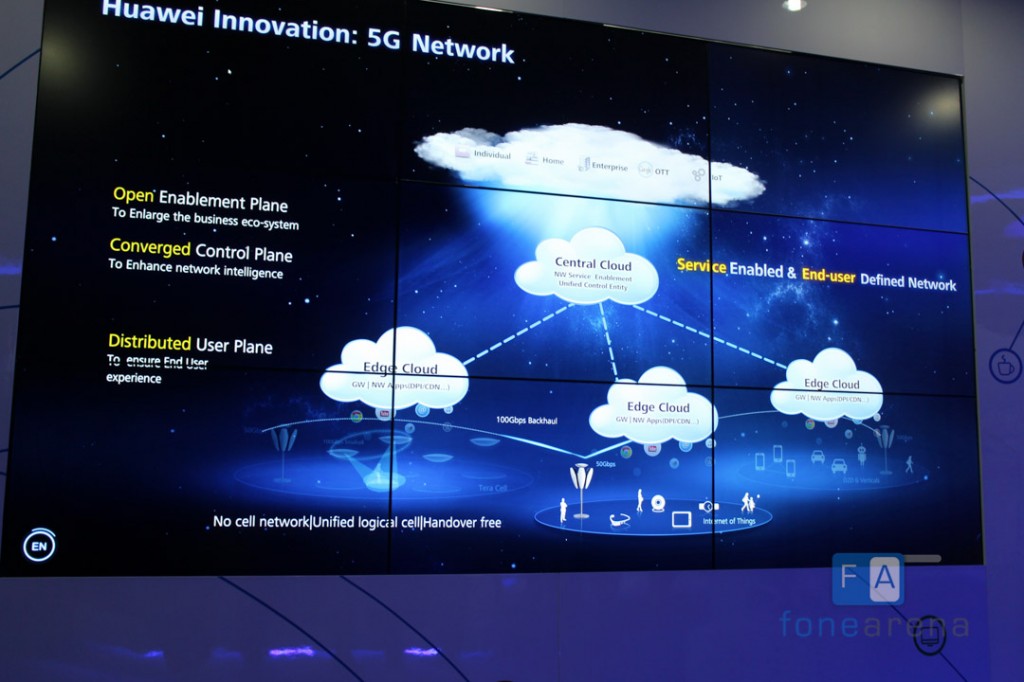 What is Huawei doing to make 5G a reality?

Like others in the networks industry, Huawei is vested in delivering a 5G network as soon as possible. In November last year, the Chinese manufacturer partnered with Russian carrier MegaFon to develop and build a prototype 5G network in time for FIFA World Cup that takes place in Russia in Summer 2018. If developed in time, this network is expected to be the first publicly launched 5G network and Huawei also plans to also deliver the world’s first 5G phones in time for the 2018 World Cup.

Huawei firmly believes that 5G will deliver the possibilities of 1Gbps data speeds, offer latency of less than 1 millisecond and support 100 billion connections as part of an everything-connected world. The company says that 5G will offer the benefits to mobile, Internet Of Things and Cloud services allowing data – both physically on your handset and virtually in the cloud – to be accessed freely and instantly.

As part of their network infrastructure division, Huawei is also investing in the development of 5G infrastructure, such as the mast array above. The base station seen below – or a variant of it at least – will be part of Huawei’s infrastructure offering 5G connections and enabling the next billion connections. 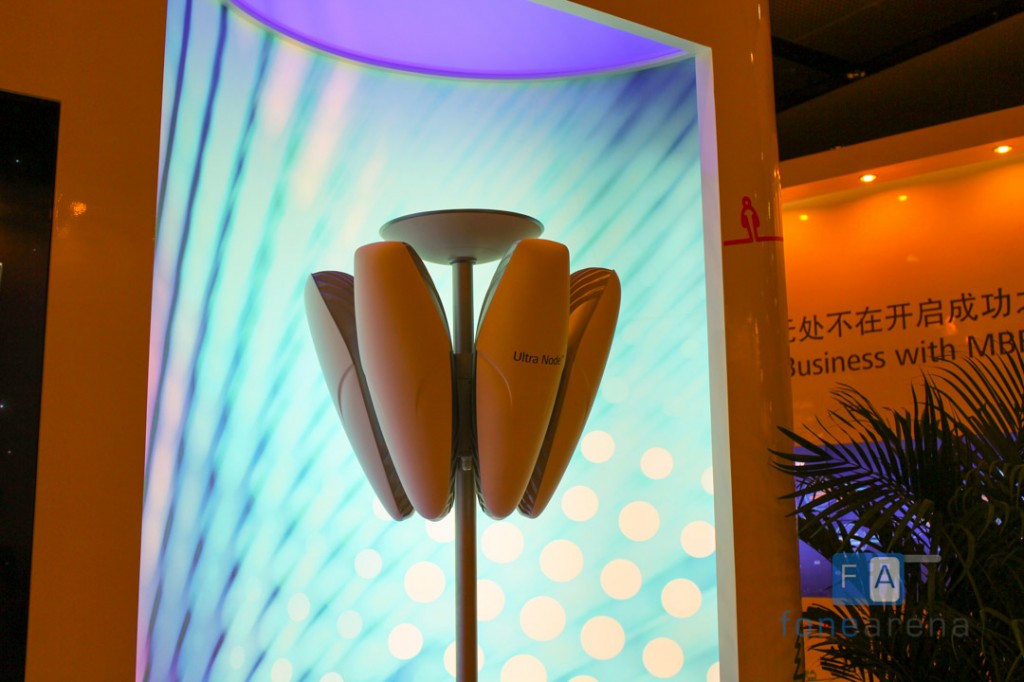 5G undoubtedly offers many hypothetical benefits to both businesses and consumers but with a clear standard yet to be defined, it’s difficult to know the exact breadth of those benefits. The reduced latency and congestion will offer tangible speed increases that will have a marked impact on industry in general.

Mayor of London, Boris Johnson, revealed last July that he wants London to be 5G-ready by 2020 making it one the world’s first pioneers of new internet infrastructure. At the time, Johnson stated “London is earning a reputation for being the tech capital of Europe and that is why we need to ensure every Londoner is able to access the very best digital connectivity” and it’s this vision which also defines the current rollout of 4G in the UK.

As with 4G and 4G+ (aka Carrier Aggregation, where two frequency bands are used simultaneously to offer double speeds), London is the first place new network technology is rolled out to the public and it’s likely we’ll see this happen with 5G. The rest of the UK however, may face a longer wait as – similar to 4G+ – a UK wide rollout is likely to take several years.