HTC will launch its next flagship phone at the upcoming MWC and the company has also sent out invites for the same. Dubbed as One M9, the phone’s specs have been leaked earlier and now we are getting a look at the device with the latest photo leak. 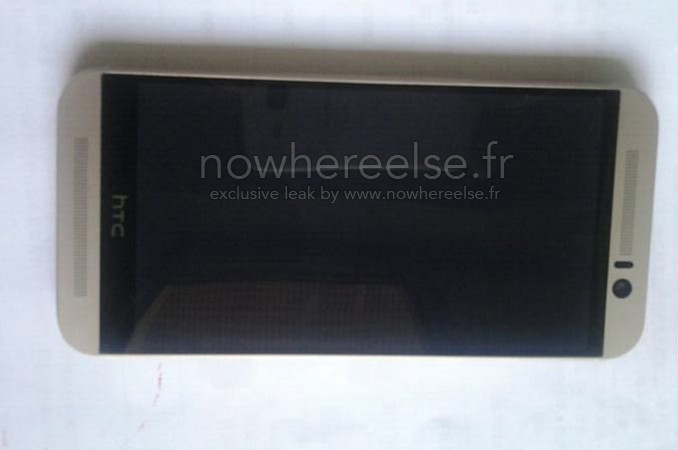 The leaks come from French website Nowhereelse.fr that gives a first look of the HTC One M9. Coming in line with an earlier report from Bloomberg, the HTC One M9 does have a similar design to its predecessors. We can even see the front-facing BoomSound speakers at the top and bottom of the display. The bezels on the phone are also slimmer as compared to earlier devices. 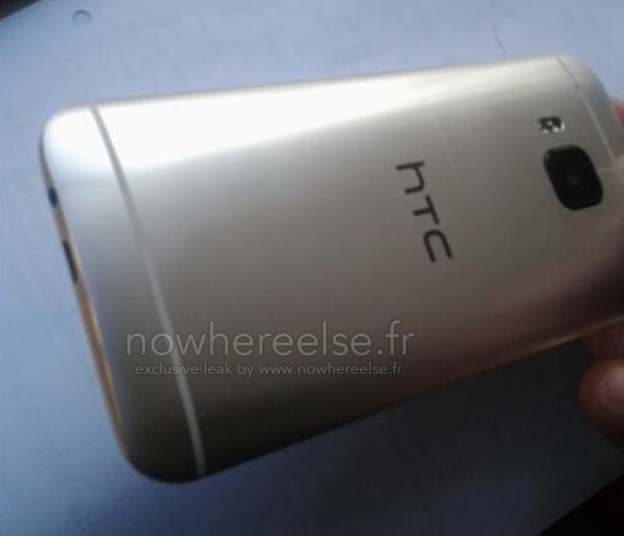 Another photo also shows the rear camera that has a square module than a round one which is seen for the dual camera. The HTC One M9 is expected to sport a 5-inch screen with 1920 x 1080 resolution for 440ppi, a 2GHz octa-core Qualcomm Snapdragon 810 processor, 3GB or RAM and Adreno 430 graphics. The camera should be 20.7-megapixel on the rear with a 13-megapixel front-facing selfie camera. It will run on Android Lollipop an have  a 3,500mAh battery.The HTC event at the MWC is set for March 1st, 4PM CET (8:30PM IST).