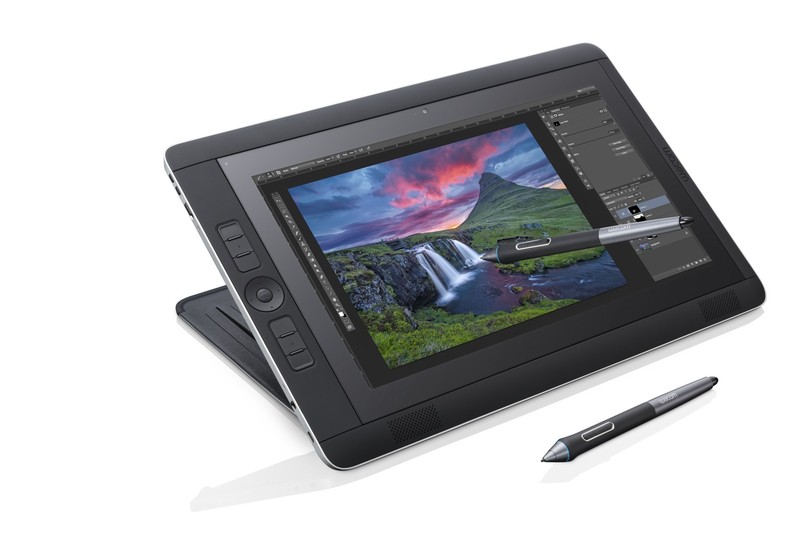 The Cintiq Companion 2 comes with 4-16GB of RAM, and 64-512GB Solid State storage. It measures 14.7 x 9.9 x 0.6 inches and weighs 1.75 kgs. The device comes with advanced controls like the Wacom Pro-Pen and multi touch. It can operate either as a standalone Windows 8 tablet or as a secondary display connected to a computer has redesigned and additional controls called ExpressKeys that can be used for different shortcuts. The tablet runs Windows 8.1 on Intel processors and incorporates a specially finished, super-sensitive screen meant to replicate a “natural pen-on-paper feel.”