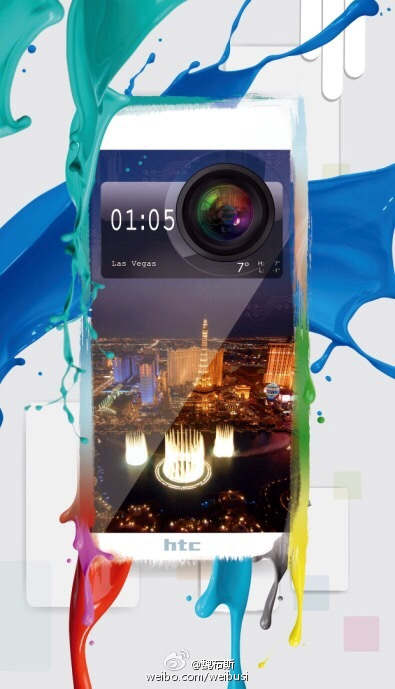 HTC has started sending invites for the CES 2015 event, according to a report from a weibo user in China. According to the invite, HTC is likely to launch a new smartphone with a huge camera sensor. There are different colors in the image, so the device could come in a range of colors like its earlier Desire series smartphones.

Detailed specifications of the HTC One M9 codenamed Hima surfaced recently. According to earlier rumors, the HTC Hima is expected to come with a 5-inch 1080p display, powered by a Snapdragon 810 processor, runs on Android 5.0 with Sense 7.0 on top, 3GB of RAM, a 20.7MP rear-facing camera, either a 13MP or 4MP UltraPixel front-facing camera and a 2840mAh battery. It also revealed dual front-facing speakers and gray, silver, gold, and gunmetal gold colors.

It is not clear if HTC plans to introduce the One M9 at CES 2015 itself or wait till MWC. It could also launch a new mid-range Desire smartphone. As you can see from the image, the event is scheduled on January 5th, a day before the CES starts. We should know the timing of the HTC event in coming days.