Microsoft announced in May that it will soon debut Skype translator with real time speech translation by the end of this year. The software giant has kept its promise and rolled out Skype’s real time translator preview. 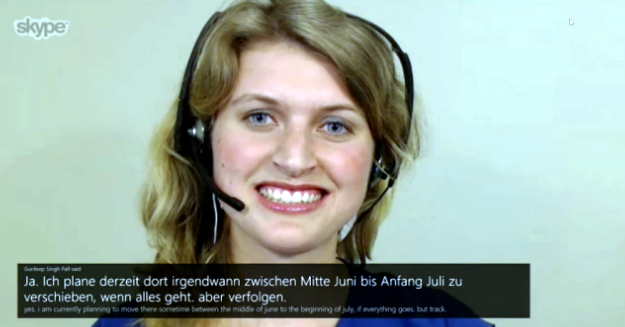 The latest feature translates conversations both ways in real-time. Currently the preview is available only for Windows 8.1 PCs and tablets and only in Spanish and English. Microsoft is expected to make the service available across a wide variety of devices and operating systems over time.

The Skype translator displays the text at the bottom of the screen in both the languages. The length of time it takes to translate is totally dependent on the length of the sentence or phrase. Microsoft said that the feature is a result of collaboration between Skype, Bing, Microsoft’s Research Lab. Microsoft is marketing Skype Translator as a tool for schools, and the company tested it out with students in the US and Mexico.