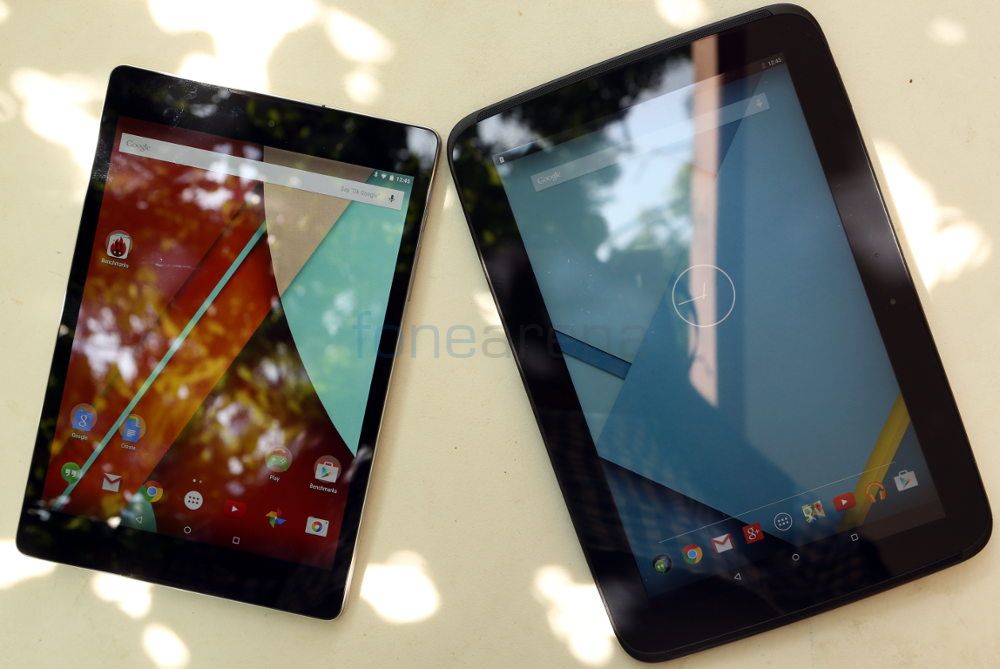 Google announced the Nexus 9 tablet made by HTC last month. We brought you the hand-on and the photo gallery of the Nexus 9 few weeks back while the unboxing earlier this week. Now lets compare the Nexus 9 with the Nexus 10 that was launched in 2012. 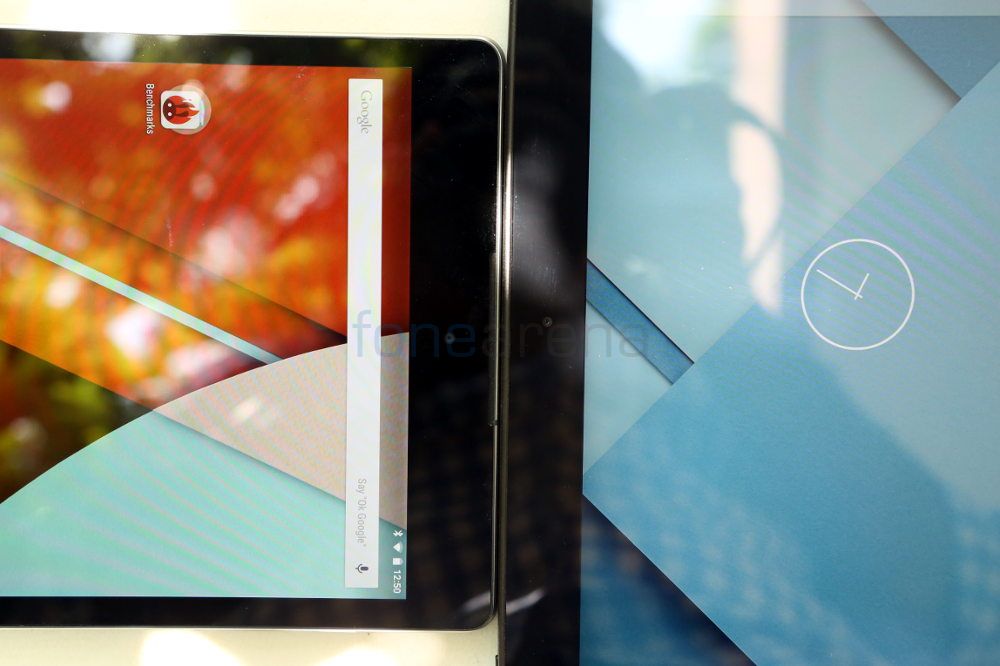 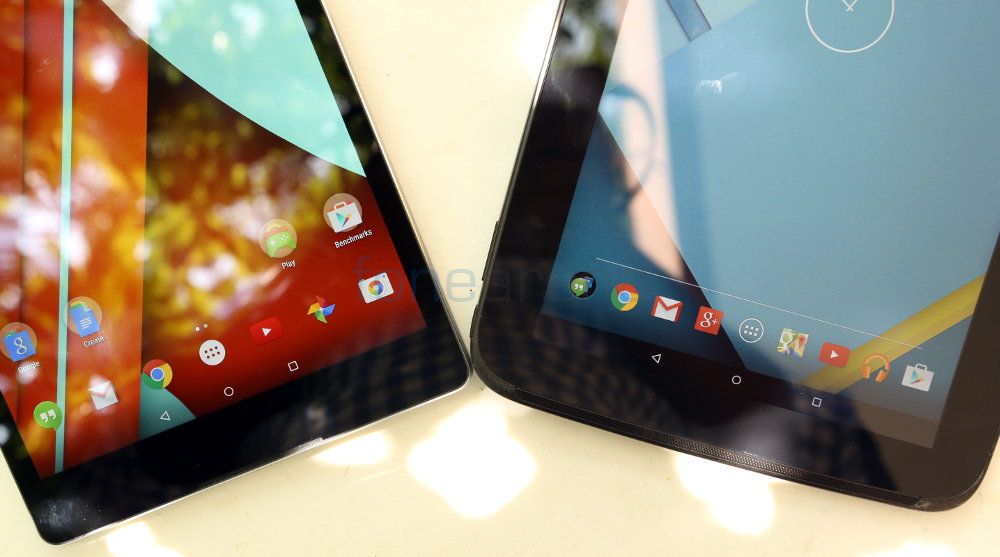 Both the tablets have on screen touch buttons. The front facing speaker is also seen on the Nexus 9 below the bezels. The Nexus 10 has a notification LED on the bezel, below the display. 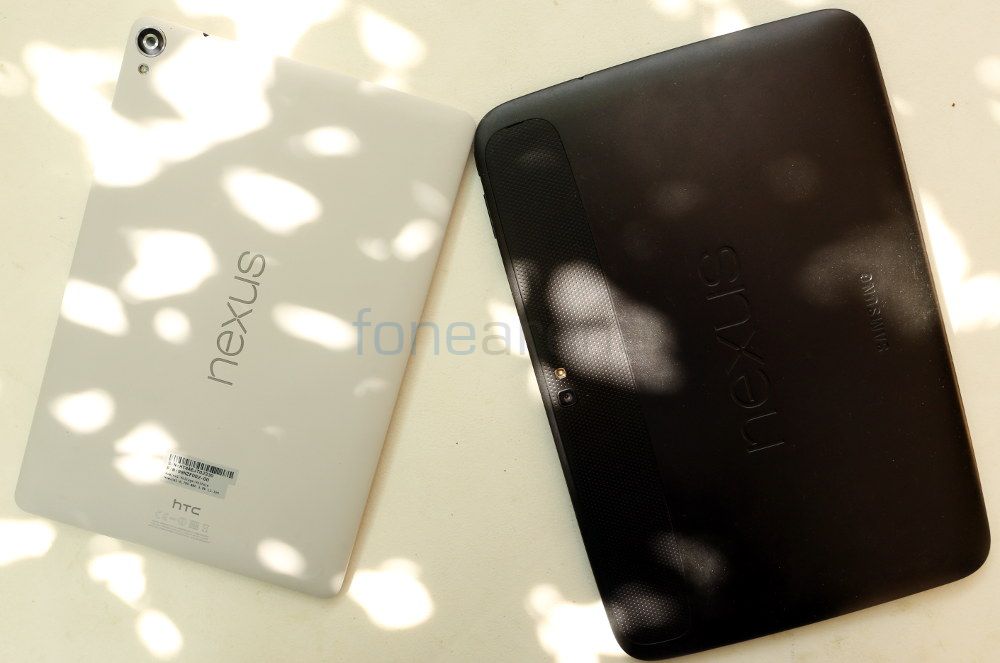 The back cover on the Nexus 9 has soft matte finish, similar to the Nexus 5. There is a large Nexus branding in the centre and a HTC branding on the bottom. While the Nexus 10 has a smooth plastic cover with rubbery feel at the top and a soft plastic below that with Nexus and Samsung branding. 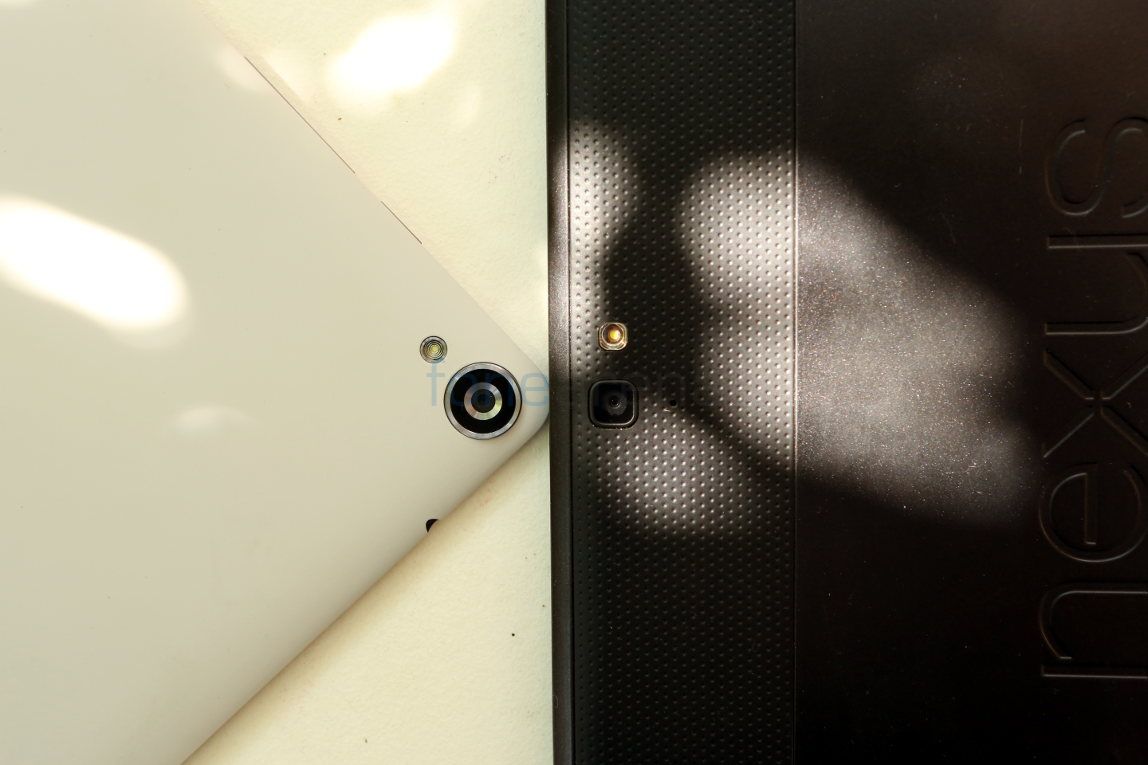 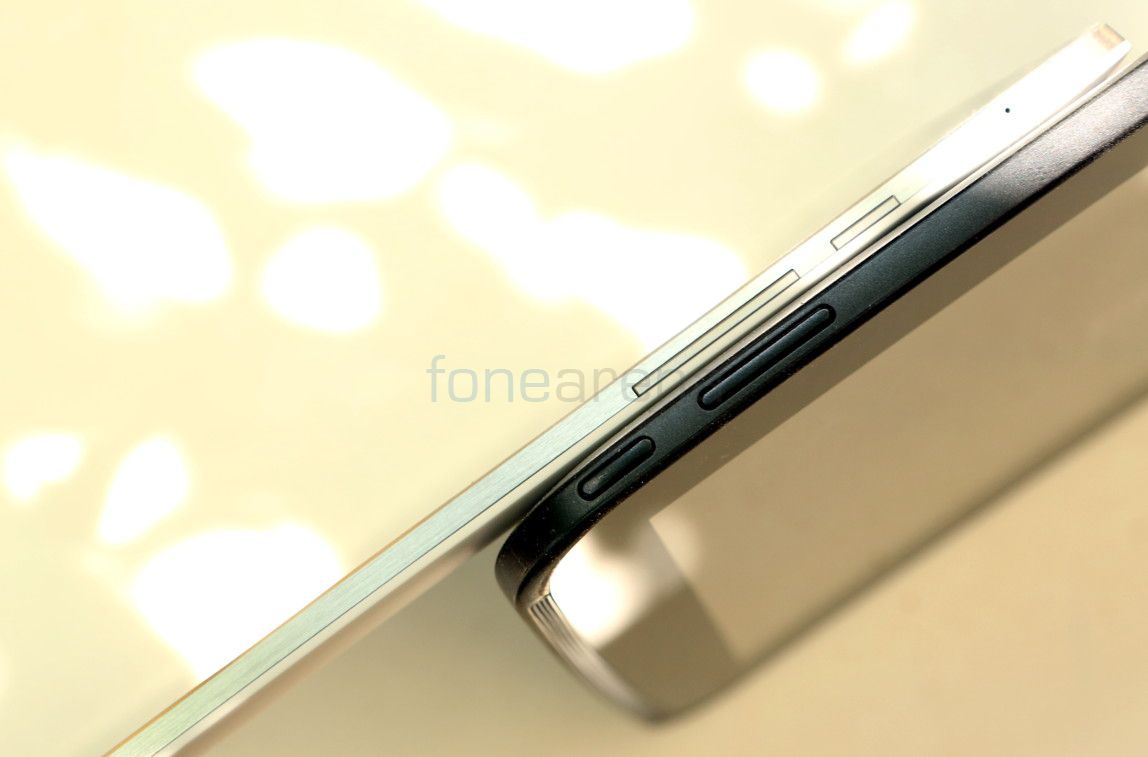