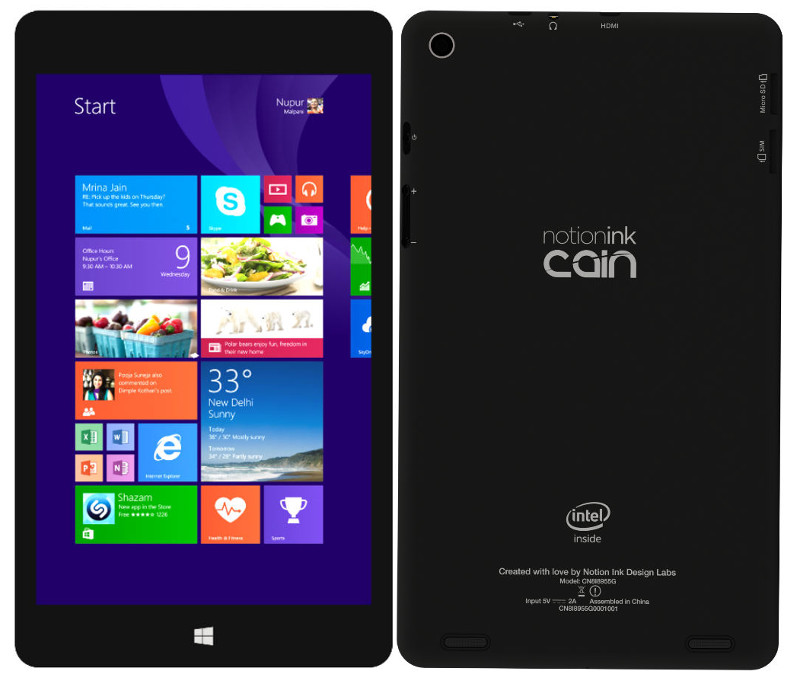 It has 3G connectivity via SIM card slot, 16GB of internal storage, microSD expansion slot, Mini HDMI port and the usual set of connectivity features such as WiFi 802.11 b/g/n and Bluetooth. It has USB OTG (on the go) support that lets you connect hard disks. It has dual speakers on the back, 2-megapixel front-facing and a 2-megapixel rear camera. It packs a 4000mAh battery.

Notion Ink plans to launch its Cain 8 tablet later this week exclusively on Snapdeal. We will get to know the pricing and the complete specifications of the tablet at that time.