Motorola Droid Turbo has leaked again in photos and this time it is seen in retail packaging. The latest phone from Motorola which is scheduled for a launch on October 28th has been leaked numerous times since past few months. 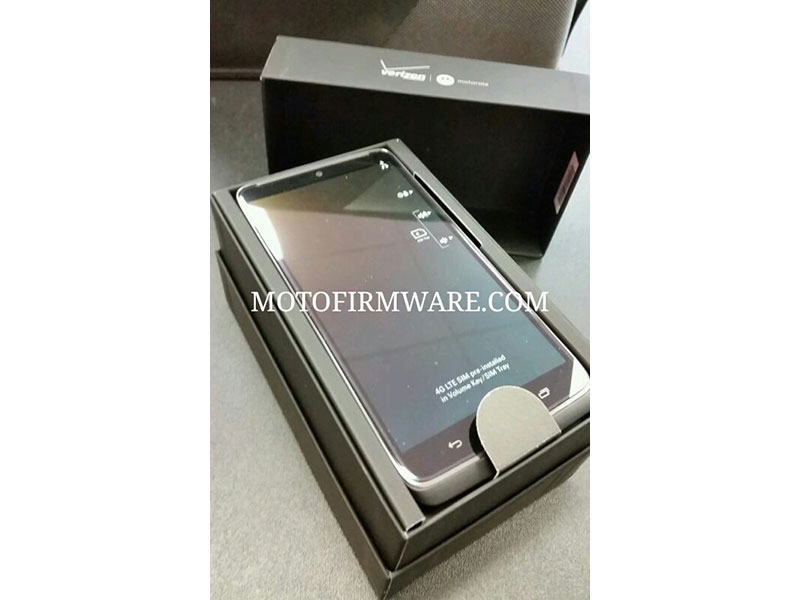 As per the photos, the phone is packed in a black retial box the also contains the Motorola’s Turbo Charger. The phone sports the Kevlar rear back panel and three capacitive buttons on the screen. We already know the detail specs of the phone that was leaked in a user manual earlier this month. Also, the Droid Turbo was seen in leaked press images two weeks back. 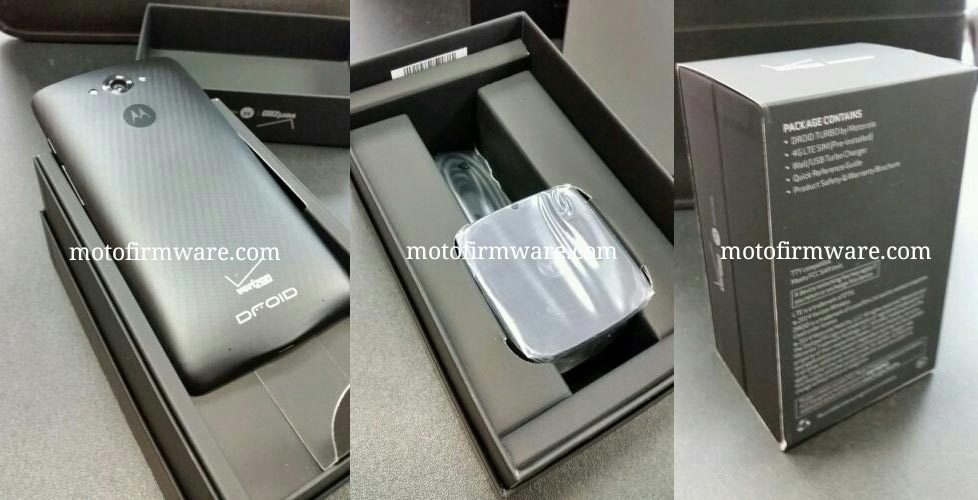 The Motorola Droid Turbo will feature a 5.2-inch ‘ultra-high definition’ display and will be powered by 2.7GHz quad-core Snapdragon 805 processor. It will have 21-megapixel rear camera, 3GB of RAM and a powerful 3900mAh battery. The phone will run on Android KitKat 4.4 and support 4G LTE connectivity. Motorola’s convenient software additions like Moto Assist, Moto Actions, and Moto Voice will also be present on the phone.